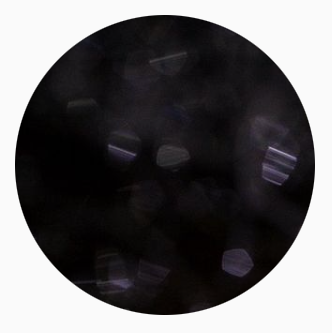 What would the LP be without its designed cover? What would our streaming services for music be without their visually representing surfaces, with all their parts and in particular the covers that are also integrated here. Covers that convey genres and styles, make musical works findable, attract attention, and make music perceptible to its listeners in a user interface.

The legible titles of the music pieces in the order of genres and styles form a silent data structure in digital music collections, an architecture for orientation. The visual design of the music preserves provides emphatic access to the intuition of potential listeners. Genre-specific graphic fractals and similar compositions appear again and again in the design of the music preserves to evoke the assignment to a certain style group in potential listeners. It is possible to distinguish a metal album from a hip-hop album through visual codes such as photographic styles, ornamental accessories, typographic styles and even the similar formulation of lyrics. The visual design of the information forms an artistic unity with the audible music. The medium of music communicates itself to the listener through its visual appearance. If a particular genre or style of music is liked, the listener is confronted with recurring visual stimuli and codes of design in similar canned sounds. If a listener's musical preference for a genre or style is consolidated, he or she begins to appropriate these visual stimuli. Among other things, in the form of cover designs or band logos depicted on T-shirts. If the listener wears such accessories, the personality of the listener is combined with a visual expression of the symbolism of the music. This expression of visual design thus developed becomes the shaping of the identity of disembodied music with its contained content of the listener and her body itself. If the listener identifies with it and reinforces this connection through the emphatic effect of the music she consumes, an intense consciousness of the self arises in it, which expresses itself non-verbally in the public and living environment as a feeling of the listener that can be perceived through her surroundings.

This form of communication functions individually, non-verbally, silently and with each listener up to groups of fans, whole scene groups, collectives, which begin to change visually based on the design. In a further step of bonding, fans also visually adapt to the formulated style of their music, use fractals like symbols and display them on their bodies. From collectives of listeners with similar musical habits, behavioural patterns such as special dance styles, a particular form of language and communication are established, thus forming an extended visual communication in the group that further transports the music and its identity.

When the American hip-hop group NWA, Niggers With Attitude, began to establish an unmistakable style in the early 1980s with powerful gold chains, black bomber jackets and white sneakers alongside their rap music, which suddenly became known worldwide, millions of fans and listeners turned to the music dressed like their idols within a few months. The music and the visual interpretation of an expression through clothing to the surrounding public became an extended visual communication of the music with social relevance. Purely through the wearing of the NWA style, a form of communication was created by the fans, worldwide, which only through their presence addressed social problems that the band discussed artistically, and thus made them projectable into consciousness as a silent protest through clothing.
As an attitude, listening habit and message to the outside world in abstract form.

Let's think of the cover of the classic "Unknown Pleasures" designed by Peter Saville for Joy Division in 1979. The waveforms depicted on the cover still have a pervasive effect around the world today. Also as a multiple detached from the original music, applied to different products, the symbol for the musicians from Manchester, who processed their generation in new music and provided generations of artists as well as millions of listeners with a lifestyle of revolutionary potential, can have an effect with its narrative and the power of revolutionary music. The fantasy figure Snaggletooth, designed by Joe Petagno, can still be found today as an illustration of the typographical word mark of the rock formation Motörhead next to the band's albums on countless T-shirts and scene-specific clothing of Metal and Rock’n’Roll fans. Until now, it communicates among all those belonging to a scene with all its preferences and similar listening habits. As a visual symbol, it has a nonverbal effect and conveys to all like-minded people a personality of the wearer who identifies with this music and, if applicable, the associated style and attitude to life. The symbol with its meta-information thus offers a projection surface and can form a social structure. In this structure, the emphatic experience contained in the music, up to a specific philosophy of life of one's own personality, can be shared without words, in conversation or in thought.

How about translating the identity in a musical expression of music by human beings into a new digital form? A system that integrates music listening into a relevant individual and social fabric - expanding music listening with a new social dimension? What if the communication expressed by a patch on a leather jacket, white sneakers with a baseball cap and gold chain on, or bell-bottoms with a Hawaiian shirt could also be expressed in an intelligent system through digital projection on the body? What if the listener could decide whether she wants to tell her environment that she is currently listening to her favourite album by her absolute favourite band while she is on her way to the club, on holiday or to work? How would it be if artists could express themselves not only through their musical works, such as album covers or band logos, at concerts, in music videos, in merchandising and other media, but also directly on their bodies in the mobile form of their fans, at any time? In an individual, symbiosis as real fan potential. How would it be if there were an intelligent system that communicated authentically which musical identity or personality one wants to convey and which scene one belongs to, even if this scene does not yet exist? What if Billie Eilish's absolute fans could recognise each other without words in the room, in a mobile, synthetic digital form?

AMP, Augmenting Musical Personalities, is a music-visualising intelligent system that integrates with any music player and displays in three holographic layers behind the listener's head.

AMP recognises the listening habits of the listener and develops a listening profile with a generative and constantly expanding, variable synthetic patch as a visualisation. This synthetic patch is displayed on a holographic semicircular plane that projects itself around the wearer's head like a floating scarf.

AMP can be called up or hidden at any time by the wearer. While the listener is playing music, AMP reads their body signals such as pulse, emphatic patterns of neuroactivity as well as movements of the body and the endorphin saturation in the blood. From this, the intelligent system calculates a listening profile that can correlate music in relation to the listener's enjoyment. The result is an ordered listening profile that no longer corresponds to a recognisable Punk fan or Metal fan, as in classical music. AMP enables mixed forms and can, for example, create the Punk fan as well as the punk-techno-funk-pop fan as a synthetic scene of music listeners.

Levels of personalisation via the AMP application:

AMP projects the synthetic patches as visual holograms with three superimposed, so to speak, portable patches: The first level remains constantly active after confirmation and conveys the genre as a graphic principle of form and colour. This composition of colour and form makes it possible for the environment to recognise whether the listener is listening to rock music, hip-hop music or techno. Listeners of techno music can thus already recognise themselves through the colour and animated play of forms on the first level. The second level can be developed by the artists/musicians and is formed through AMP while listening to the specific music. In this second level, the artist or band communicates itself through specially designed visual synthetic patches that can be changed. Similar to the design of their record cover or visual media, the artists can create a visual layer to their music and transfer it to the bodies of the listeners or fans via the AMP. All visual content that the synthetic patches can contain is purely abstract here. Colours and shapes can be animated as light objects or depicted statically. However, these visualisations do not contain any readable information such as typographic content or photographs.

The third visual level of AMP, which consists of abstract graphic symbols and optional typographic information, can be used to convey a scene affiliation, a scene or musical identity, so to speak, in a social structure such as a group. The social interaction in the social structure arises from the fact that AMP recognises a specific listening behaviour in a social group that, for example, meets at a place by appointment or by chance. If the individuals in this group show a particularly high degree of congruence of their musical personality, their listening profile, AMP maps this congruence visually. If, for example, fans of electronic music meet at a rave, the system recognises this collective, checks its authenticity because of the matching listening behaviour, and then combines the individual AMPs into a visual collective. AMP depicts this special bond between the individual listeners as a scene, so to speak, in abstract forms on the third visualisation level. When AMP activates such a collective, it plays a single animation of all the AMPs of these listeners that are active in this group. This is also possible as a short graphic impulse like a third level light-up when two people with active AMP meet for a short time and form a collective out of listening habit.

Long-time fans of Rock'n'Roll and metal music who have been to many festivals or places the scene appreciates several times are prioritised as high authenticity in an AMP collective. Through the activities, fans gather in real space that validate a group of listener as a scene not only through listening but also through social participation in relevant cultural formats.

Finally, AMP contributes to social understanding and genre mixing. As an intelligent system, it recognises every situation in which the listener has reacted particularly actively and emphatically to music that is foreign to her genre. The AMP remembers these moments for the listener. If the listener is in the vicinity of a group of other AMP listeners who can be identified as authentic ambassadors, so to speak, for the genre that is actually foreign to them, their AMP will generate a so-called connect impulse. This impulse consists of the highest and best-rated song of their genre by the current distant group. This is displayed via their AMP with an optional invitation for a conversation with this group. These makes AMP a music ambassador so to speak.