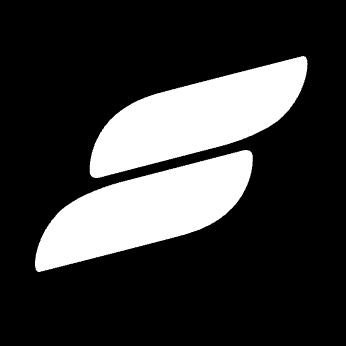 Slingshot expanded to the Optimism network at the end of last year and we’ve continued to see impressive user and volume growth. We’re sharing Slingshot data from January and August to show what an eight month difference looks like in regard to swapping volume and the number of active wallets (i.e., wallets actively swapping on Optimism using Slingshot). We’ll also include an overview of our first OP Promo, past swap bonuses, and DEX integrations available on Optimism. Let’s dive in.

During January, there were 1.3k wallets active on Slingshot that were swapping assets on the Optimism network. Last month, during August, there were 18.8k wallets active, showing a 14x increase in monthly number of Optimism wallets on Slingshot from January to August. We’ve seen a consistent rise in wallet activity throughout the past eight months, with a median amount of 4.2k active wallets in April, and recent months accounting for the largest increase in swapping activity. Overall, Slingshot has been used by 38.8k individual wallets on the Optimism network since the beginning of this year.

$26m of volume was swapped on Optimism using Slingshot during August. And nearly $70m so far this year.

During August, we teamed up with Layer3 to run an OP token promo for users to get up to 12 OP tokens when they swapped on Optimism using Slingshot. In under 24 hours, $10m of volume was swapped by 7k+ participants. The promo was intended to run from August 15th until August 21st, but within a day, our 50k OP tokens of rewards had already been accounted for.

Shortly after the OP Token Promo, we surprised select users when we awarded OP tokens for the first time as a bonus for swapping certain tiers of volume on Optimism from August 22nd until August 31st. Those who achieved Tier 3 were eligible to claim 25 OP tokens.

From August 15th through August 21st, Slingshot was ranked top user project in the Optimism ecosystem, and #1 amongst similar applications for transaction count and number of users. Since then, we have consistently remained a top three project on Optimism, as ranked by Dune.

As Slingshot continues to expand within the Optimism ecosystem, we’re excited to see further growth in swapping volume and number of active wallets. We anticipate future integrations to deepen liquidity, with four DEX integrations currently available on Optimism, including Curve, Beethoven X, Uniswap V3, and Velodrome. Stay tuned for future promos we have coming soon (hint: there’s a reason we said ‘first OP promo’ and ‘first past swap bonus’). And thank you always to our community for your support and excitement!

Please note: This message is provided for educational and informational purposes only. By using Slingshot, you agree to our Terms and Conditions. This is not investment advice or a recommendation or solicitation to swap or hold any digital asset or to use a particular investment strategy. Some digital assets and markets may be unregulated, so you may not be protected by government insurance or regulatory protections. Digital assets are unpredictable so there is risk that you lose funds. You may owe taxes on your transactions so you should seek independent tax advice.