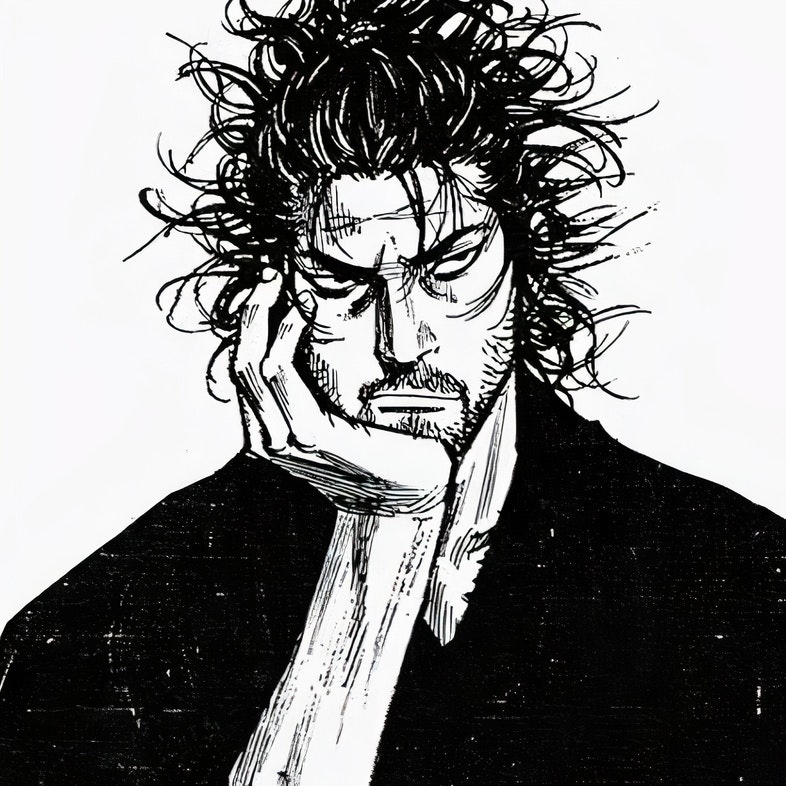 Even though NFTs have entered the mainstream, it’s easy to forget how nascent the NFT space is. During these formative times, it’s important that the community encourages creators to innovate and experiment. Additionally, each experiment comes with key learnings.

This is my journey…

Philip was a modest, hard-working (fictional) intern who was hired to hand-flip 10,000 images in Photoshop. Little did he know that the countless hours spent flipping images, mixed in with a few hours of introductory software development, would spark an ongoing movement on web3 copyright laws, conceptual art, and decentralization.

Philip was my first “Story Product” — a foray into what I believe is the future of interactive media, as well as the figurehead for my first project: CryptoPhunks. Born out of my love for NBA Top Shot, which captures the magic of opening up a pack of Pokemon cards, I wanted to create a fun parody project that captured this feeling in a new way. Intrigued by the brilliance of CryptoPunks, yet unsure of some of the decisions made by their parent company at the time (Larva Labs), I started building CryptoPhunks — a project which challenged the community to think about web3 copyright rules, introduced interactive story product, and allowed the team to experiment with smart contract innovation (ERC721R).

Across our various domains, we worked to create a truly magical experience that embraced the web3 future we believe in. However, Larva Labs saw things differently and issued a DMCA takedown request, leading to the collection being delisted and relisted several times on OpenSea (as of today, the collection is live on OpenSea).

CryptoPhunks began as a simple parody collection, which evolved into a movement representing something much larger in the NFT space. Because CryptoPhunks has always been a community-driven project, the web3 path forward was to decentralize the project by handing over the reins to our community, moving the metadata to IPFS, and allowing the community to continue the forward march of Phunks.

Since then, the community has continued to build on the brand, including launching their own marketplace, as well as championing a grassroots movement beyond what I could have imagined. Since the handover of the CryptoPhunks project to community leaders in July 2021, the team has not had any involvement (indirectly or directly) with the project. That being said, Phunk is punk, and the countercultural values that the Phunks movement was initially built on still live on today.

The CryptoPunks IP has since been acquired by Yuga Labs, a team that has proven to uphold the values of web3 by giving commercial and IP rights to punk owners. This addressed the original concerns I had with the decisions that Larva Labs was making.

My next two projects continued to push the boundaries of on-chain mechanics and helped us define the interactive “Story Product” that is core to the future of Azuki.

After the meteoric rise of r/wallstreetbets and the Gamestop saga, I was drawn to the messaging of the movement — “regular” people sticking it to staid incumbents, and I saw strong parallels to the ethos of web3. In July 2021, I asked, “What if a crazy chef cooked up chicken tenders for these apes?” Inspired by memes on r/wallstreetbets, we decided to create a “chicken tendies” NFT project with a unique serial-based raffle system. Following in the footsteps of the My Fucking Pickles meta, we were ready to take the tendies meme to another level.

The minting experience was designed to imitate ordering chicken tenders at a fast food restaurant. Some of the “tendies” were rarer than others (for example, there was a rare purple toxic-looking “tendie”). Throughout the process, I couldn’t help but reflect on the ridiculousness of what we were doing, such as giving feedback to the NFT artist that the “tendies” looked too much like turds.

Despite our best efforts, the project had gone as far as it could, with only 15% of the collection minted. We did everything we could to gain traction for the project. Ultimately, we realized that although memes were powerful, they could only take us so far. Although the community loved the story behind the blind chef who had an equal chance of cooking up a golden “tendie” or burning the restaurant down (Story Product), a project needed real substance to create a lasting community. We wound down the project after paying the raffle winners ETH and a Gutter Cat Gang.

One often overlooked aspect of the NFT user journey is the minting experience, which has always fascinated me. I have spent countless hours looking through trait distributions with various NFT projects. I couldn't stop experimenting with the idea of randomization and trait rarity. One question that fascinated me was: “Would you risk rolling the dice on your NFT for a rarer NFT? What if you got unlucky at reveal and were stuck with buck teeth?” Intrigued by how iconic Punk avatars had become, I had a product thesis that I wanted to explore around on-chain composition and rerollable traits.

From the storytelling perspective, I saw memetic potential with the idea of “the last 10,000 Punks.” Larva Labs’ collection had never created an alien with buck teeth, but why not? Continuing to ride the wave of parodying Punks made sense because there were still thousands of Punk combinations that had never been seen.

CryptoZunks allowed rerolling of individual traits on-chain to compile “the last 10,000 Punks,” with unique trait combinations from the original Punks collection. After assembling a small team, we built and delivered a unique minting experience backed by an innovative smart contract. We followed that with a free claimable pet with re-rollable traits, a customizable PFP product, and a free custom Halloween Zunk builder.

Despite my initial excitement, some of us started to see the limitations of the project due to gas costs on Ethereum killing the product experience. The project went as far as it could, and after some team members left, the community was no longer connected with the meme of “the last 10,000 Punks.” We worked with the community to take the project as far as we could, but less than 15% of the free airdrop was claimed due to the gas costs associated, signaling lack of demand for the project.

From these projects, it was clear that blindly following the NFT meta doesn’t get you far. Hiring passionate people and giving them original ideas to work with is key, since not everyone will stick around through difficult times if they don’t love the core concept. I learned to always aim for substance with a real narrative. Going forward, I would work on a vision that combines a team’s unique skill sets, to build something more meaningful.

With the learnings from the previous projects, some of us had really found our stride working together, and we knew we had something special: a unique set of complementary skills, a unified desire to create something great, and the ability to make amazing things.

In September 2021, I (along with location, 2pm, and hoshi) quit our jobs to create a new company to make this happen. We spent time brainstorming different product ideas (e.g., a new marketplace, better wallet, infrastructure tooling for web3, etc). However, at the end of the day, NFTs were our first love, so we asked ourselves a new question: what does the next generation of great storytelling look like? Ownership by the community creates a once-in-a-lifetime window to redefine culture, storytelling, and the future of media. We were fully aligned in building towards this dream, and thus the vision for Azuki was born.

Azuki wouldn’t be what it is today without the learnings from our previous projects:

Building the future of web3 together

Creating something great takes a strong concept, the right team, many cycles of iteration, and the opportunity to experiment. Participation in a web3 revolution involves risks and rewards. For the Azuki team, we quit stable 9-to-5 jobs to ape into the crazy world of NFTs. Despite the ups and downs of the space, we love it all because we believe in the Azuki mission to reimagine storytelling through a web3 lens.

Builders must learn from each experience, coming back to the drawing board with something innovative and significant each time. Bold innovation in tech and art is key to the success of Azuki. We experiment based on first principles, not convention. We fill in gaps in the space when we see them. This team pushes tech forward, and advocates for meaningful art, as well as deep, immersive storytelling. Azuki is our vision for the future of web3.

The road to success is unpaved, with many bumps along the way. I joined the crypto space years ago because I believed that the web3 community collectively could shift the balance of power away from centralized web2 companies. Let’s continue to share our learnings in order to push the space forward.