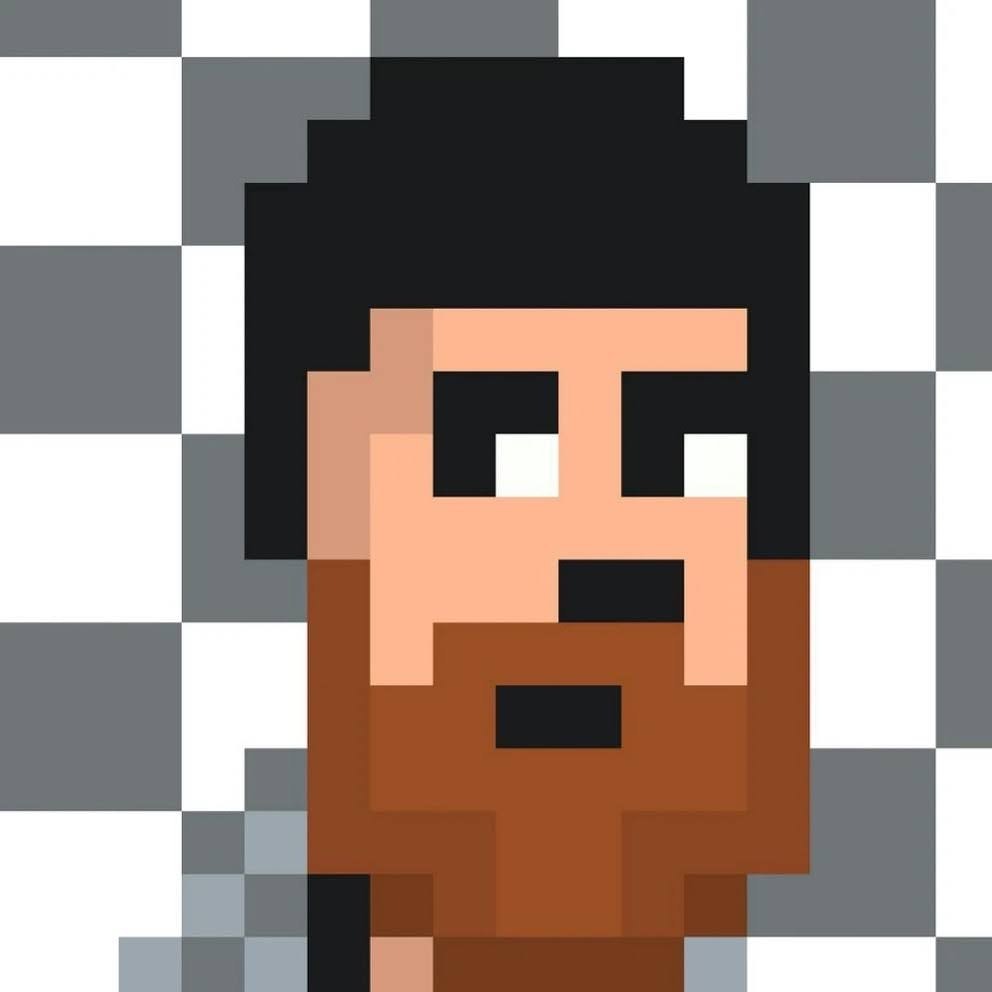 And for the next seven years or so, from 2012 to 2018, crypto became my language, my religion, my life. I had big dreams, but eventually lost focus.

Sometimes life just gets in the way. Maybe that’s inevitable. But I refuse to spend the rest of my life wondering what might’ve been had I rededicated myself to building a decentralized future. The beautiful thing about the crypto space is that there’s always a new opportunity to build something.

Nine months ago, while working on my startup Artfunder, I discovered a new idea: Decentralized Social or DeSo. The community there reminded me why I loved crypto so much in the first place. Suddenly, I was on a mission to decentralize social media.

DeSo is of course just one blockchain in a sea of new technology increasingly referred to collectively as web3. I’m happy to share my thoughts today on the future I see for the whole industry.

Genesis of a Value Web

If you're not familiar with the terms web1, web2, and web3, here’s my take:

Sometime before 2015, once enough people had adopted Bitcoin, the web officially had its own native money. This was the genesis of web3.

Fundamentally, web3 is about property. There are many potential applications, but they extend from a need for better systems to create, define, custody, trade, and share things of value.

There have been enough grifts and flubs and hacks in crypto that it’s easy to criticize. However, to be totally opposed to web3 necessitates a strong belief that the incumbent system is good enough, with USD as the global reserve currency, the Federal Reserve printing money at will, and Big Tech owning your data and original content. It’s not hard to speculate that most people who think they’re opposed to web3, are actually believers who just don’t know it yet.

The Evolution of Capitalism

Bitcoin and Ethereum have formed the backbone of web3, but there’s more to the story. The next chapter is about leveraging an ever-widening array of interoperable decentralized technology to build a more robust global economy on a permanent web.

We're witnessing the birth of a new economic system. Its features and tenets are just now being devised and refined in transparent ways by millions of people around the world. Everyone is welcome to participate.

Traditionally, people who are not wealthy insiders can only make investments through public markets. So far, there are only a handful of publicly traded crypto funds and stocks, like these:

One of the great things about crypto is how it democratizes access to investments. For example, people already have easy access to 95 vetted crypto assets through Kraken. If you’re tech savvy enough, you could invest directly in over 1,150 crypto assets worldwide, each with market capitalizations above $10 million (at time of writing).

It may appear web3 has achieved escape velocity, but that’s not quite the reality. Most investors today aren’t comfortable with the idea of investing in individual stocks, let alone crypto. They are instead seeking broad exposure to markets via exchange traded funds (ETFs). Passive funds are also absorbing trillions more dollars than they have in the past:

These trends may be well and good for preserving the status quo. However, their direction makes it hard to believe that capital at scale will be sufficiently allocated to high quality crypto assets. In other words, the byzantine structure of traditional capital markets and fundraising regulation are essentially blocking many excellent investments.

Thankfully, the opportunity does exist today for anyone with any amount of capital to accelerate web3, and to benefit from the opportunity it provides us to move the world forward. The catch is that you have to do the work.

Web3 is about creating, sharing, and executing on ideas that can work best for all people, superseding restrictions associated with geography, politics, education, age, class, race, or gender. The crypto community believes that freedom from the inefficiencies of the traditional system will create enormous value for the world, and that the web3 economy will one day provide a truly equal playing field for all.

Adoption of web3 goes hand-in-hand with reducing bureaucracy. This process will likely make the world more technocratic, presenting some social risk. This problem is mitigated in part by software and documentation being public and free. We’re also seeing new industry jobs and social tokens pop up which remunerate people for less technical and more creative or community-based work. Nevertheless, the web3 economy will indeed favour those who embrace it.

Ask anyone involved in the crypto industry and they’ll tell you that global access and education are extremely high priorities. This is evidenced by Washington D.C. nonprofit CoinCenter receiving millions in donations to further their mission to, “build a better understanding of these technologies and to promote a regulatory climate that preserves the freedom to innovate.” CoinCenter is one of dozens of similar independent organizations around the world, such as the Bitcoin Foundation and the Ethereum Foundation, focusing on education and a smooth transition to web3.

The Trend is Your Friend

In order to gain access to early stage startup investment deals in tech, you've traditionally been required to be accredited and connected in Silicon Valley. In theory, the only true barrier to entry in crypto should be awareness.

Venture capital firms poured over $6.5 billion into the crypto space in Q3 2021. Many of these deals are still private, but they’re supporting web3 infrastructure which will further democratize access in the future.

New applications for crypto, such as NFT marketplaces, DAOs, DeFi and DEXs, CeFi, charities, GameFi, DeSo, etc., are being invented, funded (often by the crowd), built, and shipped with blinding speed.

Metamask, a five-year-old project, is a browser extension that enables people to interact with the Ethereum blockchain. This graph depicting its adoption is a pretty good proxy for the recent progress of web3 overall:

Clearly, web3 is inheriting from web2 Silicon Valley startups the role of disruptor. This time it isn't just the media and retail in the crosshairs. It's the multi-trillion dollar monolith of Big Tech plus the entirety of the financial sector.

Former Facebook VP Sam Lessin recently spent $1.7 million for a 5% interest in the future revenue of YouTuber Marina Mogilko. What if deals like that could happen on a smaller scale with just a few clicks and virtually no fees? How many people would invest $1 or $100 into projects by their favourite artists or entrepreneurs if they could? Web3 enables this.

When you envision a future where any human can easily invest any amount of any asset into anything or anyone at any time, the future of traditional investing begins to appear bleak indeed.

A Metaverse for the People

The metaverse belongs to us all. It belongs to Decentraland, and Cryptovoxels, and Axie Infinity, and the scores of new projects using crypto in innovative ways.

The emergence of what the crypto community considers the metaverse was sparked by the ICO boom of 2017. I had a window into this at the time as founder and host of event series Hamilton Blockchain. Facebook now Meta’s pivot to the metaverse was inconceivable at that time.

Meta’s vision for the metaverse is unlikely to even be compatible with web3, as evidenced by their executive David Marcus stepping down after being unable to launch their cryptocurrency project, Diem. This represents the company’s second failed attempt to enter crypto. Nevertheless, an $800+ billion company choosing to signal loudly that they are embracing tech which shares a natural border with crypto is optimistic.

Facebook’s name change reveals how Big Tech is beginning to wriggle in what will no doubt become a series of quasi-concerted efforts to rework web3 narratives to suit their monopolistic corporate agendas. Next, I expect governments will pull a 180 and soften towards Big Tech in an effort to work more closely with them on mass surveillance.

To enter the metaverse, you must choose: corporate oligarchy or economic freedom?

Jack Dorsey retired from Twitter last week. Rumour has it he'll be focusing on Bitcoin, as he stated early this year that it's his passion, and that there is nothing more important to work on. His payments company also changed their name last week from Square to Block. The company already has a large crypto arm called Spiral, and so it seems the name change is in direct reference to blockchain technology. Jack’s moves last week may well be historic events in our progression from web2 to web3.

The next wave of tech entrepreneurs are at an inflection point. Founders have many new ways to fundraise with less friction. This means more focus on ideation and execution of the business, with less schmoozing, building decks, and painstaking interaction with legacy financial systems. There are a slew of grants and funds out there with open calls for web3 projects, like DeSo’s $50m Octane Fund, the $100m Grant for the web, and many more. As mentioned, VCs are also super active in the space, with leaders like Coinbase Ventures doing 49 deals in Q3 2021 alone. The state of crypto in 2021 augurs a full-blown paradigm shift in technology investing.

Web3 will lead to unprecedented value creation because it provides exponentially better methods for the appraisal and management of digital property. This new framework will provide much stronger incentivizes for people to pursue their most radical and idiosyncratic creative work. Next, incredible technological and artistic expressions will increasingly build on each other in an awesome symbiosis. The promise of web3 is that our collective creativity can propel civilization into an era of prosperity beyond anything the world has ever known.