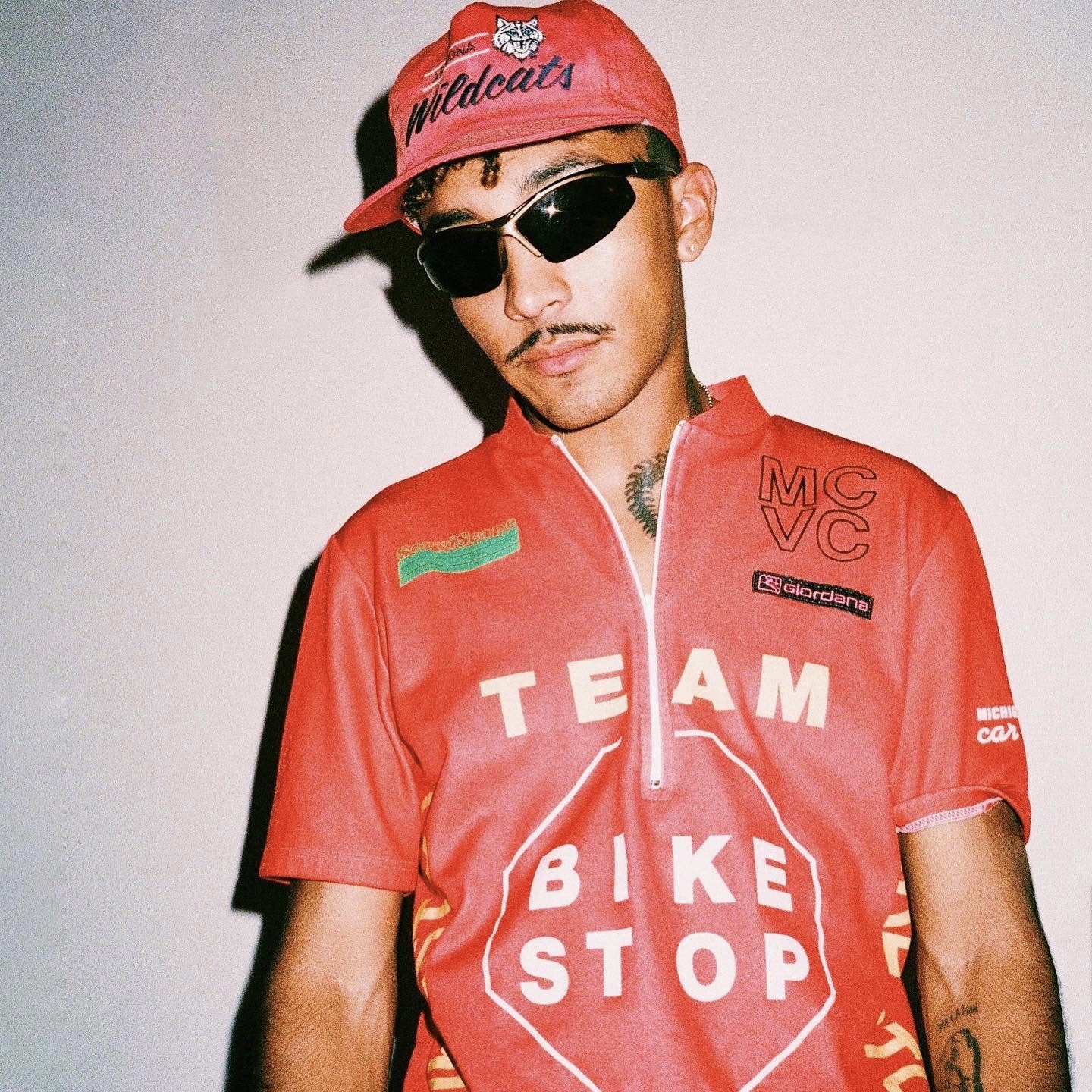 My name is Daz Merchant.

I’m 24, based in Los Angeles, and an emerging artist in web3.

I was born in Hartford CT, but moved around to some of the biggest cities in the past few years.  My introduction to music primarily centered around Hip-Hop, but between living in NYC+LA, the coastal nightlife helped me to identify my personal sound. In 2019 I met Grady through my roommate. Since then Grady has fostered my musical journey and exposed me to so many different sides of the music space.

When Good Karma Records launched in the Fall of 2021, I was onboarded to Web3 as their introductory artist. Web3 has allowed me to explore a wider range of my musical ability alongside some incredible producers and artists in the space.  Since entering, the quality of my music has improved and it has allowed me to transition into doing music full-time, which is something I never thought would be possible.

Today - I’m excited to team up with StudioX to crowdfund the release of the remaining songs off my debut album “Fever.”

We’re raising 7.5 ETH in exchange for one edition on the remaining 6 songs on Fever.

There will be 50 Fever Album NFTs available starting on Friday, November 21st at 2 PST.

Here’s what you need to know.

Fever is my debut album.

I’ve been releasing one single off Fever on Sound.xyz for each of the past 6 weeks.

You can find a link to each of these tracks here:

I plan to continue to do this until the album is completely released around mid-December to early January.

To help roll out the album, we’re partnering with StudioX to crowdfund the future sales of the remaining songs.

StudioX is a music crowdfunding platform allowing artists to sell future NFTs before they’ve been released.

I’m doing this crowdfund to professionally mix and master Fever for release on streaming platforms like Spotify and to create another music video like Count Bands.

My goal is to consolidate a group of people that fully back my album and my journey as an artist now and in the future. These supporters will be integral to the success of my debut album outside of Web3 and will be valued partners in my community for the rest of my music career.

This is not just a show of support in the album+visual assets but in the big picture of “Daz Merchant” and all that I am planning to do inside and outside of Web3.

On Thursday, November 24th - the crowdfund will open.

By buying an Album NFT - backers will receive one edition from each of the remaining 6 songs off Fever airdropped directly to their wallet.

You can think of this as buying one edition of each of the next six songs in advance, at a discounted price of 0.025 ETH per song.

When uploading each individual single to Sound - we will take a snapshot of all the addresses holding Album NFTs.

Each week, one edition of every song will be airdropped to the wallets holding Album NFTs.

If you hold 2 Album NFTs, you will receive 2 editions of the next Music NFT on Sound.

Backers do not have to claim their editions, they will be manually airdropped to the address holding the Album NFT.

There is a cap of 5 Album NFTs available per wallet.

In the event an Album NFT is transferred or sold in between each song, the new owner will receive the following airdrop.

Stated another way - whichever address holds the Album NFT on the day the next single is uploaded will be the address that receives the free edition of that song.

So, all crowdfund backers must do is simply hold their Album NFT as we roll out the remaining singles - and you will receive all six editions directly to your wallet.

Starting the week after the crowdfund closes or on the week of November 28th (whichever comes sooner) - I will release one song off Fever per week.

Each of the remaining 6 songs is expected to be released with the same drop format.

When you come to a new song page, collectors will see up to 50 editions airdropped to each of the Album NFT holders.

This means there will be an additional 25 editions left available to presale and public collectors.

For any of the remaining 25 editions not sold during the presale at 0.03 ETH, they will be rolled over to the public at an increased mint price of 0.04 ETH.

Each sold out single is expected to net an additional 0.75 - 1 ETH beyond the backers themselves.

I reserve the right to change this drop format at any time, though any potential changes will be communicated via my collector group chat on Telegram in advance.

Web3 has been an amazing opportunity for my growth as a musician.

It has allowed me to explore a breadth of music creation that I would not have been able to do in the traditional music space.  I have gotten to work and collaborate with some of the best creators in this space to bring this album to the community including but not limited to Grady, Daniel Allan, and Reo Cragun.

All the collectors who have supported my Music NFT releases thus far have made it possible for me to become a full-time musician and get back into the studio to begin working on my next project.

This is only the beginning for me as an artist.  Through the support of my community + collectors, I hope to bridge into bigger/better projects and be able to bring them to fruition faster.