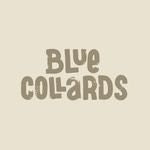 My name is T.S. Strickland, and I’m the founder of Blue Collards — an upcoming tokenized community that rewards good taste and culinary storytelling. We’re on a mission to be the Web3 home for chefs, mixologists and other culinary creators and, along the way, to create a more transparent and equitable food system.

Blue Collards is very much still in development, but in the spirit of building in public, I want to invite you into our process, tell you a bit about the inspiration behind the project and announce a related experiment that will be kicking off this fall: The Blue Collards Supper Club.

It all started with an oyster 🦪

To really grok what Blue Collards is about, you have to understand our origins.

I grew up way down on the Gulf Coast, in a little place called Pensacola, Florida. Down here, on the tattered edge of America, bloodlines get tangled with fishing lines, and eating one’s first raw oyster is a rite of passage. For me, it was with my dad at Hunt's Oyster Bar, a legendary spot in the tiny fishing village of St. Andrews, a couple hours east of Pensacola.

At Hunt's, the oysters were from Apalachicola, a town synonymous with great shellfish. In those days, they were plentiful — fresh and briny as the Gulf itself. You could get a dozen on the half shell for less than $10. The barman would shuck them in front of you, their molluscan hearts still beating in their shells, and you’d toss them back with a saltine cracker, spritz of lemon and drop of Tabasco sauce.

We really didn't know how good we had it.

Fast forward a decade and a half, and I was working as a food writer. The BP oil spill had ravaged our coastline, and Apalach's famous oyster fishery was on the very brink of collapse, helped along by decades of over-harvesting and a drawn-out water war with Georgia.

I spent a lot of time in Apalach back then, skulking around docks and chatting up oystermen. I learned it wasn't just folks' livelihoods that were on the line. It was their very way of life. I wrote a lot about that idea and, in the process, came to appreciate oysters in a deeper way. An oyster, I realized, was a symbol.

As filter feeders, shellfish represent their environments in a way few other foods can. When you eat an oyster, you really are eating the essence of an estuary, which is itself the essence of all the watersheds that feed it — and all the lives that depend on that interwoven tapestry of landscapes, organisms and natural processes.

Of Molluscs and Meth 🔫

When I think back on that time, one encounter stands in particularly sharp relief. I was at the home of one of the last traditional marine blacksmiths on the Gulf Coast, working on a short documentary about the dying craft of oyster-tong making.

A set of oyster tongs, for the uninitiated, is what oystermen use to scrape shellfish from the bottom of the ocean. Picture two enormous steel garden rakes fastened together, scissor-like, and you’ll get the general idea.

This particular blacksmith’s father had been a pillar of the community, a proud craftsmen whose work was prized by oystermen and collectors alike. Now, just one generation later, the son’s craft had become all but useless. He made cabinets to pay the bills and drank too much. He'd become a town pariah.

That day, while we were standing in this fellow’s workshop, talking and filming, his nephew rolled up with a friend and pulled a 12-gauge shotgun on us. The boy wanted money to buy meth.

It’s one of only a handful of times that I’ve actually seen my life flash before my eyes.

After a few tense minutes — and some skilled negotiating on the part of our friend the blacksmith — the boy put his gun away, and we went back to our interview. But the experience stuck with me — not just because we’d nearly died. There was a larger point, too.

In the span of just two generations, this family had gone from proud people who knew their place in the order of things to people who were willing to kill family for drugs. Their story was the story of many. Truly, it was the story of most of rural America. And the linchpin in all of it was that little oyster.

So that was my life. Telling the same sordid tale again and again: Environmental catastrophe. Cultural collapse. Rinse and repeat. Then, I heard a hopeful tale: In those days, some very bright folks in Alabama were laying the groundwork for a Gulf Coast seafood renaissance. The key to this revolution, I was told, was aquaculture.

Of course, folks had been farming oysters for decades in New England and on the West Coast, where the wild fisheries had long-ago collapsed. Here on the Gulf of Mexico, though, it was uncharted territory.

As these new techniques spread, oystermen began to trade their oyster tongs for lab-coats and growing cages. This new breed of sea-farming offered a path to rebuild working waterfronts, preserve family traditions and restore battered ecosystems.

While aquaculture offered a glimmer of optimism for the working waterfronts of the Gulf Coast, there was still a problem. Farm-raised oysters were more expensive than their wild-harvested brethren, and folks in the South, at that time, simply weren't used to paying $2 or $3 per oyster and treating them like they might a fine wine.

That had to change. But how? The answer, as always, was chefs.

The farm-to-table movement, at its heart, is about using the power of storytelling to restore value to those positive externalities that are unaccounted for in our current economic system. In this sense, chefs act as “oracles of meaning” — to borrow a phrase from the crypto-crowd.

Already, in 2017, a number of forward-thinking chefs had begun putting farm-raised oysters on their menus. They were making this new breed of Southern shellfish "cool" and, in the process, helping to build a new industry. We needed more folks like them if the market was to continue growing.

So I decided to organize Peat & Pearls, an event series that brought together farmers, chefs and foodies from all over the Southeast for a weekend of oysters, whiskey and culinary storytelling.

Our first year, I sold my car (and, eventually, my bicycle, guitar and all my furniture) to make Peat & Pearls a success. By the second year, we’d expanded to four days, two dozen chefs and 16 oyster farms from seven states.

By our third year, we were bringing in national brand partners and preparing to take the show on the road to twelve different markets in 12 months. Everything was coming up roses. Then …

Covid happened. The event market disintegrated. Oyster farms and restaurants went out of business en masse. I sold my car (a second time) to pay my taxes. The roses wilted and moldered.

The Church of Bourbon and Broth ⛪️

Organizing culinary events taught me how hungry people were to reconnect with the sources of their sustenance. It was a spiritual need, really.

Understanding the story of our food does more than enrich us gastronomically. It humanizes us, reminding us of how deeply dependent we are on both one another and this planet we call home. Take away the oyster, and you might just end up with the blood of a blacksmith (or a writer) on your hands.

In times like these, when we are so alienated and divided, the parables on our plates are more important than ever. And, yet, in this Church of Bourbon and Broth, all our prophets are downtrodden. Our saintly chefs and beatific barkeeps need our helping hands.

In my carless Covid hovel, I began to reevaluate my vision. For years, my work had been guided by a fundamental, deeply held belief in the power of storytelling, in general, and food, in particular, to inspire empathy and interdependence. Now, my mind turned to the question of how to make that work scalable and sustainable.

In many ways, we live in a golden age of storytelling. Never before has it been so easy for culinary creators to build a community or share their vision. And, yet, the platforms that mediate these interactions are just as broken as our supply chains.

How can systems that reward anger and fear engender trust and community? How can we expect platforms owned and directed by corporate interests to respect, value and reward the contributions of the creator class — much less those that exist upstream of them? The answers: They won’t, and we shouldn’t.

I’ve spent the last couple years exploring alternatives. When I discovered Web3, a lightbulb turned on. I realized that crypto offered a way for us to create our own economies, which reflect novel systems of value.

I say “novel,” but what I really mean is “natural” — systems that emulate ecology, where value flows like water and meaning is not lost in movement.

This is what I hope to build with Blue Collards.

I believe the best way to build such a system is to involve as many stakeholders as possible in the process. It’s in this spirit of participatory design that I’m announcing the formation of the Blue Collards Supper Club.

Think of it as a crypto-twist on the classic supper club model. Every month, starting in March of 2022, we’ll be hosting IRL suppers, socials and storytelling salons in Miami, Austin, San Francisco and NYC. Each event will feature some of these cities’ brightest culinary and crypto talents, engaged in a running dialogue about food, technology and the future.

These events will be a chance for us to start onboarding culinary creators, building a core group of early adopters who will help shape the direction of the project. If you want to be a part of what we’re building, reach out to me.

We’ll be announcing a crowdfund for our initial season of programming in the coming weeks, so lookout for updates here on Mirror.

‘Til then, stay hungry 🍻