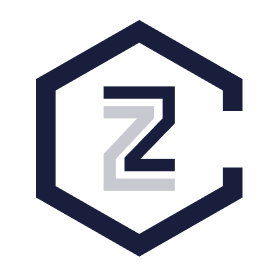 By using the Te Waka protocol that supports cross-chain transactions, ClassZZ is able to support message and transaction transmission between chains to ensure a free flow of communication. The Te Waka protocol is designed and presented as the first decentralized cross chain protocol for native tokens.

Generally, it has been proven that cross-chain compatibility can be achieved when it comes to blockchain technology. Once this potential is harnessed, cross-chain transactions become easier. The aim is to make it possible for blockchains to interact and share communication, information, and transactions between each other freely in a trustless, permissionless, and decentralized manner.

ClassZZ main net was designed with the principle of blockchain interoperability in mind. Native tokens are made possible to be exchanged and transacted upon on the main net. With this in mind, the design of ClassZZ was set up to accommodate other chains. Test linkages will be effected as a chain gets signed up to ensure that cross-chain transactions are properly safeguarded and traceable on the ClassZZ blockchain.

Optimization of each blockchain will be enhanced when integrated into ClassZZ so that other chains can enjoy the full complement of cross-chain functionalities.

This is what Universal cross chain compatibility means.

Further improvement is reflected in creating a special sharded blockchain for unbounded scalability with the process of cross-chain transactions. The parallel nature of cross-chain transactions means that the ClassZZ main net can simply increase the number of shards to provide for better throughput. This makes ClassZZ to be the first blockchain network to have unbounded scalability.

Universal cross chain compatibility cannot be fully said of the ClassZZ main net without making reference to the universality of the Te Waka Protocol which is designed to be able to connect all smart contracts enabled blockchains, unlike bridge protocols that only connect two chains at a time. ClassZZ is able to connect several other blockchains at a time so long as they have compatible features.

This shows no restrictions with the blockchains interacting. It ensures that the different blockchain enjoys a seamless interaction.

The ClassZZ main net according to achieving universal cross chain compatibility ensures that the transactions and exchanges of digital assets and native tokens are complete. Irrespective of the different chains involved, the order of transactions remains the same without disrupting protocols. When a transaction originates within a chain, the support system for validating the transaction exists as an internal process. When a third-party chain is involved, the process is extended to ensure that the destination chain’s checks and approvals are provided and authenticated.

What is most important in every transaction is to ensure that the pathway is clearly defined, the authorization is clear cut, and the outcome is traceable according to pre-defined parameters.

In conclusion, to make it possible for native tokens to be transacted across different chains to properly enable blockchain interoperability, the design of ClassZZ was made such that blockchains can communicate seamlessly.

The advantages of this aspect of the blockchain technology that seemed farfetched but are now achievable are vast and ClassZZ seeks to incorporate it to ensure seamless cross-chain transactions between blockchains.