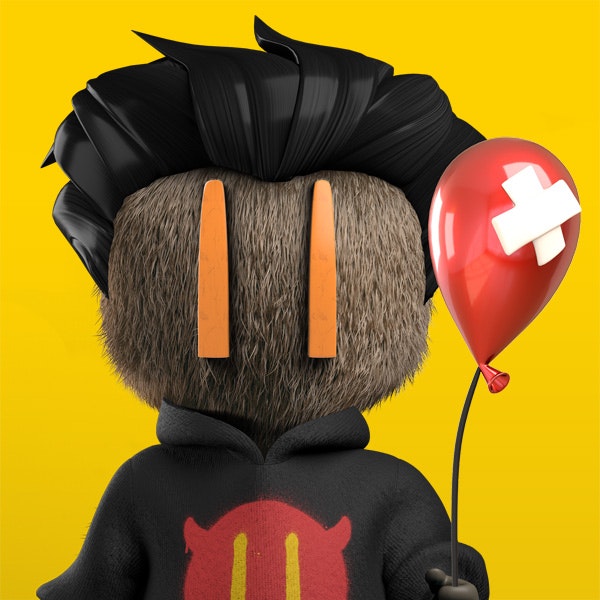 The day the entire project started. The original founding team of RXR, KLAWS, Dasher, Odin, Constant, Hema, Bowie, and Bjorn launched this project with their eyes full of grandeur that it would be an instant sell-out. The hype of the project, with the hype of the NFT space, led to some unrealistic expectations.

Still though, the project was far from a failure. They minted out over 2000 Teds and the community was rallying behind them for more. Unfortunately, it was sell-out or bust for the founding team. Communication fell off. The core team members started leaving the server and the project. With nearly 7k unminted it seemed the project was destined to be a mint and done.

Then, out of nowhere, the project saw some new life. Holder’s were promised fresh information in the form of Fury Chewies and a second mint was launched. This was the true downfall.

Desperation had filled the remaining team and they wanted to mint out. They had a vision for this project and it could only be accomplished by minting out. This was what was best for the project…or so they said. The second mint flopped, despite extensive marketing and sweeping to keep the floor above mint price. The founding team was in shambles. They communicated with nobody, they ignored tickets. It was a ghost town in the server from the team. Meanwhile, the community stood strong trying to hold things together, but trying to save a sinking ship with a bucket doesn’t last. Mods started leaving, members started really asking and finally, Knuckles dropped the infamous ‘I Quit’ message.

The heartbreak in the Discord was palpable; as was the anger. Many people were blasting the team in the chats and on Twitter. Rug Pull Finder labeled the project a complete rug as they made off with over $300k/USD value from the contract. How much of that was put back into the project, how much of it wasn’t, that information is only known to the founding team. It was a dire time for FOTF. The Teds had been abandoned….again…..or were they?

Though angry the community had rallied behind the artwork and the vision for the project. One of the members had already been in touch with the team about bringing them into their ecosystem with ENCTR and decided to try and reach out to Knuckles and procure the contract and assets. FOTF would live on in one way or another, even if the ENCTR team had to bridge the assets over one by one and relaunch a new collection. Something was happening but nobody was really sure of what yet.

Behind the scenes Aaron, Vinxy, Bunnybun and Unicorn worked hard with Knuckles to secure the Discord Server, the Contract, the Assets and anything else. It was a trying process with a lot of back and forth. Concessions were made by both sides but eventually the project was handed over entirely. The server to Unicorn. The contract and assets to Aaron. Vinxy and Bunny worked with both members to help ease the transition and be the voice of the community within the negotiations. On May 11, 2022, 81 days after the first public mint of Fury of the Fur, the negotiations were over. The contract was in the hands of the community and the project would live on. But what’s next?

Now came the complicated parts. A contract lives on Ethereum forever and the supply was still in question. With over 6k still unminted, a new collection promised to holder’s and so much more it was a rush to see what could and couldn’t be done. The contract was held by the FOTF DAO wallet, the server by Unicorn and things were moving in the right direction.

A Community Board was voted into existence with 3 seats. Aaron, Vinxy and Unicorn were the three inaugural members of the board. Through countless hours the three of them worked together to bring further proposals before the community and work to get everything on track.

The assets had been delivered and while they were complete it was a very different version of things than originally suggested with what could be done. The Community Board was handed an incomplete project, with a contract that hard coded in things like the ability to Whitelist, and only 1/3 of the assets for the next collection. It was time to figure out what to do next.

Which Brings Us To Today

Fury of the Fur DOES live on. Since May 11th when the new team took over the project has been rebranded, a new website has been launched, the Founder’s Bundle has been released to help build some treasury assets to the project for further growth, the server has been revamped and the team is moving forward with their first Public Mint on June 1st for all holders. The people that stuck with the project and are helping stick with the project are rewarded with a free mint. Anyone that happens to sneak their way in can secure a Ted for .02 ETH and become a part of the family.

Whatever your assumption before the new team took over of the project, whatever happened in the past, is just a part of the history. People joined this project because they loved the artwork and fell in love with the story. Well, now you have a chance to live that story. The Teds had been abandoned as kids had grown into their adulthood and left behind their stuffed animals. FOTF was about reclaiming that passion through an exciting new medium. Then, FOTF was abandoned by their founders, left to die slowly as amazing artwork on the blockchain. Now it’s been reclaimed by the community and given a second breath of life. You couldn’t write the story any better if you had tried.

I want to thank everyone for reading this story and hopefully you’ll give the project another shot! Check out the website and the discord to see the new Roadmap and what progress the team has made so far.