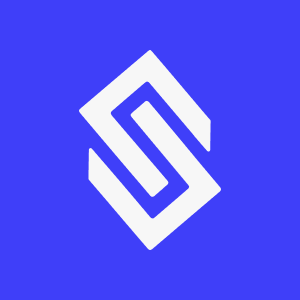 SenseiNode promotes the development of new opportunities for Blockchain in Latin America.

We partner with the world's leading Blockchain protocols to bring to LatAm the needed infrastructure for driving ideas, enterprises and communities to connect to web3 with local support; promoting the democratization and decentralization of the ecosystem in the region.

We seek to make a contribution to a growing issue: the concentration of Blockchain nodes at a global level, and its derived problems.

Ethereum is one of the most important blockchain protocols in the current crypto landscape, and the one we are currently focusing on at SenseiNode.

The role of decentralization in the ETH ecosystem has been a strong discussion lately, ranging from regulatory or jurisdictional issues with dubious arguments to a problematization about the foundational hosting of the network, pointing to the lack of geographical distribution of the nodes.

These concerns increase as key data arises: roughly 70% of Ethereum nodes run in North America or Europe. Additionally, around two-thirds of validators are now hosted by Amazon Web Services, Google Cloud, or Hetzner Online GmbH, which could “expose Ethereum to central points of failure.”

Against this background, SenseiNode focus on providing solutions to a critical fact for the region:

Less than 1% of ETH nodes worldwide are in Latin America.

Decentralization is vital. If the foundational layer breaks or becomes corrupted, everything built on top of it will break too.

SenseiNode arrives to change the current dilemma. To build the foundations of the blockchain in a truly decentralized fashion.

In an effort to foster the effective development and decentralization of the highly concentrated Ethereum ecosystem, we are working to identify a diverse group of hosting providers to run Sensei Nodes.

All of our validators are hosted on local and regional providers throughout Latin America, reducing dependency on AWS, Google Cloud and Hetznaer Online while ensuring high availability and low latency.

Participate in the Blockchain

Staking is the process of participating in transaction validation on a Proof-of-Stake (PoS) blockchain, with the goal of supporting the security and operations of said blockchain in exchange for a reward.

This is done in the act of keeping assets locked within a protocol, through validator nodes.

Anyone with a required minimum balance of a specific cryptocurrency can validate transactions and earn staking rewards.

The Ethereum network recently completed its migration to Proof of Stake — PoS (“The Merge”) reducing its power consumption by 99%.

This milestone means that mining is no longer the means to produce valid blocks in Ethereum. Instead, PoS validators have taken on this role and are now responsible for processing the validity of all transactions and proposing blocks, thus collecting network transaction fees when signing a new block.

Participation as a Service

Staking or “staking as a service (SaaS)” represents a category of staking services in which 32 ETH is deposited for the creation of a validator, but delegating node operations to an external operator, allowing the service to manage its validator on your behalf, usually for a monthly fee.

It is an alternative for anyone who is not comfortable dealing with the technical complexity of running a node while keeping custody of the withdrawal keys.

Sensei Stake is a non-custodial staking platform for Ethereum 2.0 that uses a high-performance node infrastructure provided by Sensei Node, geo-distributed across the Latin American region.

It is now possible to actively contribute to keeping the Ethereum network secure by running validators on diversified hosting providers with SenseiNode.

We facilitate direct participation in the benefits of ETH staking by providing a simple and secure online platform, which allows private staking, while contributing to the decentralization of the network, making it more secure and resistant to attacks and regulatory restrictions.

By staking with Sensei:

Be part of decentralization. Get a local ETH node through our solution in just a couple of clicks: