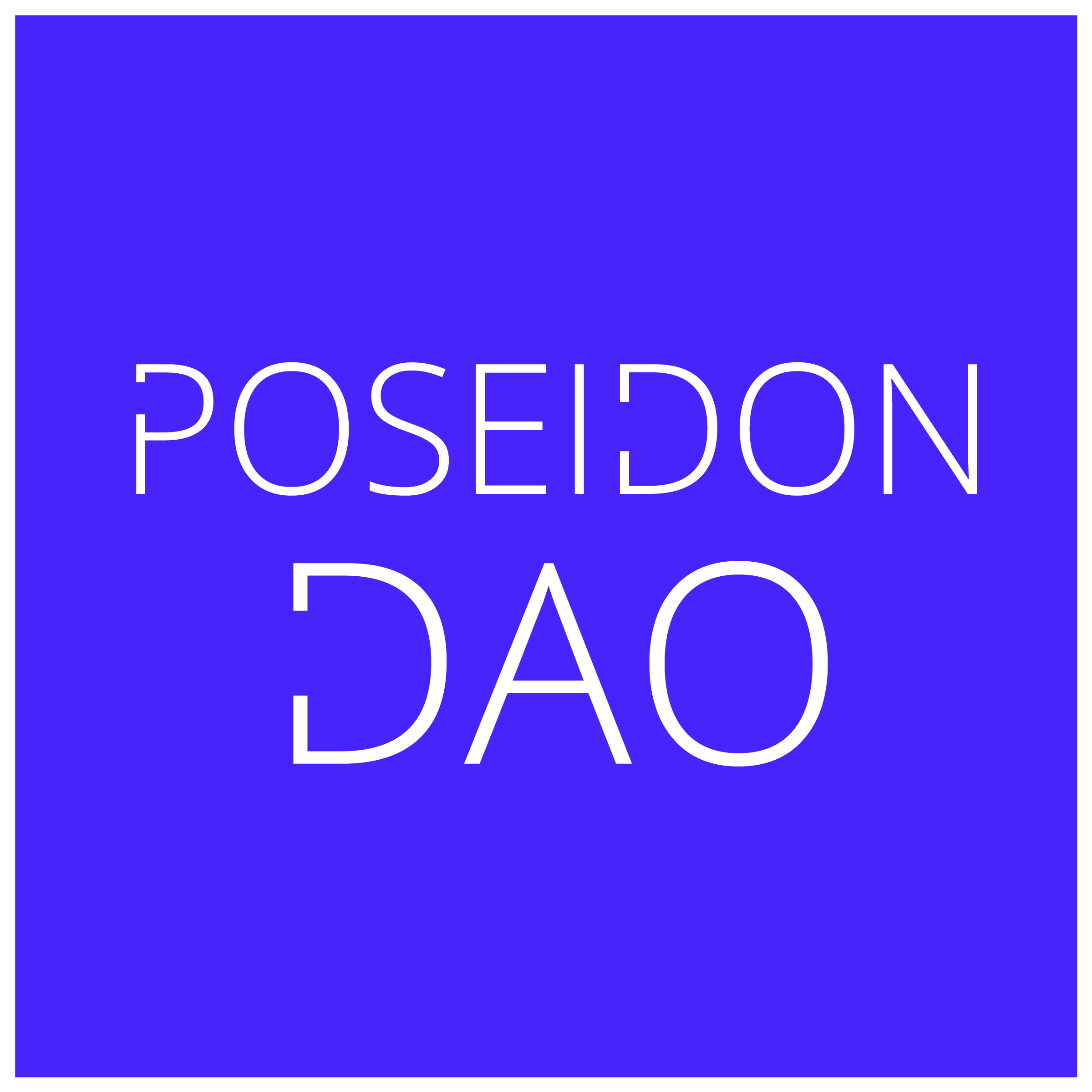 The group of Italian artists who have been part of the crypto art scene since the beginning is made up of many names, starting with the pioneers Hackatao and continuing with early enthusiasts such as Mattia Cuttini, Fabio Giampietro, Alessio De Vecchi, Dangiuz, Skygolpe, Federico Clapis, Giovanni Motta and many others. Shortly after the NFT boom, inaugurated by the multi-faceted Beeple auction at Chrystie's, new Italian talents emerged to keep an eye on, such as Niro Perrone, Nicola Caredda, Giò Roman, Tommaso Buldini and Andrea Crespi. Each different in style and intentions, these new crypto artists, some of whom come from the traditional art world, enrich the range of visual languages available on marketplaces such as SuperRare, Foundation and Makersplace, ranging from Cyberpunk to Pop art, from Op art to Outsider art and Pop Surrealism.

Born in Arezzo in 1985, Niro Perrone discovered the world of NFT in 2020, in the middle of the pandemic crisis, when he started to draw stories for his children. Before, he worked in the music industry as a producer and DJ, releasing singles and EPs with independent labels. His drawings began as narrative flashes inspired by the events of his daily life but soon became works when he switched from pencil to graphic tablet. Having become a full-time occupation, Niro Perrone's works posted on Instagram began to circulate online. Then, with the explosion of crypto art, he created his first NFTs, characterized by a style reminiscent of the so-called "Clear Line of French" comics of the 1980s. Authors such as Moebius and Jacques Tardi come to mind, especially for the cleanliness and clarity of the outlines with which Perrone gives shape to his narrations. These are fantastic stories populated by hybrid characters, chimeras, and monsters characterized, however, by a lively range of colors, which dilutes the content, sometimes dramatic, of his creations. Within this kaleidoscopic crowding of figures, projection of a universe both cheerful and neurotic, there are sometimes recognizable characters, as in the case of Vicious Murphy, in which we recognize a lewd RoboCop intent on masturbating an electronic device of Omni Consumer Product, the imaginary multinational manufacturer of cyborgs in the popular film by Paul Verhoven.

Where to find him:

Born in Cagliari in 1981 and trained at the Academy of Fine Arts in Sassari, Nicola Caredda is a visionary painter whose style blends pop surrealist influences and dystopian suggestions. Therefore, the leap from painting to NFT takes place under the sign of post-apocalyptic imagery that transfers the atmosphere of metaphysical suspension of dechirichian Enigmas in a Planet Earth devastated by the rubble and debris of the post-modern era. His landscapes show what remains after the ecological hecatomb, an uninhabited and silent globe studded with industrial ruins, skeletal architecture, and melancholic relics of consumer society. These nocturnal visions tell of the end of the Anthropocene, the current geological era dominated by human activities, which, according to the predictions of biologist Eugene F. Stoermer, are the leading cause of the environmental, structural, and climatic modifications of our ecosystem. Caredda provides us with a holographic image, a convincing foreshadowing of the end of the world where, however, traces and signs of Italian identity survive in the finds of Catholic iconography or the graffiti painted on the concrete walls of an endless urban periphery.

Where to find him: https://superrare.com/nicolacaredda

Born in 1987 in Galatina, Giovanni Romano, aka Gio' Roman, has a degree in Economics and Marketing. He came to art later, self-taught, in 2017, creating a series of works that tell love stories projected in futuristic urban scenarios, which refer, almost classically, to the nocturnal settings of Blade Runner. His work, entitled Forever, dedicated to Koby Bryant and his daughter, has gone worldwide. Shared on social media by Alicia Keys and reproduced on a t-shirt worn by the popular American comedian Leasly Jones during the Late Night Set, the work represents the American basketball star while accompanying his daughter in an aerial dunk against the backdrop of a romantic sunset sky. Not all of his works, however, reveal a lyrical streak. The work Provocation, for example, introduces us into the meanders of a negative utopia, in which the ruin of traditional art, represented by the masterpieces of Leonardo, Vermeer, Van Gogh, Picasso, and Munch scattered on the floor of the vault, corresponds to the collapse of blockchain and NFT, symbolized by the cryptocurrencies Bitcoin and Ethereum and the icons of Cryptopunk.

Where to find him:

The Painting of Tommaso Buldini (1979, Bologna – Italy) is made up of innards, devils, bodies (whole or in pieces), Medusa’s heads and skeletons, in addition to other references such as medieval representations, Gummo movie, Méliès, Hieronymus Bosch, Art Brut and Outsider Art. “I try to drop rationality venturing through the antipodes of my intellect” he says, “Every single scrap of my subconscious, shallow or profound, needs to express itself”. Through this coeval representation of disconnected fragments Tommaso Buldini try to speak a dream-like language drifting through the dark side of his subconscious, a place where the unbelievable and the unacceptable become plausible. As a video-animation maker he realized for the Italian musicians Colapesce Dimartino (Sony Music) two videoclips: Noia Mortale and Luna Araba (Winner of the Best Italian Videoclip Award 2020). Currently he is working with Italian artist Laurina Paperina, at "Hallucinator", a parapsychological videogame based on his own disturbing visions produced by Studio Evil, Bologna.

Where to find him: https://foundation.app/@tommasobuldini

Born in 1992 in Varese, Andrea Crespi graduated in Industrial Product Design at IED (Istituto Europeo di Design) in Milan. He worked as an art director for a creative agency in Lugano, Switzerland, and at the same time, he began his artistic career by creating his own works of art and sharing them on Instagram. Crespi creates works of great visual impact where female beauty and visual seduction are central themes. The artist has collaborated with important institutions such as the Leopold Museum in Vienna, the Historical Archives in Milan and Bulgari to develop artistic projects linked to the world of fashion or focused on social issues. His work is a continuous investigation of different media and themes including optical illusions, social transformations, and the digital revolution materializing these concepts with the interpretation of contemporary cultural changes. As he stated, regarding Crypto art, “I do believe we are in front of an artistic revolution, I see NFTs as a powerful vector able to carry important messages that can make nowadays’ society values reconsidered and cherished for future generations”.

Where to find him: https://foundation.app/@andcrespi