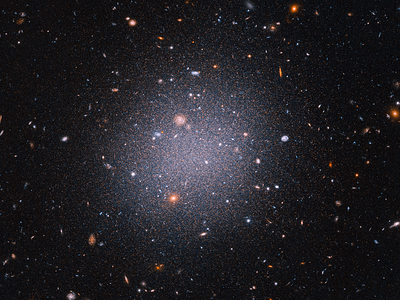 Berachain is a developing EVM-compatible blockchain leveraging its unique “Proof-of-Liquidity” consensus to allow users to stake layer 1, bluechip DeFi, and stablecoin assets with Berachain validators. It sprouted as an idea from the Bong Bears NFT community, and it is built with the Cosmos-SDK.

The chain operates around a tri-token structure consisting of $BERA, $BGT, and $HONEY. There is still no official documentation or public testnet yet, but the number of new users and protocols flocking to Berachain is rapidly growing.

In the last market frenzy, many desperately played an onchain game of musical chairs from one EVM copy-paste to the next. The lack of innovation on the alt-layer 1 front was depressing, and eventually the mercenary capital problem struck down hard.

Berachain fixes this, as unsustainable and unaligned incentives, fractured liquidity, and poor bridging infrastructure are just a few of the major problems inspiring its creation.

Not just that, but the decentralized stablecoin theatre is pretty drab. The fall of $UST brought about a new era of “DeFi enlightenment” pushing a wave of new sustainable stablecoin designs to fill the gap Terra left, especially in the Cosmos ecosystem.

The team was largely motivated from their own experience in the L1 rotation, and they reflected on issues that plagued other chains in order to improve on top of them.

Berachain’s design is centered around free-flowing liquidity, scalability, and overall improved UX for protocols and regular users alike. Ultimately, the goal is aligning network incentives to form a tight-knit synergy between Berachain and its ecosystem.

How Does it Work? Proof-of-Liquidity

Berachain validators secure the network with staked assets. Their stake is slashed and they are temporarily jailed if they act maliciously. Users stake select assets into “consensus vaults” to delegate to a validator, with every asset retaining a different weighting in consensus.

Before launch, these weights are determined by the team, but when Berachain is live will be transferred to governance to decide on. Since consensus weighting determines $BERA staking rewards per asset, these governance-controlled weights are like gauges. In this, Berachain creates bribe market potential at the consensus level!

Staked assets are deployed on Berachain’s native vAMM as liquidity. Liquidity providers are protected from impermanent loss by a long position taken by the chain itself on the perp exchange. The vAMM also includes a perpetual futures exchange where users can leverage trade supported assets.

How Does it Work? Borrowing

Users can take out a $HONEY loan with their staked assets as collateral! $HONEY is dollar-pegged and generally over-collateralized by a minimum of 150%, but this ratio varies by asset. Users can use $HONEY to spot or leverage trade, or even go further by “leverage staking” and buying more collateral to stake and mint more $HONEY. Berachain stakers have such a liquid position while earning staking rewards, so they have less incentive to unstake compared to other networks.

$HONEY is the base liquidity layer for the AMM, allowing users to trade all assets freely for $HONEY and simultaneously generating deep, viscous liquidity for Beras. If a token can be staked on Berachain, it naturally benefits from deep liquidity when paired against $HONEY.

Liquidations are automated by the chain. Rather than collateral auctions, the collateral is transferred to the network reserves and the position’s debt amount is simultaneously reduced.

Berachain already has a budding ecosystem with several projects announcing their intent to launch on the network. Particularly, the [REDACTED] Cartel is confirmed to be launching on Berachain. Others like Olympus DAO, Temple DAO, GumBall, Paragons DAO, FIAT DAO, Abacus, and much more are expected to join too.

The native integrated DEX is powered by CrocSwap. Synapse will provide top-tier bridge infrastructure for incoming Beras outside of Cosmos. L1 DeFi protocols like lending markets or other yield aggregators with idle assets can easily bridge and have a plethora of strategies at their disposal by staking on Berachain.

Berachain is built using the Cosmos-SDK and will be IBC-enabled at launch. This means Berachain is connected to the broader Cosmos ecosystem, and the rapid developments with Cosmos interchain accounts opens an avenue for tons of partnership opportunities in the future.

As mentioned, Berachain has a tri-token structure consisting of $BERA, $BGT, and $HONEY. Supply and other tokenomics details are not released yet, and will become clearer as mainnet approaches.

Stakers earn $BERA rewards and it is used to pay gas fees on the network. It is minted at a 10% annual inflation rate, and all $BERA used for gas is burned. Those who stake $BERA earn the $BGT token as well. Staking $BERA is the only way to get $BGT.

$BGT is a non-transferrable ERC-721, and holders vote on parameters like fees, consensus-eligible tokens, and more. It is like a receipt for staked $BERA, so you “redeem” $BGT when unstaking. $BGT holders earn fees from DEX swaps, $HONEY interest rates, funding rates on perps, liquidation fees, and more all paid in $HONEY.

$HONEY is the native dollar-pegged stablecoin that is mintable with Berachain-staked assets. It is crowned the “base layer” of the ecosystem, acting as an intermediary for all DEX trades, a stable medium of exchange for the native ecosystem, and used to pay funding rates on perps. It is the backbone of Berachain’s capital efficiency.

The $HONEY peg is algorithmically maintained by a variety of methods, including controlled interest rates, a $HONEY AMO to control slippage and fees on certain pairs, being in constant demand to pay fees like funding rates, and is over-collateralized.

Now we know that Berachain is in fact real, and mainnet is anticipated in just three months. A novel addition to the Cosmos universe, Berachain looks to take the cryptosphere by storm bringing a new layer 1 design that has never been tried before.

From just a community of weed-smoking bear enjoyers, Berachain has grown into an already flourishing layer 1 ecosystem with ground-breaking under-the-hood mechanics and design, and it’s only a matter of time before the rest of the market catches on.