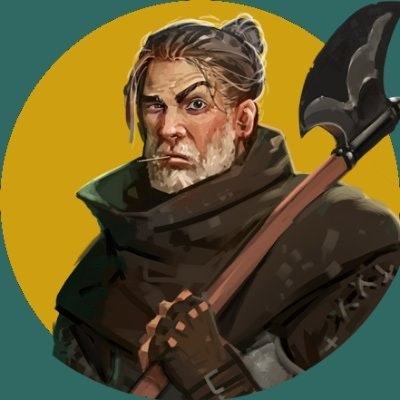 From bestselling author Harmon Cooper comes the first ever Fantasy LitRPG serialized novel that uses NFTs as a key element to bring the story to life and give readers a way to not just fully immerse themselves, but to interact with the story.

Tokens and Towers is a fantasy LitRPG story about a writer (Randy Lionheart) and a spellbook (Clovis) who are whisked away to an unknown land and told to climb a tower if they want to survive.

What’s a LitRPG? Think Free Guy, Ready Player One, Jumanji, or Sword Art Online. It’s a genre of fiction where game-like challenges form an essential part of the story. The main character in a LitRPG novel is consciously interacting with a game-like world and attempting to progress within it. Think of a video game, where your character picks up an item and gains certain stats and powers (like +5 Strength). The character in this story will also have those experiences. The book even incorporates a menu screen interface the main protagonist has to interact with to equip certain items in his inventory and access his digital wallet. There are classes, an expandable user interface, a magic system (just wait until Randy becomes ahem, a spell-axe), and perks tied with completing each floor of the tower. What can I say? I was raised on JRPGs.

I’ll be serially releasing the novel as split into 30-40 chapters starting in November, on a posting schedule of two chapters per week. You can already read the prologue and chapters 1-3. And chapters 4 & 5 are already available for $HARMON holders (connect your wallet to access).

Since this story has blockchain tokens as a key element of the story, I thought wouldn't it be cool to let readers own the same tokens the story utilizes? As a reader, you will be able to follow Randy’s in-game journey in real life through weekly NFT drops of items or characters that correspond to the chapters.

Contributing to this Mirror campaign or buying NFTs from future drops gets you:

Exclusive content & community
Token holders can access a Discord community to experience the behind-the-scenes process, live-readings by professional voice actors, and exclusive content such as side-quest stories and messages from the characters.

Influence the creative direction of the story
Holding multiple NFTs or certain rare ones will give you powers to influence the story! Folks who support the project early through this Mirror drop will also access many of these perks :)

I’m already planning additional novels in the series beyond Volume 1, and my hope is that even beyond my own writing, NFT holders and other authors will be able to extend the universe and grow TOKENS & TOWERS into an even larger franchise.

There’s much more to come, but at this time to help get the project off the ground and get the community involved early — we’re doing this genesis drop of $HARMON (which also happens to be the in-story currency) and NFTs via Mirror.

For the next week, you’ll be granted $HARMON tokens proportional to how much you contribute to this Mirror campaign (1 ETH = 1000 tokens). We will be retaining a significant portion of the total pool of $HARMON (80%) in a project treasury in order to do future giveaways and build out the universe far beyond the first book (I’ve already conceptualized multiple additional books in this universe and plan to involve the community in further fleshing out those ideas). And based on the amount you contribute, you’ll also be able to snag one of these genesis NFTs with some special perks as an early supporter of Tokens and Towers:

The top 3 contributors (on the Patron Podium) will get to, in consultation with me, name a particular character in the novel, and decide how they will die in the most epic fashion.

Patron podium
When the crowdfund ends, the top three backers are awarded a unique NFT. Take the lead and become a top three backer by contributing.
Time Remaining
If a contribution is placed within the last 15 minutes and changes the podium positions, the time is reset to 15 minutes.
First Place
🥇
Second Place
🥈
Third Place
🥉
Backers
2 Editions
Collectable NFTs available exclusively for backers.

Unlocked by purchasing the Randy Lionheart NFT for 0.5 ETH.

Unlocked by purchasing the Clovis NFT for 0.1 ETH.

Available to all contributors. Everyone will receive $HARMON tokens, which will grant them access to the Discord where they will get:

I’m new to crypto, how do I participate?

You need a wallet, which will store all your tokens. It’s like the inventory holder in an RPG game where you keep your items and money. And you need some ETH to get your NFTs and the $HARMON tokens that will get you access to all the perks.

Lucky for you, Randy and Clovis put together this super-simple guide on how to get started.

Harmon Cooper is the author of over sixty science fiction and fantasy books, over a dozen of which have been Amazon bestsellers. His most popular series include Pilgrim, Cowboy Necromancer, Monster Hunt NYC, Death's Mantle, and the series that truly started his indie publishing journey, The Feedback Loop. He won the 2021 Independent Audiobook Award in the GameLit category for the book Sacred Cat Island, and has sold tens of thousands of books. He currently resides in New England enjoying the hell out of writing and collaborating on the game-changing Tokens and Towers project.

Dilip Rajan and Kyle Brunick currently work at Jumpcut Media, reimagining the Hollywood model for how TV, Film, and other media formats to be more bottom-up and embrace collective creativity. Dilip is a musician and artist who was previously the product lead for Quizzes and Community/UGC at BuzzFeed. Kyle previously worked with tons of authors, artists, and filmmakers at Podium Audio and DUST where he led marketing and community efforts.

Richard Sashigane is a full-time illustrator and commercial storyboarding artist out of Osaka, Japan. Passionate about photography and motorcycling to the far reaches of Japan, Richard rides a Triumph Bonneville when not scratching out amazing covers and concept pieces.

Isabella J McCarthy was born and raised in New York, and went on to study Visual Media Arts at Emerson College in Boston. Versatile, her art spans multiple styles and genres. No matter the tonality of the piece in question, whether it be Motion Graphics, Animation, or Editing, her goal is to bring each piece to life special and unique to each individual project.

Daniel Wisniewski is an award-winning American actor of both stage and studio based out of New York City. He has produced over 100 audiobooks, having won awards for his work on Shane Boulware’s Soulstealer and hit the Audible Best Sellers list multiple times with works such as Battleborne and Wizard’s Alley. When not working, he can be found binging the latest Netflix show with his fiancée or playing as a drunken Hobgoblin Fighter with his Dungeons and Dragon party.

Rebecca Woods is a working actress and designer with a combined 15 years of education and professional experience. She has solo and co-narrated over 80 audiobooks and lent her voice to AI platforms, podcasts, PSA's, and videogames. She is also the resident DP and editor for the film dept. of WildFlower Entertainment Co., a start-up based out of her current home state of Texas.

Here’s what the Fantasy / Lit-RPG community is saying:

“Harmon Cooper is one of the most inventive writers published right now. Unique, hilarious, and thought-provoking, Cooper is a writer whose work I always immediately dive into with fascination and excitement.”

"I've always wondered what the next big thing would be for the writing world. Wondered what would take it to the next level. Well I found it here. When Harmon told me what he has planned for this project, I was completely blown away. This is audacious, brilliant, and at the cutting edge of what technology has to offer. I can't wait to see what comes of it."

"Game achievements, item skins, and a Discord all rolled up into one for the readers of a LitRPG series? Through Tokens and Towers, Harmon Cooper seems to have found a new and unique way of allowing fans to participate in the storytelling process. It feels like Patreon leveled up."

—Apollos Thorne, author of the bestselling Heaven's Laws, Underworld, and the Codename Freedom series, all of which started as webserials.

Join our Discord and ask away! We’re eager to hear from all of you :)