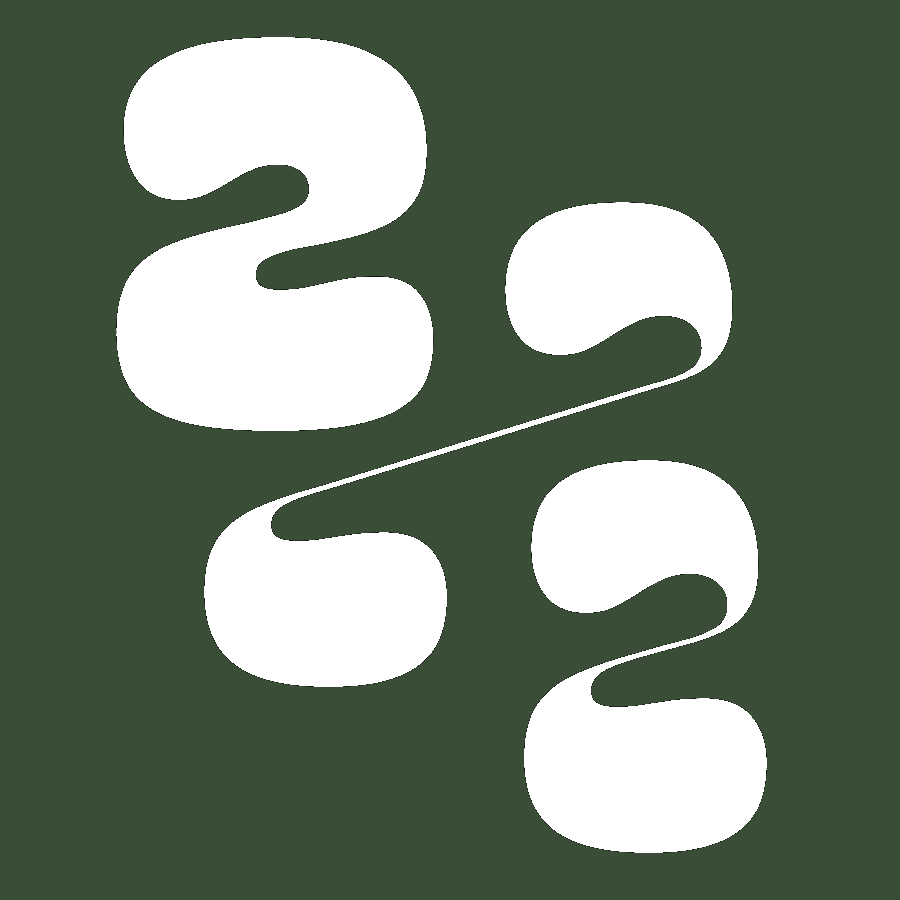 Ironically, we’re more disconnected than ever.

We’ve heard these same sentiments regurgitated over and over again during the past couple of years:

We’re addicted to our phones. Screen-time is at an all time high.

We’re facing a staggering amount of mental illness. Based on a mental health survey done by the CDC in June 2020, among Americans aged 18–24, 1 in 4 young adults has seriously contemplated suicide in the past month. More than 60 percent of the same population reported suffering from depression or anxiety.

With documentaries such as *The Social Dilemma *hitting mainstream popularity, and with Facebook’s recent scandals, everyday users of social media are starting to notice the problem. Should we be blaming social media companies for these rapid and unsettling changes to our social fabric? A 2020 ​Cigna study​ found that over 70 percent of those aged 18–22 report feeling “sometimes” or “always” lonely. Further, 71% of “heavy social media users” reported feelings of loneliness compared to just 53% a year ago. In contrast, only 51% of “light social media users” reported feeling lonely ( still up from 47% a year ago ). Contrary to popular belief, loneliness itself is a lethal condition. A study (​Holt-Lunstad et al., 2015) found that suffering from chronic loneliness is as deadly as ​obesity​ and more dangerous than smoking 15 cigarettes ​a day.

Even after growing pressure from the public, it’s incredibly difficult to actually hold social companies accountable for such a large and complex problem. Instead, we should be asking ourselves how to build social products that help solve these problems and are better suited for our current society.

Let’s start by focusing on profit models. When we unpack the relationship between social media users and the way these companies generate revenue, there’s a shockingly misaligned incentive. The more time a user spends glued to their screen, scrolling through infinite feeds, the more advertisements they come across. The more advertisements the user looks at, swipes past, or directly interacts with, the more profit the company makes. The customer is actually the advertiser rather than the user.

At first glance, there doesn’t seem to be anything wrong with this model. In fact, it appears to be a great way to exponentially grow the number of users while keeping the product’s core features entirely free. However, eventually, the company will have to sacrifice the user experience in order to generate more revenue. There are plenty of examples of this in other verticals. Let’s quickly look at search. Google of course doesn’t actually prioritize the most relevant or helpful data, in most cases they will show the user whatever result has paid the most to be at the “top of the list”. In fact, undistinguishable advertisements will often come even before the actual results themselves. It’s exactly why Sridhar Ramaswam, Google’s former VP of Advertisements, is launching Neeva, a direct competitor.

This exact same phenomenon is occurring with products such as Facebook, Twitter, Instagram, Tinder, Snapchat, and more. These companies will argue that they’re actually providing a more streamlined and relevant experience. Targeted digital advertisements are specifically tailored to trying to predict the wants and needs of potential customers.

Putting aside the obvious data privacy concerns, at what point do we step back and realize that almost every frequently visited website/product that we use has turned into a massive advertisement platform? From search engines and video platforms to social media, forums, and newspapers, they’re all infested with advertisements. Further, our society’s brightest minds, my fellow engineers and product managers, are being paid hundreds of thousands of dollars not to solve the existential problems of climate change, space travel, cancer, and aging but to instead find new ways to keep an already mentally ill society consuming endless content, always fighting for more of their attention.

Again, I’m not placing blame on these companies nor the engineers (I’ve done this myself) that have accepted their lucrative offers. Rather, I’m asking why we haven’t directed more attention to creating truly social products that actually directly benefit the user. We’ve successfully answered the question: what set of user data and psychology can be used to predict online consumer behavior?

Living in such a fragmented and socially isolated time, perhaps we should now be redirecting our resources to asking: what overlapping psychological traits can be used to predict initial social connection among a group of strangers?

I’ll start by acknowledging that this is an incredibly complex and difficult question to answer. Predicting what someone might purchase is undeniably easier than successfully predicting the individuals they’re likely to get along with. However, this is not only a classic machine learning problem, it is already being done (although I’d argue not in the right way). Based on your current friends, groups you’ve joined before, your location, and of course user behavior, Facebook groups will recommend users communities to join where they’ll have a high probability of engagement and interaction. Many dating applications also try and pair users together who have a high overlap in interests and personality traits. The differentiator here is the lack of an incentive for offline interaction.

When we take a look at how we’re now meeting new people, it’s become an increasingly online-only experience. Of course, the COVID-19 pandemic has only exacerbated the issue. So for a change, let’s imagine a product that focuses on re-creating the serendipity of an offline social experience.

Users would start by filling out a thorough survey focused on defining a key set of behaviors and interests. The initial incentive would be to learn more about themselves and how they compare to their peers (just look at the popularity of a site like 16personalities.com). Following the initial questionnaire, individuals would also enter their regular availability for social events. Next, users would be assigned into a group of individuals with a corresponding location / time to meet. After an individual meets with a group, they’ll be asked to rate their experience before being able to use the application again. This feedback would help train a machine learning model to constantly improve its recommendations.

Each group’s corresponding location would be directly related to the overlapping interests of those individuals. For example, a group of Indie rock fans may be paired up to attend an Arctic Monkeys concert where they’ll potentially learn that they in fact have a whole set of other overlapping interests.

When looking at the existing landscape, there are very few products that directly push users to interact offline. Platforms like MeetUp have not only failed in attracting a Gen-Z audience, they’ve focused on large organized groups that get together on a regular basis for a singular and defined task. What if you’ve just moved to a new city and you’re looking for a fun night out? You might be searching for a few pals and some good conversation to accompany you on a Saturday morning hike. Or maybe you and your friend would like to meet some new like-minded people while watching some live music.

There are currently no products in the market that facilitate these experiences. Instead, we’re left to rely on forming our social networks through the classical institutions: restaurants, cafes, bars, places of worship, community centers and schools. But as more people spend more time online, our attachment to local community is being replaced by a broader identification to a global network. This platform would play a small part in reversing these changes.

When designing a social matching product, there seems to be a common pattern: offer each user the freedom to choose through an unlimited selection of potential matches. While this may seem like a positive design choice, Hick’s Law tells us that this is really adding an extra layer of unwanted complexity to a user’s decision making process. We should be focused on exploring a select number of quality connections rather than drowning in a sea of possible choices.

Further, after swiping and scrolling through an endless number of faces, humans will naturally begin to depersonalize each new potential match. These products negatively gamify social connection into a competition of more likes, matches, followers, comments, and shares.

Instead, this product would offer users a thorough and real-life chance of getting to know the other individuals they’ve been grouped with. There would be no ability to generate or “match with” a new group more than once every 24 hours. By both limiting choice and focusing on in-person interaction, there would be more value placed on getting to know each individual.

It’s lastly important to note that making new friends and meeting new people, whether that’s platonic or non platonic, is a relatively unsolved problem. Our existing connections often solely exist due to proximity, chance encounter, or perhaps the rare introduction. What if our most compatible social partners have always been right around the corner without us ever being in the right place at the right time. This new application would be designed to recreate the serendipitous environment of a natural social event. Rather than being told that they’re a “match” for each other, users will be placed in situations that allow the organic development of new relationships.

“Our society’s brightest minds, my fellow engineers and product managers, are being paid hundreds of thousands of dollars not to solve the existential problems of climate change, space travel, cancer, and aging but to instead find new ways to keep an already mentally ill society consuming endless content, always fighting for more of their attention.”

This goes much further than just a facilitator of individual relationships. As a currently divided and fragmented society that has ingrained the smartphone into daily use, we’d be using technology to rebuild local communities rather than compete for more user screen time. Imagine pairing consumer behavior prediction with the ability to predict initial social compatibility in order to send groups of users to real-life consumer environments where they have a proven high probability of genuine connection. By offering these unique social experiences, this technology would have the potential of revitalizing local brick and mortar shops while at the same time reversing the alienating effects of socially globalized communities.

When we think of what’s to come, attempts at human prediction seem to be an inevitable part of our future. But by diving into the deep end of predicting human social connection, we can begin creating a platform that brings people together rather than sows further division. In fact, we may be surprised to see that individuals of otherwise thought to be incompatible groups may get along after all. With a large enough user base, a model with the ability to create environments with a high probability of genuine connection could potentially play a huge role in re-mending the social fabric of an isolated society.

We wrote this during the heart of the pandemic. We’ve now taken these ideas and started building 222 - our solution to the social problem. Send us a message at hey@222.place if you’re interested in learning more!

or considering supporting us as we start to scale :)