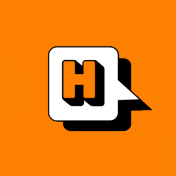 At Hyype we are working to provide you with resources, guidance, and advice from those with a foundation in Storytelling & Art. The following is a transcript from a conversation with Ramon Govea , read below to hear the perspective of an Icon within the Web3 storytelling space.

What advice would you give to writers that would allow their work to yield a high result from artists?

Clarity. Communication and our ability to effectively put our ideas into words. Although it sounds obvious, it is probably one of the most underrated skills and working with artists. When working with Comics specifically the important thing to remember is that you’re not writing necessarily for an audience. The main focus is making sure that the individual artist that you’re working with understands exactly what you’re trying to convey on the page.

In your opinion what are some of the biggest obstacles for people turning a backstory into a character arc?

I think the most important thing to consider in any arc is where the change happens. If you look at the most emotionally powerful and resonance stories, the crux of the impact is in how we as an audience relate to the character. It’s important to be clear on where the character starts off mentally, physically, emotionally. If we do not see a significant change in whatever the fatal flaw is, then there isn’t necessarily a meaningful story there. It becomes slice of life, which can work in some cases, but not for scaling a story to a bigger format. If there is no sense of conflict and resolution, then I think a writer is missing a huge chunk of what makes story so powerful.

What creative processes do you use that allows a consistent high quality outcome throughout multiple collaborations?

I really wish I could quantify this in some meaningful way, but it really just comes down to the fact that my brain never stops swirling with ideas. I also make sure I write down as many as possible when I remember to do so. A lot of times the ideas don’t even necessarily have a specific IP or story in mind, but sometimes scenes, characters or themes can get put into an appropriate story later on if it makes sense. It’s kind of like collecting a bunch of keys as you walk along a path knowing that eventually you’ll find a door that the key will unlock.

Having built a premier studio of storytelling in Web3 what advice would you give to new entrepreneurs?

Take risks on what you love. Don’t try to serve a market first. Chances are if you become really good at a specific type or genre of content, it will open doors for you to explore other areas of storytelling and creativity.

When I first started working towards an actual career as a writer I had no choice but to just write the things that inspired me as an artist. I focused on honing my craft, and learning as much as I could about how to turn those words into the final product always envisioned. This eventually opened up opportunities because I was actively looking for them and walking towards them.

Write what you love until you’re so good at it people can’t ignore it. I like to say that when it comes to building a career in the entertainment world specifically it’s not about who you know, it’s about who knows you. By that I mean it’s about who thinks of you for a specific collaboration or partnership. Then just stick to your agreement and you’re well on the path to establishing credibility in your career.

What similarities do you often see in great relationships between artists and writers? What makes a great duo or group successful?

I think ultimately it’s a vibe. Like any friendship, sometimes there are collaborators you really connect with and you can talk through a shared vision, or almost any problem. Being able to take criticism and notes is incredibly important too. Ego from any single member on the team can quickly derail a project, so humility around the work, communication and integrity are always key in the collaborations that I do. You have to work with people who are willing to serve the project itself over their own gains, so when I find artists that are easy going, talented, communicative, and dedicated to our putting out our “best work,” I hold on to those relationships for life.

How do you see storytelling evolving within Web3?

It already is I think. Story has already fundamentally shifted in big ways in terms of how we as humans resonate with and consume stories at a mass scale. For ages we’ve largely followed two types of narratives, one being Joseph Campbell’s Hero’s Journey and more recently we’re seeing a trend toward what has been coined a “Collective Journey,” where there’s a community or group moving through a conflict/climax/resolution model similar to Campbell’s. The stakes are a lot higher because the enemy or antagonist is often facing a group of heroes instead of just one. This is like the second coolest thing about web 3, besides the prospect of decentralized everything; community drives story. Community is literally driving the hero’s journey, here facing off against institutions, financial organizations, entertainment conglomerates and greater threats to the core values of many individuals, hence the community is formed. They band together and overcome the antagonistic threat together. You can see it in our most popular media in just the last 5–6 years.

How has your own creative ambition and goals changed as Myth Division has developed?

To be honest, it hasn’t changed too much. There have been epiphanies and insights that have helped me navigate my personal journey as a writer and entrepreneur, but my goals have been pretty consistent since I decoded what I consider my life’s purpose. Web 3 is no doubt an evolution of the tools that allow me to do what I love for a living, but the core goals and the driving desire to see them accomplished have not changed. I’ve been touting a “transmedia” model for storytelling since the word was invented by Henry Jenkins over at USC. It’s this idea that Disney has effectively proven with the MARVEL cinematic Universe & Star Wars, which everyone is attempting to replicate with little success. VERY few can wrap their head around in terms of monetization and fewer still can actually execute all stages from development of concept through to distribution with a major platform. That’s always been my goal, total self-sufficiency. The only thing missing was funding to execute and web 3 just opened up vast potential for Myth Division.

When I used to wait tables in Hollywood I would often wait on people who I admired and respected. I think one piece of advice I’ll never forget it was from Judd Apatow. At the time, I was a novice producer with my own production company and after they had finished dinner and I had established some non-intrusive rapport, I asked him for the best piece of advice he had for a new producer. His answer was mind-numbingly simple, but it applies to any entrepreneur who is managing a big project with various risks, “be prepared for anything.” Ever since then, I’ve approached all projects with that in mind and it has served me well. The key is to make sure you do everything in your power to learn what you don’t know. Because in case of any volatile industry what you don’t know about can set you back in major ways. Master your craft, and learn as much as you can about the tools & skills that intimately support your expansion as an artist. Web 3 is that focus for me right now.

Here at Hyype we will continue to look for ways to provide access and information and insight that help unlock your creativity. Thank you Ramon for taking time to share life lessons, and helping others take steps towards pursuing their passion.

We will continue to highlight creators and artists through written conversation & on our “Write Way Artist Spotlight” Series from @HyypeHQ. Reach out directly to @AnarothsNFT on twitter to see if a spotlight conversation is a good fit.