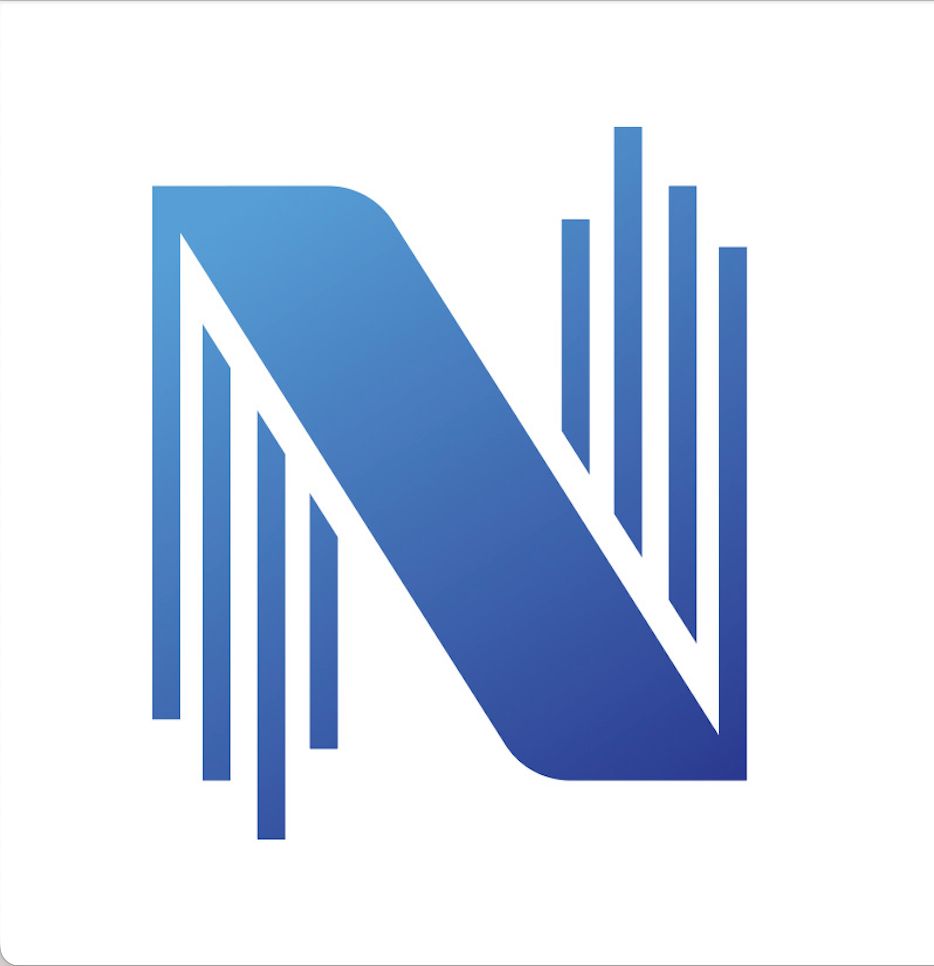 Over the past weekend, many discussions have been circulating around the highly anticipated Yuga Labs x Animoca Brands Otherside land sale. As the currency powering the Otherside metaverse, ApeCoin experienced high volatility leading up to the Otherdeeds mint date due to speculation around how much APE was needed to mint each NFT and how many NFTs could be minted per KYC’ed wallet. The intensive market demand led to the burning of nearly US$180mm worth of ETH gas fees, generating largely negative sentiment and criticisms across Crypto Twitter and media platforms.

Post-mint, Yuga Labs publicly apologized on Twitter and promised to refund gas fees for unsuccessful minters whose transactions failed due to the gas war. Along with the remedy, the company proposed the need for migrating to its chain in order to properly scale and encouraged the ApeDAO “to start thinking in this direction.” Whether the chaos resulting from the sale were due to flaws in the Ethereum blockchain is arguable, however it is apparent that ApeCoin has always been the center of discussions due to its connection with the premium BAYC NFT.

In the same weekend, leading NFT marketplace OpenSea announced it would be accepting ApeCoin (APE) payments on its platform, alongside other tokens like ETH/WETH, SOL, USDC, and DAI. As of January 2022, BAYC trading volume surpassed US$1bn. APE gained its recognition and social currency as the token linked to the BAYC ecosystem. As long as BAYC continues to maintain its relevance, we foresee that ApeCoin utility and adoption will only increase in the NFT/metaverse space, potentially allowing it to become one of the most influential tokens in Web3.

II. The Launch of ApeCoin

ApeCoin is a governance and utility token launched by the ApeCoin DAO. APE is supported by the Ape Foundation and its Board. The Board provides oversight of the Foundation’s administrators. Initial members include Alexis Ohanian, Amy Wu, Maaria Bajwa, Yat Siu, and Dean Steinbeck. The token is most commonly known for its connection to the Bored Ape Yacht Club ecosystem, though Yuga Labs, the team behind BAYC, have clearly stated they are not behind the creation or governance of the DAO.

As the ApeCoin website states, Yuga Labs does however act as a “community member in the ApeCoin DAO and will adopt APE as the primary token across its new projects.” Yuga Labs is “a contributor to the APE Ecosystem and will assist in the creation of products and experiences for the ecosystem as a whole.”

The ApeCoin community governs itself through the ApeDAO which makes decisions based on community-driven Ape Improvement Proposal or AIPs that are voted on via Snapshot. As part of its launch, ApeCoin announced 5 initial proposals, two of which were drafted by Animoca Brands, AIP-4 and AIP-5. While the first three proposals were passed, AIP-4 and AIP-5 received an overwhelming percentage of ‘against’ votes from the community and therefore were not executed. During and after the vote, discussions within the ApeCoin community took place in their forum, across Twitter and in a number of places both on and offline. The essential feedback was that overall the framework was adequate, but lacked the key element of caps.

On 29 April 2022, three new AIPs were brought forward. AIP-7 proposes restructuring the forum categories and AIP-22 is similar to the previous voted against AIP-5 which made suggestions on staking pool allocation, schedule, and distribution.

AIP-21, however, presents important details that affect perceived value within the BAYC ecosystem and has been a major point of discussion among the community over the past week. In the revised proposal on staking process, AIP-21 suggests setting a staking cap at 1x the ApeCoin drop.

Except for the staking cap, the staking mechanism remains unchanged in the new proposals. 175 million tokens (17.5% of the total token allocation) would be distributed to four pools over 3 years, for 100mm in Year 1, 50mm in Year 2, and 25mm in Year 3. The pools are (i) any ApeCoin holders; (ii) BAYC holders; (iii) MAYC holders; (iv) BAKC + either BAYC or MAYC.

Our team at Newman Capital has taken a look at on-chain wallet data of BAYC, MAYC, and BAKC holders. Based on the number of NFTs and APE tokens these holders held as of 3 May 2022, we performed a demand analysis to project the token outflow. We noticed that 96% of NFT wallets have insufficient APE in their wallets to participate in the staking program.

According to our projection, the staking program would immediately generate a buying pressure for approx. 85mm tokens. While BAYC/MAYC/BAKC holders would receive 70mm tokens of reward allocation in Year 1, they will not be able to receive the tokens right away. These stakers most likely would buy from existing market supply as well as the newly-vested tokens from major ApeCoin shareholders. In particular, one of the Launch Contributors would unlock 85mm tokens periodically within the next 1.5 years.

By setting the cap at 1x, the first year APR would be around 50%. While 50% APR may not be the highest return compared to some staking programs’ in the current market, it is a fair return given ApeCoin has already earned substantial reputation and demand before launch. Although APR would be higher by setting the cap at 0.5x, the demand balance would be 35mm tokens, versus supply balance of 70mm tokens in Year 1.

We also noticed most BAYC holders have more than 1 staking cap in hand. Each BAYC on-chain wallet holds 4 NFTs on average and at least 72% of wallets own more than 1 NFT. The biggest whale in the pool owns 320 NFTs, of which 112 are BAYC.

Utility, floor price, and demand are constant conversations that fuel all NFT communities, including the BAYC ecosystem. The introduction of ApeCoin has so far given BAYC-related NFTs further holder utility in the form of airdrops and free land claims, however there is still much debate as to how much these holders can and should benefit from ApeCoin in the future. According to the proposed staking mechanism, a BAYC-related NFT only acts as a “key” to the staking pool and only ApeCoin can be staked. If a holder decides to sell their NFT, they must consider unstaking their ApeCoin prior to sale. If APE remains staked at the point of sale, tokens will automatically be transferred in the purchase.

For this reason, some NFT holders feel frustrated that NFT only serves as an “optional route” and an “entrance ticket” to staking. When the NFT is not a mandatory criteria to participate in staking and NFT itself cannot be staked, people could be less motivated to buy an expensive NFT and get extra APE tokens for the purpose of staking. Instead, the fastest and simplest track to staking would just be buying ApeCoin directly to stake.

Apart from the implications, the reward mechanism may not be fair to all NFT holders. There have been noises coming from the MAYC community, complaining that the proposal has been hurting the MAYC pricings by locking them in at 5:1 MAYC:BAYC staking rewards. As a result, the market responds to such information and the floor price of MAYC:BAYC has been “automatically adjusted” from 3:1 to 5:1 ratio.

From the perspective of many ApeCoin holders, they feel as if being a token holder grants them access to the BAYC ecosystem, however ApeCoin and the BAYC world remain separate. Though Yuga Labs has publicly adopted the token for future projects, APE holders do not benefit from the same utilities rewarded to holders of BAYC, MAYC, and BAKC.

This fact has also been cause for contention as many APE holders have voiced concerns with proposals being overly in favor of BAYC ecosystem NFT holders.

Some APE holders have argued that the DAO should be led by the token’s own community without any specific party benefiting more than others, including BAYC, MAYC, and BAKC holders therefore, many have shared criticism over the amount of airdropped APE and exclusive staking offerings to Yuga Labs associated NFT holders.

The previous AIP-4 and AIP-5 proposals failed to pass through mainly due to the lack of clarification on the staking caps. For the new AIP-21 proposal, the staking cap has been stated clearly at 1x. According to Newman Capital’s analysis, 1x cap would immediately create 85mm of token demand.

As of 4 May 2022, ApeCoin’s cumulative token supply is approx. 300mm tokens. With 85mm token demand coming soon from the staking program, will there be enough liquidity for sale in the market? The answer is yes.

This may bring us to further exploration — What is the best method of transitioning a centralized organization into a DAO structure? What roles do investors and contributors play in a DAO? How does a vesting schedule affect buying/selling pressure of the token? How does this influence the DAO? What considerations need to take place when distributing voting allocation prior to DAO formation? Can truly decentralized voting take place if allocation is distributed disproportionately?

The voting process of ApeCoin motivates the community to think deeper on how to create a well-established DAO. While DAOs are technically known for decentralization without central leadership, in reality, do current executions enable projects to have true decentralization? Does the current one token = one vote system accurately represent the entire community if whales are able to influence voting decisions and market price?

ApeCoin DAO’s size, structure, voting mechanics, and overall influence in the NFT market represent one of, if not the most, praised and scrutinized DAOs in operation. Its structure and governance has our team thinking about the current state and future of decentralization and DAOs in Web3. While building a robust infrastructure and setting appropriate governance are never easy, all DAOs should strive to find an unbiased and balanced perspective between benefiting different stakeholders and placing the DAO development as the first priority.