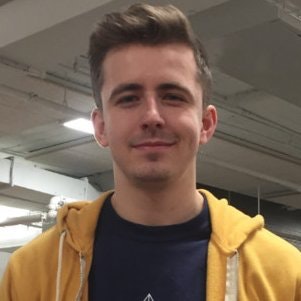 This idea occurred to me at 2:00am on a Saturday as I scrolled through the COMP forum. Turns out it’s not a new idea. Proposal farming was first discussed (as far as I can tell) in June 2020 by James Waugh, which set the foundation for Fire Eyes DAO’s formal ‘Governance Mining’ proposal to Balancer in November 2020, yet somehow this concept has still flown under the radar. Governance mining is a game changer — here’s the case for it.

The idea is simple: DAOs need things done but are having a really hard time getting people to do those things. Thus, in a similar manner to liquidity mining, DAOs should ‘mine’ human capital to kickstart an active governance community.

The State of DAOs

It’s helpful to understand how DAO governance is going right now to make sense of why we need “governance mining.” DAOs across the ecosystem are running into similar situations:

So to summarize, there is so much that DAOs could be building, but no one is stepping up to lead teams and contribute because the incentives are weak or nonexistent. As a result, products move slowly, teams don’t grow, and existing DAOs risk being replaced by new teams that move faster. And in tandem, protocols have stupid amounts of money that they are forced to spend.

Let’s break down that last bullet point: protocols have huge treasuries and are “required” to distribute tokens. Teams typically keep around 20% (rarely more than 25%) of tokens and distribute more than 50% of supply to their community. For decentralized protocols, widely distributing tokens is non-optional. Sufficiently decentralizing network ownership gives the protocol the fundamental characteristics that underlay decentralized protocols — things like security, neutrality, and community incentive alignment. However, this process of decentralization often plays out over a multi-year period, so we see protocols launching with a huge portion of token supply that sits in a treasury with a ‘TBD’ on how exactly it will be distributed over time. This is where communities can be creative. When thinking about how to decentralize network ownership, communities can use the distribution of its native token to bootstrap or kickstart the protocol.

You can imagine there are a number of different areas we may want to incentivize within a protocol, but right now, liquidity is effectively the only one being prioritized. Liquidity mining can be an extremely powerful mechanism, as we’ve seen, but it’s clearly not a golden ticket to protocol success. Currently, liquidity mining schemes that were supposed to be allocating tokens to “users” of the protocol are really just being arbitraged by funds and prop shops who farm and dump tokens for profit. Liquidity is bootstrapped, but the community is not.

Compound is distributing nearly $1mn per day in COMP to liquidity providers but struggles to make simple and/or necessary improvements to the protocol. Liquidity mining sets up DAOs for short-term success, but not necessarily for long-term success. Something is missing here...

Governance of protocols is systematically undervalued. If you ask experienced builders or investors about the greatest determinant of long-term success for early-stage projects, 90%+ will say “the quality of the team.” In crypto protocols, the governance community is the “team,” so if we want to optimize for long-term success, we ought to be prioritizing the development of our decentralized team. Things like “moved too slow,” “didn’t evolve fast enough,” and “leapfrogged by another protocol” are going to be the leading cause of death for crypto protocols in the next few years — and all of these are synonyms for bad governance.

For a DAO in its early days running the progressive decentralization playbook, incentivizing community contributors is almost certainly the highest leverage form of spending. As such, rather than just mining liquidity, DAOs should be mining contributors, human capital, and more broadly, governance activity — hence, Governance Mining.

At a high level, here’s how governance mining works: A protocol commits to distribute some portion of token supply to governance contributors over some period of time. Tokens are allocated relative to how much each group/individual contributes, weighted by the value of the outcome of their contribution. The more valuable the contribution, the more rewards a contributor earns. The “value” of contributions is constantly updated as time goes on to reflect changes in their impact, so a contribution may have some value upfront, and then, rewards may be retroactively applied based on its outcome, allowing contributors to capture the longer-term value of their work.

A “contribution” could mean any action that adds value to governance (admittedly subjective), including but not limited to: highlighting a key problem, suggesting and/or implementing a protocol improvement, theorizing and/or designing a new product or version of the protocol, referring candidates for open positions, providing thoughtful commentary on a forum post, performing technical diligence on a proposal, hosting or participating in a community call, etc.

The potential impact of governance mining could be huge. Picture this:

It’s 2023, and governance mining is prevalent. A hot new protocol launches and everyone apes in — but this time, they’re aping in with governance mindshare, not liquidity. Immediately after launch, all the best crypto funds, governance mining shops, and independent contributors rush to ‘contribute’ in various ways, each within their own specialty, in hopes of capturing a portion of token supply. The protocol’s governance functions move at breakneck speed — within a couple months, the protocol has multiple pods of full-time contributors focusing on different protocol needs, almost all existing protocol pain-points and tech debt have been identified and eliminated (or en route to a solution), multiple new products are in development, etc.

If governance mining works (as assumed in the passage above), there are a number of great outcomes:

Governance Mining in Practice (The challenges)

In the wild, we’ve seen some form of governance mining introduced in protocols like Balancer, Index Coop, MakerDAO, Friends with Benefits, and likely some others. However, the success of these initiatives so far appears to be quite limited. There are a few reasons for this:

Building off the existing problems discussed above and expanding to new issues likely to arise, below are some of the key challenges in governance mining mechanism design:

Below is what a simple V1 of governance mining could look like. Admittedly, this model begins centralized and doesn’t scale particularly well, but it’s likely the safest way to ensure good results early on. And of course, the model can be refined over time.

This model doesn’t look far off from existing contributor funding schemes: this sort of looks like a gamified grants program that liberally rewards governance participation. The key difference here is that governance mining will preemptively commit to distribute significant quantities of tokens to contributors — creating clear incentives that can’t be ignored.

As discussed, the hardest part of this seems to be assessing the value of contributions. In the short-term, this is inevitably quite subjective and requires a largely qualitative assessment. Over time, we’ll be able to design governance mining distribution mechanisms that are quantitatively driven, creating greater efficiency & less subjectivity than the simple V1 model discussed above. There are already teams working on this — SourceCred who has been refining a PageRank-like algorithm for contributor rewards since 2018, and Coordinape, which emerged from the Yearn DAO earlier this year, who uses a decentralized voting mechanism to crowdsource an understanding of who in the community is contributing. These tools are designed to automate the rewards distribution process in a way that will allow DAOs to scalably pay contributors of all types. In practice, no model will be perfect. Different heuristics will be better at rewarding different classes of contributors; as such, it likely makes sense to layer different distribution mechanisms so as to not be overly reliant on any one heuristic (i.e. use a centralized council, Coordinape, and SourceCred in tandem, each with different weights).

Another important consideration: timing. The earlier governance mining occurs, the higher its potential for impact. The most impactful contributors will be those who step up as leaders in governance over a long period of time to bring projects to fruition, and these types of contributors will require significant upside to justify getting involved. Early-stage (pre-traction; pre-token / low market cap) projects will offer less present value and more future value (upside) to contributors, attracting smaller quantities of builders with long-term conviction in specific projects. Later-stage projects (post-traction; high market cap), where much of the value has already been realized, have more present value to distribute but less future value, attracting a higher quantity of contributors but less who will be in it for the long haul. However, late-stage governance mining will also have less variability in results. If a project puts up a significant amount of cash, someone will inevitably step in to do the work, but if a project primarily offers future upside (network ownership with an uncertain value), contributors will need more persuasion to get involved.

Furthermore, just as liquidity mining works best when fundamental usage has momentum, governance mining will be most effective as a catalyst for a governance community that is naturally forming and making progress prior to wild incentives. If a governance community currently has no organization or contributors (i.e. few people natively stepping up to lead work, or there is no work to be done), governance mining may attract temporary mindshare, but without the right leadership and structure in place, it’s less likely that talent will be retained.

The core idea underpinning “governance mining” is that protocols aren’t valuing governance enough. Communities are happy to spend 6-7 figures a day (!!!) on liquidity incentives, but throw a fit at attempts to pay contributors meaningful sums of money. If we truly value the contributors putting in the work to improve & advance the protocols of tokens we hold — it’s time for us to start putting our money where our mouth is.

Governance mining operates upon the principle that it’s far better to err on the side of overpaying in the short-term to attract & retain the best contributors. And the way the economics work out, governance mining programs (and general contributor compensation plans) have a high probability of being value accretive.

Say you have a $1bn network that contributes 2.5% of token supply to governance mining in the first year — this means a whopping $25mn in rewards is up for grabs. This could mean 25 contributors each earn $1mn, or perhaps 100 contributors each earning $250,000. If the sum of all the contributions of those funded by the $25mn governance mining program increases the value of the network by a mere 2.5%, the program pays for itself. In practice, this likely means if there is even a single strong governance initiative that comes from this, the program becomes worthwhile. And with that many contributors and that large of incentives, we’re probably more likely to see governance mining programs multiply network value over the long-term.

DeFi found product-market fit in early 2020 and grew parabolically after liquidity mining was introduced. DAOs are finding product-market fit in 2021; it’s now time to begin pouring fuel on the fire to massively grow interest & participation and take DAOs to the next level. Compound and Uniswap are two prime examples of protocols that could benefit from a governance mining initiative. Up-and-coming protocols soon to launch tokens should be exploring things like this to bootstrap a governance community. And who knows, maybe we’ll see a new wave of community-driven projects with governance mining at their core (if we haven’t already). Whatever happens, the name of the game is experimentation — and we’re due for more of it.

If anyone wants to collaborate on bringing some form of governance mining to life, shoot me a note on twitter or telegram (@JacobPPhillips), and let’s make it happen.