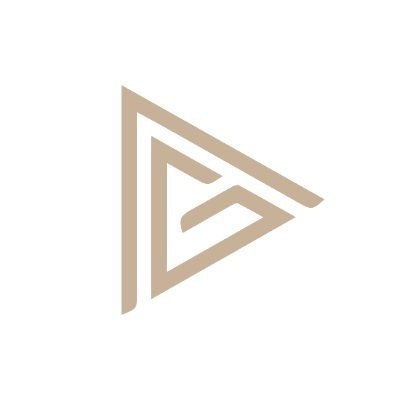 From the birth of Ethereum and the establishment of the layer0, after 8 years of construction, the layer0 and layer1 environment of the blockchain has begun to take shape, and the cross-chain and multi-chain symbiosis has become a reality. Then, where is the future of blockchain?

Undoubtedly, from the rise of early blockchain technology to the reshaping of the concept of Web3.0 today, the blockchain is no longer a simple technical bottom layer and a new stable currency. Web3.0 has formed a subversion of Web2.0 in the layer network.

Last year NFT entered the public eye, allowing artworks, pictures, avatars, music and other cultural product transaction to enter Web3, and be the independent market; this year, the GameFi track has sprung up, regionalized GameFi projects have grown rapidly, and millions of new users have poured in in a single day, which makes us see the inevitable outbreak of the application.

First, let's see what is X to Earn (replaced with X2E below)?

The concept of X2E was first proposed by Ben Schecter, head of operations at RabbitHole, in an article published on the a16z official website.

X can be any human behavior, such as eating, exercising, sleeping, shopping, studying, gaming, creating, watching videos, etc. Earn is the financial gain generated through the actions of these specific scenarios. It is foreseeable that in the Web3 world, people can obtain benefits through their daily actions, playing games, learning skills, exercising regularly, or exerting their imagination and creativity, and the money will come. At present, X2E has appeared in multiple applications of Web3, such as Play2Earn, Move2Earn, Learn2Earn and so on. X2E may already be building a new economic model of user behavior. The following categories are the most likely X2E application scenarios that we have summarized in our research.

Play to Earn (P2E) - Gaming Behavioral Economy. Making money in the form of games is not restricted by centralization, and corresponds to the Free to Play (F2P) mode of traditional games. Players play P2E games and earn game basic assets (NFTs) or game tokens. These assets are owned by players themselves and no longer belong to game developers. Players can trade their game assets through the open market, thereby earn real money.

According to the report of Newzoo, a Dutch market research institution, the traditional game market will be about 175 billion US dollars in 2020 and about 180 billion US dollars in 2021. In contrast, the current market size of tens of billions of blockchain games is only a small one. From another perspective, the market development space of blockchain games is extremely huge, and maybe it will bull up one day, so players who want P2E must seize the opportunity now.

The game scene will undoubtedly embrace the Web3 world. Compared with other money-making models, the P2E model is currently the largest. Axie Infinity’s users are mainly distributed in Southeast Asia, with more than 1,000,000 daily active users. During the COVID-19 epidemic, Axie Infinity was a life-saving straw for the poor people in the Philippines. After losing their jobs due to the COVID-19, they could still play games to earn a living. For those who understand strategy and have plenty of time, the benefits of working at Axie are several times that of ordinary jobs. Some people use the tokens earned in Axie to convert into legal currency, then buy milk powder, motorcycles, and all daily necessities, and some people buy real estate through this game.

Move to Earn (M2E) - Movement Behavioral Economy. Simply understood as making money while exercising, it is a brand-new earning model that combines exercising and getting paid. Its representative is STEPN on Solana, which just completed a $5 million seed round last month.

In M2E, users no longer play for the sake of playing. Users can start from their own subjective initiative. When they want to exercise or go out, they can open the M2E application to earn profits, and they will not lose enthusiasm because of forcing themselves to exercise. M2E doesn't deplete the body like P2E, it will only make you more and more healthy

Taking STEPN as an example, users can equip "NFT sneakers" in the application, and they can also equip with Gems to increase the attributes of sneakers. Users can earn rewards by walking, jogging or running outdoors. Rewards can be NFT assets or tokens, which can also be traded on the market for real money.

This M2E model, which combines blockchain games with real-life mobile devices, not only promotes a low-carbon and environmentally friendly life, but also promotes the construction of the Web3 world. It can be said to kill two birds with one stone. I believe that the number of users will increase rapidly in the near future.

Learn to Earn (L2E) - Learning Behavioral Economy. This may open up a new education model, where users no longer need to pay for learning, but gain monetary benefits by learning professional knowledge in a certain industry and participating in question-and-answer tests.

As early as 2018, Coinbase launched the Coinbase Earn project. Users can acquire cryptocurrency by learning cryptocurrency knowledge. Of course, this is an early project of the Learn to Earn model. There is also RabbitHole, a project (task side) that pays for tasks, thereby incentivizing users to complete certain actions on-chain. When users complete these operations, they will receive rewards provided by the task side.

This model not only promotes the popularization of knowledge, but also promotes transaction activities. Not everyone likes games or sports, but everyone inevitably needs to learn in the process of contacting new fields, and the market prospect of learn to earn can be said to be very broad.

I believe that the follow-up Learn to Earn model will introduce more fun ways. In the context of decentralization, everyone is not only a participant, but also an organizer. They can plan questions, organize learning experience exchange meetings and so on to earn money.

Design to Earn (D2E) - Design Behavioral Economy/Creativity Economy. At present, this model has not yet produced specific projects, but there will inevitably be projects hatched in the future. The popularity of pictures and avatar designs in the NFT market is one of the proofs. With so many people participating in NFT transactions, each NFT must have its own designer to design the most original templates. Excellent designers are one of the reasons why exquisite NFTs sell well. The big sales of NFTs in turn promote the fame of designers. This is a positive cycle.

There are also many talented people around us, and they may just have good designs, so that they can design their own NFTs in the game, hang on the market, and if someone likes it, they can use cryptocurrencies to buy them. Maybe their clothes are well matched, so that they can make this matching method be their own patent. If any other projects use this patent, then they must pay for it.

Design to Earn (D2E) can keep talented people from being buried, and they will shine brighter in the Web3 world.

Watch to Earn (W2E) - Watching behavioral Economy. Just like Tiktok now, users can actually earn money by watching videos, so will this method still exist in the Web3 world?

The answer is, of course yes. The transition from Web2 to Web3 will not simply make some applications disappear, but may exist in another form. Of course, there is no Web3 project for Watch to Earn (W2E) at present. I don't know if any project will see my article and start the research and development of this kind of project.

In this way, in the world of blockchain, you can earn money by watching videos, and you can also see the interesting creations of many creators and relax. At the same time, it is not necessarily the creator's video that they watch, but also the advertisement videos placed by some project parties. Users can earn money while watching the advertisements. The project party has also achieved its own precise delivery purpose and KPI, and can receive feedback from users, which is a win-win situation.

I’m looking forward to the arrival of Tiktok & YouTube in the Web3 world, and I will definitely be the first to participate.

Jumping out of the track to look at the business model, X2E is a way to retain users for a long time, which can make users and applications have a high sense of belonging. This sense of belonging makes users no longer stand on the opposite side of applications or service providers, but become co-builders. Just like the commercial crowdfunding model that first appeared in Web2, when a project has 100,000 users with a co-builder mentality, what it has are 10 million potential users connected behind the 100,000 users. Then, in the end, such a business model is no longer a B2C antagonistic psychological warfare, but a win-win situation for B+C.

But at present it is worth noting that many projects in the X2E scenario are facing loopholes and hidden dangers in the design of the economic model in order to quickly enter the track. While the economic model is the core of X2E, potential design problems have appeared in some head projects. For example, Axie’s inflation is too fast, which leads to a sharp drop in user revenue, and the return period is too long, and the user retention motivation is insufficient. Therefore, how to design a long-term sustainable economic model and continuously stimulate users' motivation through the bottom layer of products and economic models is the foundation for X2E to win the market.

The application war has been ignited in the game field, and other scenarios are also eager to try. No matter which scenario or based on which ecological construction, the project can only continue to produce applications with excellent user experience and economic model, and build applications from a long-term period, users can truly last for a long time to integrate into it, participate in the construction to achieve a win-win situation.

We are devoted in supporting and enabling Web3 projects to BUIDL future -Polkadot, Algorand, Cosmos, Filecoin, NEAR, Mina, Compound and etc.

Follow the official channels to learn more about CryptoGeek: