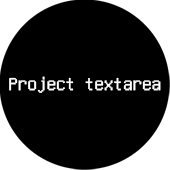 Textarea is a text derivative of NFT, which provides NFT with more value.

🧬 This project is an experiment that will explore using textual information to carry the value attributes of NFTs (such as personalized signatures or messages, etc.) in the WEB3 world over its more popular PFP derivative.

💭 Why are we doing this project?

🟢 Words and sentences have a certain “Economic value”

🧠 Based on Sentence and NFT, we have created some "Innovative Functions"

Users can stake their NFT & sentence into the open-source contract provided by TEXTAREA to generate a NEW NFT. The process of synthesizing will generate TEXT tokens, and the amount of TEXT tokens generated depends on the ranking of the all-time total TVL of the NFT project.

Users can disassemble the synthesized NEW NFT at any time to redeem the original NFT and sentence immediately. After the disassembly, the NEW NFT will be destroyed. The act of disassembling will consume TEXT tokens, and the amount of TEXT consumed is the same as the amount of TEXT produced during the initial synthesis.

The NEW NFT generated by synthesizing an NFT & a sentence can continue to be synthesized with another sentence. This process can be replicated again and again without a limit. Based on the pure text representation of TEXTAREA, all generated data will be permanently stored on Ethereum. WEB3 is the foundation.

TEXT token is the official token of Textarea project.

The total supply of TEXT token will be 170 million.

As mentioned above, the synthetic action will reward TEXT tokens, and the disassembly action needs to consume TEXT tokens.

We are building a platform dedicated to sentence-making competitions. On this platform, the word holder can initiate a competition based on word-themed sentence making. Those who wish to participate in the competition will need to use the themed word for sentence making. Participants can place their sentences for voting; Holders of TEXT will have the right to vote. Participants with the greatest number of votes will win the competition. Rewards will be prizes provided by the initiator.

As TEXTAREA is a decentralized WEB3 project, all our code is open source. We want our followers to focus on our product and not on us, just as we focus on Ethereum and not Vitalk Buterin.

Now, almost all PFP-type NFT projects are artificially creating scarcity by pre-determining the total number. This method is not healthy, because the value of an item cannot be judged directly based on how small or large it is. The real value should be reflected in the application scenarios of NFT, which is exactly what TEXTAREA is pursuing. We prefer to compare TEXTAREA to a text version of the metaverse, which is based on an infinite combination of words and sentences that can expand on a huge WEB3-based TEXT ecosystem.

We are now starting the crowdsale for $TEXT tokens, funds from pre-crowdfunding are mainly used for the team's early development and the addition of LP liquidity pools after the TEXT mainnet goes online.

📢 we are now testing on the Rinkeby testnet!