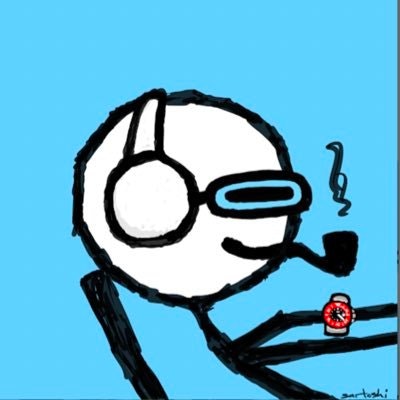 ‘Monetary localism’ -- a term conceived by Ethan Buchman -- is the idea that monetary value ought to be expressed at the local, community level, rather than exclusively at the national scale and beyond. While the view rests on a number of abstract arguments, the thrust of it is nevertheless a most intuitive idea. That is, given the plurality of human values, tastes and preferences, it stands to reason that there ought to be many abstract symbols of value -- “moneys” -- that intend to capture and convey this plurality. All things being equal, a world of many moneys is -- according to the localist -- a better than world than a world of but a few.

Monetary localism is much more than an academic exercise. Indeed, the philosophy is at the core of the grand cryptoeconomic experiment that is Cosmos; an intellectually diverse -- inherently pluralistic -- project unified in its vision of an “internet of blockchains”. Through an open-source software stack and collaborative ecosystem, Cosmos equips communities with the ability to govern their own sovereign state machines -- “community computers” -- and express their values in the form of their own native token.

The Cosmos experiment is, at least in some sense, predicated on an even more fundamental brand of localism, of which the monetary piece is simply a logical extension. It is, in no uncertain terms, a protest against the siren servers of the digital kingdoms that currently control the flows of worldly information (and, by extension, the flows of worldly power), to which we have all become ostensible serfs. In a world where Cosmos -- and analogous projects -- are maximally successful, we would find ourselves with a far more equitable spread of power, which would express itself, among other things, in a far greater number of digital service providers, bound together by their own values and “community currencies”. Indeed, irrespective of the outcome, it’s a most noble and worthwhile cause.

The problem with monetary localism, however, at least in the current internet of blockchains context, is that “good”, local money is money on which communities can actually depend for the provision of essential goods and services. Indeed, a sovereign community isn’t really sovereign at all, unless they can facilitate, through their chosen symbol of value, at least the basic requirements of human life. At present, digital communities, of the sort found throughout Cosmos, can express their values across only the most narrow subdomain of economic activities -- such things as DeFi, NFTs etc. For all the most economically essential goods and services -- such things as food, medicine, clothing etc. -- these community currencies are functionally worthless. For everything utterly essential, the money remains uniformly fiat.

This is simply one take on the “what is good money?” question, to which I answer: good money is money one can reliably express one’s tastes and preferences with; all the while positively reflecting one’s core values. Critically, good money is money that other people -- within one’s community, at a minimum -- will reliably accept, in exchange for all the goods and services one desires, and especially, those goods and services upon which one’s life depends. Naturally, this assigns the “unit of account” and “medium of exchange” functions of money greater value than is typical, certainly within the cryptosphere.

Where crypto has, to date, suggested that good money is merely non-dilutive money that appreciates in value over time, I contend that good money is less about it’s value accrual dynamics, and much more about its broader economic utility i.e. what you can actually do with it.

From my vantage point, at least, the crypto community -- and the Cosmos ecosystem, in particular -- would benefit greatly from reflecting on the basic properties of flourishing economies throughout history, and the human factors that make for a functional money. To make things a little less abstract: what I’m personally envisaging, and actively working on, is a general purpose marketplace -- “where the physical and digital intersect” -- with its own native currency (which will come to reflect its own distinct set of values). What I hope to demonstrate in so doing, and what I have attempted to convey here, is that inexorable from any great money is an equally great “economy of things”.