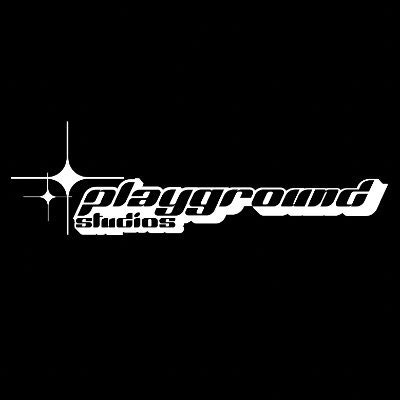 Our mission is to supercharge web3 infrastructure by bridging the sophistication of mutable data with the security of immutable digital assets.

The core infrastructure challenges surrounding NFTs and utility tokens are stale, underdeveloped, or inadequate value systems in semi-open economies. It's the inevitable outcome given that NFT Creators capitulate to the well-documented drawbacks of smart contract immutability, which typically limit their intrinsic value and interoperability.

The modern NFT economy mimics the same web2 aggregation theory challenges that persist due to strict immutability at the contract level — creators first develop their incentive mechanics within the walled gardens of their own smart contracts, and Owner value is permanently restricted by those mechanics.

Often, NFT owners realize over time that such contract limits don’t actually satisfy their best interests as co-owners of the collection. Even more often, owners aren't able to read the smart contracts they mint from in the first place.

Without dNFT systems, our NFT economy is inert — glued to the notion that “buying some collectibles now hopefully earns rewards or access to other collectibles in the future, maybe”. Resulting in...

“Owning this NFT earns a FaceTime with our celeb, grants access to her new merch, and enters you into a raffle that sends a rare physical item to one lucky holder!”

If it feels like you’ve seen this way too much, you may have wondered, “is this the all NFTs do? Is there an inflection point coming?" Well, it's rational thinking.

The crux of NFT mutability challenge is excessively rigid data structures — or, in crypto terms, the lack of any dynamic system that bridges mutable data objects and images with the immutable governance rules and tokenomics of web3.

In most instances, NFT creators are forced to treat the composability and interoperability of their collections as an afterthought. The 'individualism' of each collection creates massive opportunity costs by not intertwining real-world events, data, or even other web3 contracts.

NFT roadmaps now perform just as any updating game asset in the web2 world would — consider the upgradeability of athlete ratings in NBA2K, or tiered access to financial data in Bloomberg Terminal. Like web2 incumbents, NFT Creators are hardly incentivized to consider the value and interoperability of their assets outside of their own parameters.

While smart contracts articulate some fundamental security and transfer mechanics of an NFT’s logic, the entropy of a new “internet of money” inherently requires mutability to satisfy the principle behaviors of any evolving economy.

Much of the vision surrounding the dNFT infrastructure layers lie explicitly in middleware that satisfies the end-to-end integrations detailed before — servicing Developers, NFT Owners, and the NFT Creators in between.

Playground creates the universally composable databases within each NFT — friendly to the entire NFT ecosystem at once.

By design, the atomic layer of NFTs is not the NFT — it’s the NFT’s metadata. Such holds for the interplay between molecules and their electrons, for example.

Treating immutable tokens and their corresponding media as the base layers of the creative, as posited by prevailing NFT collections today, erroneously ignores the de facto principle that layers alone can define and generate any modern NFT.

Your home, for instance, is comprised of more than rooms and furniture — it contains a rich history of memory (both current and outdated), access from a myriad of points (different residents), and acts as the single reference point for your existence (your address). Playground’s Dynamic NFTs, which intertwine real-world outcomes with discernible objects, follow analogously.

Your home isn’t only a data point inside of a larger housing economy — it contains its own micro-economy within itself, that contains a queryable history of visitors, objects, and transactional history that exists so long as your home does. Some facets require periodic servicing (plumbing), specialized access for different members (bedrooms), and constantly-upgrading details surrounding its intrinsic market value and external market potential (amenities, # rooms, etc). It ultimately generates the ledger of record that reflects the owners, behaviors, and styles with which it’s characterized by.

The storage layer of Dynamic NFTs act similarly; while the overarching token exists as an asset marketed by the Owner, the unique mechanics of each trait within the dNFT require different depths of portability, marketability, and composability. Installing new plumbing, for instance, should permeate throughout the home; a new bed, however, is a utility only useful for a single room or a single inhabitant. Owners of different access points are privileged to different levels of access controls — perhaps friends would enter through your front door, but only family should enter through the back door.

Creating a universally accessible storage layer, or internet library, of dNFTs and their traits, gives rise to transformative new micro-economies that can deploy unique service requests, app integrations, and access controls into perpetuity. Thus, a hybrid layer where the physical world informs digital assets at scale is born.

Interested in what we’re building? We want to hear from you.