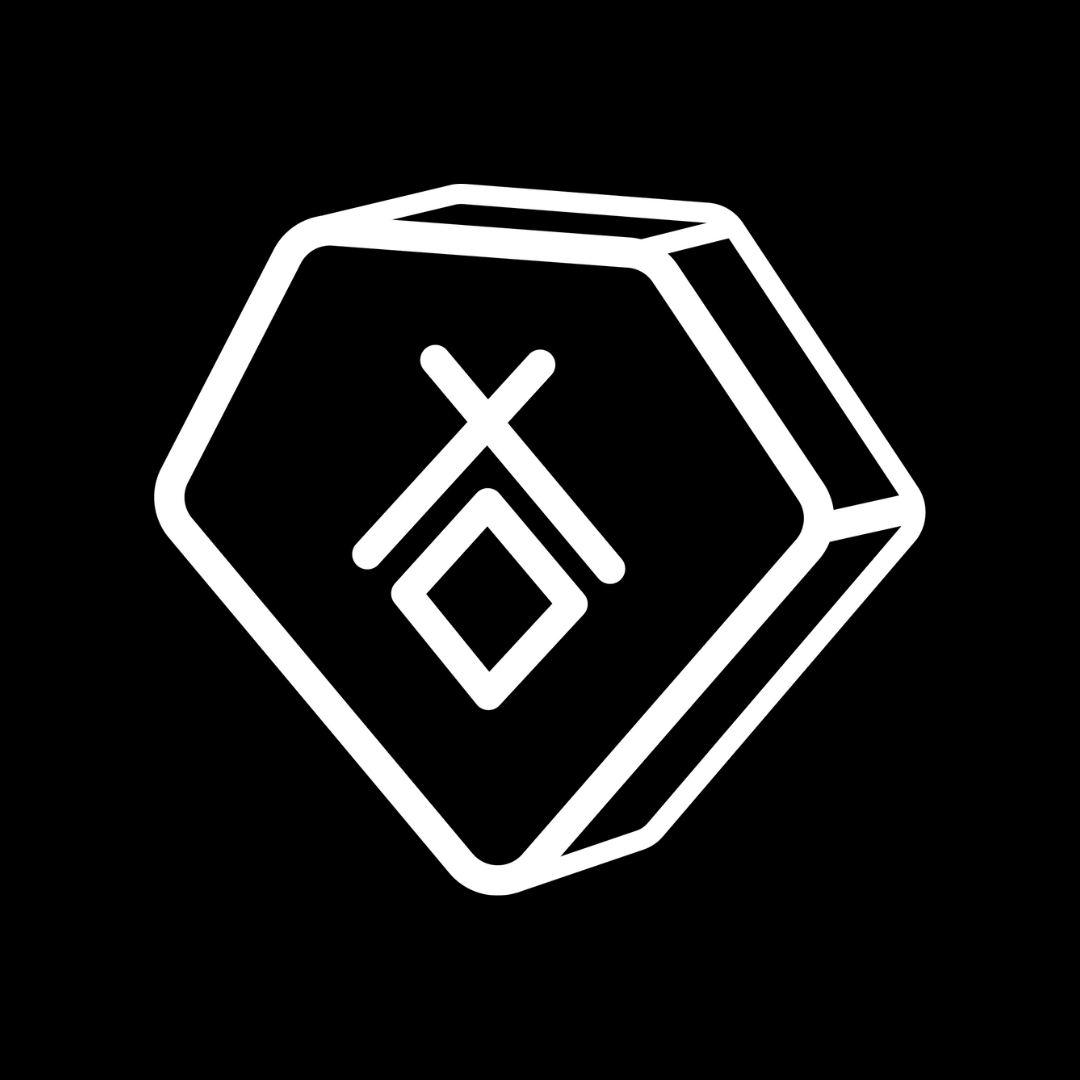 Artist incomes need to go up, here's how Web3 makes it happen.

RELICSxyz was born out of the idea that music is a foundational component of your identity, be it virtual or IRL. Our core belief is that future musical identity will be most powerful within the Metaverse. This is the first in a short series of hot takes on how we see music and the Metaverse 🤝.

In the coming articles we’ll dive into the future of music in the Metaverse, the inevitable issues with music master and publishing rights (aka “copyright”) on the blockchain, music as an identity, relationships between artists and fans, and more.

Stay up to date on all of our blog posts by subscribing via the button below.

Music labels are currently making more money than ever from streaming. However, this money is very top heavy, favoring larger, mainstream pop culture artists. After heart-and-soul effort, smaller artists play a dangerous gambit, trying desperately to breakthrough into the top-tier of stream counts and playlists. While this may be beneficial for high volume artists, this isn’t a good fit for everyone.

Music NFTs (which are a part of the larger Web3 ecosystem) offer small artists the chance to live off the support of a small loyal fanbase. Instead of needing 100,000 fans generating 1 cent each, artists can have 100 fans generating $10 dollars each. It isn’t just about income though. It is also about the artist’s ability to grow their fanbase.

Music NFTs also give artists direct access to their fans (in the form of a wallet address), more predictable income (meaning the artist can invest into their project with less risk), and allows the artist to earn enough income to avoid signing their master and publishing rights away (if they chose to stay independent).

Our project, RELICSxyz, is one of the companies tackling the transition of music from Web2 to Web3, specifically providing what we deem as “Metaverse-ready music and music players” (more on this in a future post).

Take this transition case study as an example:

RELICSxyz Season 1 artist, Glacier’s song Warriors did 200,000 Spotify streams in 2022 with 40,000 unique Spotify listeners and generated ~$750 in total streaming revenue. That same song as a RELIC generated ~$4,975 in primary sales revenue with 25 unique fans. Even better, the RELICS income didn’t harm or cannibalize Glacier’s Spotify streams. Better yet, some of his RELICS buyers discovered Glacier through RELICSxyz, purchased his RELIC, and now also listen to him on Spotify.

Here’s Half an Orange on how RELICSxyz drives new fans and new income streams:

One of the benefits of streaming services in Web2 are the recurring passive royalties they payout to musicians. Because RELICS pay secondary royalties, Glacier receives passive income each time his RELICS are re-sold and traded by collectors. This allows the NFT revenue to be a long term revenue stream and not just a one-time payday.

“The initial payouts from the RELICS primary sales to artists are very exciting. However, secondary royalties are how musicians really build a sustainable income for the long term. It seems small at first, only receiving a small percentage of each secondary sale, but as they bring over their entire catalog to the blockchain it can quickly add up. I believe as an ecosystem we must protect this royalty system for artists.” - Mike Darlington, CEO of RELICSxyz

A lot of Web3 music narratives seemed to focus on removing streaming services like Spotify, Apple, and Tidal. Even in this article we are comparing Web3 vs Web2 music companies. However, based on our sales, we think there is a healthy market for both.

Users both want to collect music as NFTs, while also enjoying the convenience of an all-in-one streaming service like Spotify.

In fact, we found that the RELICS with the highest Spotify streams ended up selling for the highest amount on the secondary market as NFTs, showing a lot of marketing value (and of course, income) can be created for the musician by allowing them to have their music in Web3 and Web2.

This isn’t to suggest that companies like Spotify and Apple can’t integrate Web3 technologies and methodologies into their current products, but that musicians and fans win with options.

We see similar trends in the vinyl space, where many collectors of vinyls still enjoy the option of both playing their vinyl record or streaming it digitally.

So, how do artists benefit directly from the Metaverse?

The writing is on the wall, and the current NFT craze will shift almost exclusively to the Metaverse. We’re already seeing this with the most popular NFT collections, promising not only utility in the Metaverse, but actually building their own Metaverse’s too (cc: AkuCribs & Otherside). Hint: These both happen to be PFP projects.

Profile picture NFTs (PFPs) were the last darling of Web3, and we think music is next (more on this soon). PFPs are used as a way to represent yourself on the internet, primarily in Metaverses. We see a future combination of PFPs and Music NFTs used as your virtual identity as the magic potion. But also, when avatars gather, what will play in the background? Think how boring virtual worlds are going to be without music.

Use of music in the Metaverse will accelerate the requirement to own a Music NFT by your favorite artist, and perhaps discovering new ones along the way.

Let’s tally up a few facts about Music NFTs and Metaverse-ready music:

Second, when polled about their interest in the Metaverse, the majority of Millennials and Zoomers put music experiences at the top of their list. Check.

Third, the Metaverse is being built to allow users to plug-and-play music NFTs? Check.

And finally, music lovers and fans have a long commercial history with collecting memorabilia (i.e. vinyls) and paying for songs in various traditional formats from their favorite acts, so long as those collectibles deliver a true music fan experience.

By connecting the dots on these various ideas listed above, one can see how the Metaverse is more than likely to increase the popularity of music NFTs, in turn, providing artists a greater opportunity to earn a living wage.

A couple quick examples on how we see this playing out:

Artists today make a majority of their income from in-person performances (repaying massive advances to music labels in the process, a story for another day). By performing in the Metaverse instead of going on tour, the artist relieves themselves from a vast amount of the financial risk, not to mention the well-documented physical and mental harm associated with it.

Plus, as a music fan, it’s a more fulfilling experience actually owning music from an artist you love. Ask anyone who grew up in the ‘90s, and they will tell you how important sniping a fresh CD from the music store was on release day.

In the end, the combination of growing Metaverse adoption and integrated music NFTs will benefit the well-being and economic prosperity for a greater number of creators.

If streaming requires musicians to have massive audiences, music NFTs unlock a much smaller audience with a higher loyalty factor required - aka their 1000 (or 100 in this case) true fans. The Metaverse will only amplify this flywheel of fandom, providing the biggest music retail store ever imagined.

So, how does RELICSxyz support this next step in the world of Web3? The best way we know how - by amplifying the next wave of the music NFT movement. The next phase of RELICSxyz will see a wider range of musicians and visual artists than ever before, with the likes of Raf Grassetti (Art Director of Sony’s God of War franchise), and few other yet-to-be-released names.

We’re still a long way from mimicking the feeling of finding your favorite artist's album at a record shop, or hearing the first guitar string over stadium speakers, but we’re closer than we’ve ever been. And while we adventure into the future of music in the Metaverse, at least you can be sure artists are benefiting more than ever.