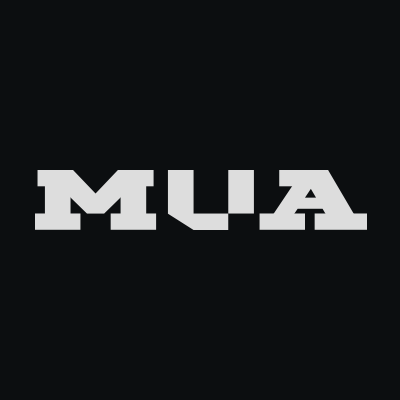 Did everyone have a good time at MUA2049?

Judging from the data in our backend system, almost all DCL users have come to the MUA2049 venue last night.

Thanks to everyone who came out to play.

Ladder, can be considered as an ancient technology and tool. You can use them to fix a light bulb, climb over a wall, escape from a fire, save a cat or your soul, or go to the moon.

This is a flashmob event dubbed “Tiny” and planned by MUA. Starting with "Ladder", step by step, you can create mini candies in the interval between MUA Design Awards.

The high-profile TOKEN2049 will be held in Singapore in less than half a month. From 28 September to 29 September, it will currently be the largest offline web3 event in Asia, with 250+ exhibitors and nearly 10,000 attendees.

Also, the Asia Crypto Week, which features a week of various independently organized side events around TOKEN2049, will be running from 26 September to 2 October 2022. Expect a wide range of meetups, workshops, networking drinks, parties, and Formula 1 Racing.

Our first encounter with most of the architects in the community occurred in the MUA Design Awards | 2022-I. As a newly-started project, we received over 96 full competition entries that pass muster with little to no marketing.

During the two months of the competition, we organized Eight community AMAs, finished Ten competition tutorials, and provided 24/7 technical guidance. We also witnessed the milestone of many members achieved by building something from scratch in the web3 world.

With your company and support, we have held more than a dozen events including Anchon MUA Square Clock-in Contest, MASK ON MUA ON and various AMAs, and the community members have grown to nearly 2,000.

MUA DAO hosted an AMA with PlayerOne on August 27th at the official MUA DAO discord (https://discord.gg/mua-dao). We touched upon topics from market conditions to latest updates of PlayerOne and our collaboration. JJiang, product directive of PlayerOne, joined us and answered questions raised in the MUA community.

So happy to have everyone here for our AMA event tonight. My name is Marsko and I’m from MUA DAO. This is guest, JJiang, from PlayerOne. Hello, JJiang!

Dear mArchitects, we know that for most regions of the world, the COVID-19 pandemic has ended. But we've become used to wearing masks when we go out—whether it's still mandatory or a force of habit.

As an extremely creative community, we certainly will not miss any opportunity to express ourselves through design.

We decided to organize a community mask design competition before our next architecture competition.

We are pleased to introduce “The Planet Magrathea”, the second space built and operated by MUA DAO.

MultiverseDAO is the world's first Decentraland scaling platform. It builds a UGC metaverse where everyone owns land, and jointly builds the metaverse crypto economy. The platform's land supply is determined by the population base. In the future, one piece of land can support the construction of N parallel worlds. The main staff of MultiverseDAO used to work for the Decentraland Foundation.

The MUA DAO X Ethereum Towers AMA was held on August 4th at the official MUA DAO discord (https://discord.gg/mua-dao). The theme of the special session is "When mArchitect Enters Ethereum Towers ". MUA DAO invited Shane, COO of Ethereum Towers/Ethereum Worlds, to share details about our collaboration with each other.

Candice （Co-founder of MUA DAO）:
Special day! Today is the Chinese Valentine's Day. Welcome everyone to our AMA session. MUA DAO is a community whose mission is to create the largest virtual reality guild of architects, providing a large number of builders for the metaverse. Today, we are pleased to invite them from Ethereum Towers, a community centered vertical mega-structure consisting over 4,000 recent owned apartments and a variety of commune areas, to share with us about their project. So before our AMA, hey Shane, will you please introduce yourself and Ethereum Towers? Please?

Shane:
Yeah, thank you so much for having us today, Candice. Welcome everyone. Thank you guys so much for tuning it to today's AMA as Candice kindly pointed out my name is Shane. I go buy Dadcipher, and go by many different names according to my kids. Anyways, I'm with Ethereum Towers. We are an upcoming metaverse project. We are building in VR first, more specifically, oculus, and Ethereum Towers. This is going to be sort of like the first major development in our upcoming metaverse called Ethereum Worlds.

The MUA DAO X StarryNift AMA was held on July 18th at the official MUA DAO discord (https://discord.gg/mua-dao). The theme of the special session is "When mArchitect meets Starryverse". MUA DAO invited Karen, CMO of StarryNift, to share details about our collaboration with each other.

Never Drink Alone is the inaugural competition of the MUA Design Awards held by MUA DAO.

It is a challenge to the traditional virtual architecture competitions, which are full of parametric design works only to show exceptional skills, and it is also the beginning of a group of creators who aspire to achieve breakthroughs and excellence building a more ideal world in their minds.

A virtual space that is real, interactive, thoughtful, and immersive to users.

MUA DAO is excited to announce our strategic partnership with StarryNift.

As a global community of very talented content creators of the metaverse, we are thrilled to bring fantastic ideas and ingenious designs to the StarryNift metaverse.

As proposed by StarryNift, by enabling creativity through technology, we can open up an opportunity for creators to explore multiple forms of value capture.

MUA DAO has also been committed to helping creators in the IRL who are professionally trained and experienced in design do their best in the metaverse.

In order to help you better understand the requirements of this section of the competition, we invited X-Lab Architects to create a Show Case for demonstration.

X-Lab is an IRL (in real life) firm composed of young architects, and as pioneers of the MUA DAO community, they are passionate about new forms of architecture and have been producing works in the metaverse for the purpose of teaching and demonstration.

We hope to provide reference to you guys by showing the construction process of 「Show Case」.

Hey, do you feel trapped in life?

No matter what time zone, world or system you’re living in now, it’s as if the entire human race is trapped in the recent pandemic, war, recession, earthquake and all the other dreadful things.

Maybe there are more terrible things in your life? Break-ups, isolation, reduced income, or maybe you just haven't traveled for a long time…

Bad times are like a snail chasing after you, or the Ginosaji (a guy who tries to kill people with a spoon)?

MUA Badge System is a network that connects every owner and admin of the MUADAO ecosystem.

Community members will be granted different levels of access privilege and governance/voting weight based on the level of their MUA Badge NFTs.

In addition, the MUA trading platform will be issuing $MUA tokens shortly after its launch. The $MUA tokens will be airdropped to community members based on their involvement and contribution to the MUA community. $MUA holders will receive MUADAO’s future revenue proportionately.

The following is a complete description of the MUA Badge System：

In 2008, when Genesis block, the first block of Bitcoin known as Block 0, was ever mined, no one could have imagined that in just 14 years, human beings would have created a new world for themselves.

Yes, it can be barely called as a world now. When an invention, attracting most capital and the most influential talent in the world, taps into a disproportionate amount of resources, we can boldly assume that no matter what obstacles it will experience, it will grow at an incredible speed. With the world's largest companies announcing their entry into the metaverse, 2021 is also known as the first year of the metaverse.

Let's take a look at what happened in the last couple of months from the news reports.

On November 23, a plot of digital land in Decentraland, a decentralized virtual reality platform, was sold for $2.43 million and will be developed in the future to promote fashion shows and commercial activities in the digital fashion industry. In September, Snoop Dogg, a famous rapper, purchased his own digital plot of land in another virtual reality platform, The Sandbox, where he will host private virtual concerts, parties and other events. Because of his presence, the price of three adjacent plots have also risen, one of which was purchased by a user named P-Aped for a whopping $450,000.