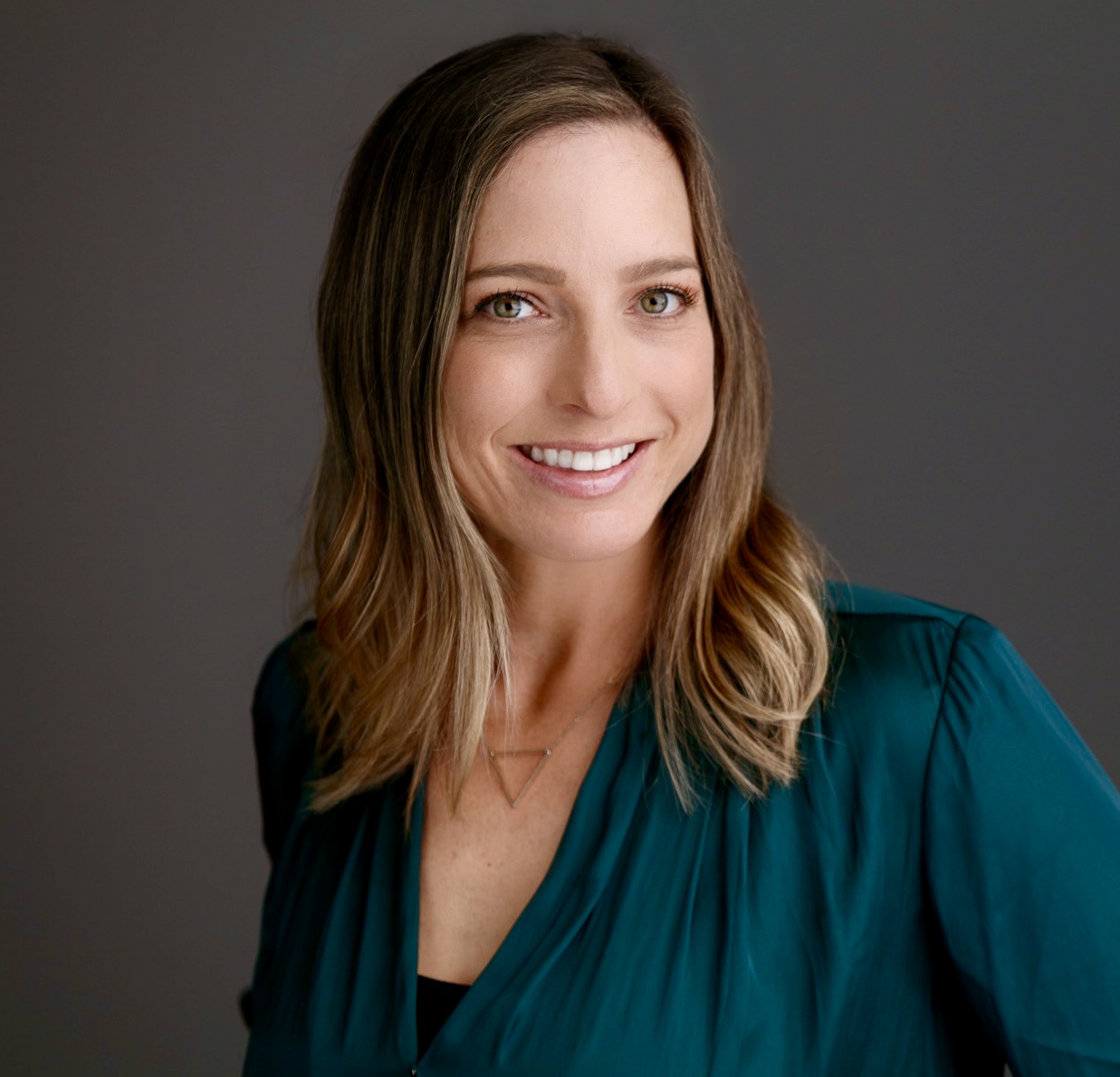 DAOs are communities with a shared bank account; they’re part of the ownership economy. While NFTs provide ownership for creators, DAOs provide governance. DAOs are decentralized communities; they work toward a specific goal with no hierarchy and token-based decision-making.

DAOs (Decentralized Autonomous Organizations) caught attention when an organization known as ConstitutionDAO, made up of 17,437 people formed a “flash mob” to raise almost $40 million to acquire an authentic copy of the US Constitution. A higher bidder eventually surpassed ConstitutionDAO, but the DAO completed its job and showed the world how autonomy could replace the old hierarchical structure of leaders, managers, and employees.

Autonomous: (adjective) / ɔːˈtɒnəməs / – Having the freedom to govern oneself or control ones own affairs.

The History Of DAOs

Slock.it established ‘TheDAO' on Ethereum in 2016 as a method to coordinate investment in, and control of, a treasury of $theDAO tokens. $150 million in $ETH had been deposited by the end of the four-week sale in exchange for 1.2 billion tokens, each worth 0.01 $ETH.

In retrospect, this was an unfathomable burden to impose on such little shoulders: TheDAO smart contract was written in Solidity, which was just a few months old and required the documentation and battle-testing needed for production.

On June 17, 2016, hackers utilized a recursive call to carry out a're-entrance exploit, draining 30% of the treasury cash. Following the breach, the Ethereum community agreed to fork the blockchain at block 1,920,000 to learn from the event.

Solidity has accumulated years of developer time and is used in millions of smart contracts to manage over $100 billion in funds five years after the TheDAO attack.

The area's sophistication already transcends traditional finance on a protocol level, in the sense that certain activities like flash loans have no equivalent outside of Decentralized Finance (DeFi).

Democratic and transparent decision-making is the goal of DAOs.

DAOs could one day replace your current employer, and it won't be a surprise if they do.

So let's start with the nitty-gritty of DAOs first.

DAOs are all about building communities. But people only contribute to communities if they trust that their time and energy are going to be put to good use.

What Is a Dao?

DAOs, which stand for decentralized autonomous organizations, are the next generation. They are groups of people who work together to achieve a common goal without a single person in charge.

DAOs are a convenient and secure method to collaborate with people worldwide who share your values. It is a non-hierarchical organization. A community forms around a set of rules upheld on a blockchain to make decisions from the ground up. Think of them as a collaboratively owned and managed internet-based enterprise. They have secret funds that can only be accessed with the group's consent. Voting is used to ensure that all organization members have a say in making decisions.

For example, PleasrDAO members chose to buy the Wu-Tang Clan CD together. They then drafted an NFT to serve as a legal document transferring ownership of the album. PleasrDAO's members co-own the NFT deed and, therefore, the album.

Teams with elected leaders may form in larger DAOs to address various parts of the organization. In this approach, not all members are required to vote on every aspect of the proposal.

Transparency is the most crucial feature of DAOs. Every decision made by the DAO is proposed, reviewed, voted on, and published in the public domain for future reference.

Neither a corrupt CEO nor a shady CFO has the power to authorize spending based on their whims. The DAO's code includes spending regulations and every aspect of the DAO's operations is publicly accessible.

DAO can be used for a wide range of purposes. These organizations make it feasible for freelancer networks to pool their finances to pay for software subscriptions, charitable groups to authorize gifts, and group-owned venture capital firms.

One of the Dao's most important aspects is that they allow businesses and institutions to work together toward a common goal without knowing one another. To ensure that no shareholder can alter the rules of a DAO in the future—at least not without a majority vote—the rules are recorded on a visible, secure, and open-source blockchain ledger.

But you might wonder what is the hype and how does a computer program know what's in the organization's best interest?

Computer code operating a DAO employs complex economic principles, such as game theory, to ensure that its interests and future direction are aligned with its stated purpose. Shareholders of the DAO also participate in the decision-making process by submitting and voting on proposals. Stakeholders use governing tokens to vote. The more tokens a stakeholder has, the greater the impact of their vote on the network will be. For a proposal to take effect, it must be supported by most governance tokens and adhere to the DAO's consensus rules.

DAOs can stream payments to contributors via Sablier or Superfluid,

DAOs can even offer something akin to an employee stock option plan (ESOP) by locking tokens in an options contract and streaming call options to contributors over some vesting period.

Drawing inspiration from SourceCred,  Govrn takes this a step further and works with individual DAOs to create a “Movement Model,” in which the community assigns weight to different types of contributions depending on its priorities.

Frameworks (such as the example below) for evaluating different types of contributions for the DAO are helpful to ensure their success:

DAOs come in a variety of types.

It's vital to remember that DAO is a broad term that refers to various organizations and corporations. Even if the two collectives are substantially different, they are also DAOs. On this are a few well-known DAO examples:

What's Goin' On with DAOs?

Smart contracts govern the DAO and are written by core community members. The DAO's functional architecture is laid out in these smart contracts. Every stage of the process is laid out so that anyone who wants to join may see exactly what's going on at all times.

Once these rules are in place, it's time for the next DAO development phase, which revolves around finance and governance. By selling tokens to raise money and fill the DAO's treasury, this is often how the protocol accomplishes its goals. Some voting privileges are granted to token holders in exchange for their fiat currency.

The DAO is ready to be deployed once financing has been secured. Once the code is sent into production, it can no longer be altered by any other method than a unanimous vote by the organization’s members. The community of token holders can only change the DAO's rules; no one else can change them.

DAOs communicate with each other over a range of coherence and trust levels. Patrick Rawson, who is Financial Controller at Staxo, says,

“Distributing ownership to squadlike units with more specific aims is the key long-term difficulty to address.”

Squad-like entities are smaller teams with trust relationships, similar to the gaming guilds that work alongside DAOs to complete missions consistent with their core values and goals. An in-depth analysis reveals that effective DAOs behave more like teams than the loosely coordinated swarm intelligence they appear to be, such as the network of 100 connected cooperatives that makes up the MONDRAGON Corporation.  It is possible to sketch three layers of a DAO, based on Rawson's analysis:

A heterarchical network or system capable of being ranked in numerous ways emerges from these levels. It shows how tokens, teams, and tasks are spread among several DAO networks, which may be ranked or sorted in various ways.

DAO networks that use tokens are more likely to be run democratically for those ecosystems that place a high value on sharing ownership. While teams and objectives aren't restricted to the quasi-institutional limits of a single DAO, token ownership in several DAOs can and should represent them in a meaningful way for the control network to become genuinely decentralized.

In What Ways Does A DAO Generate Revenue?

Dividends from the organization's investments are typically how a DAO makes money. People beginning a DAO can also make money by persuading people to invest in them based on their business concept.

After the fall in 2016, DAOs are making a victorious comeback with the growth of NFTs and cryptocurrencies. DAOs have been dubbed “the ideal mix of capitalism and progressive” by billionaire Mark Cuban. Entrepreneurs may make a lot of money with DAOs but only if their community “excels at governance” and if they can make a collective choice.

The Impact of DAOS on the World

The DAO market is evolving at a rapid rate. It can only cover a fraction of the existing projects and even fewer new use cases are being developed daily.

The names and details of these groups vary across DAOs, but we can roughly group them by their operational functions:

How DAOs Are Beneficial

DAOs have the potential to enable a wide range of previously unimaginable business models. This opens the door to all kinds of autonomously structured and run organizations, such as distributed venture capital firms, decentralized hedge funds, decentralized governments, decentralized public utilities, and basically any other decentralized entity your imagination can conjure up.

What Challenges Do DAOs Face?

The regulatory context in which DAOs operate is completely unknown. It remains evident how different countries will build regulatory frameworks for these new forms of organizations. A constantly unpredictable regulatory landscape, on the other hand, could be a big impediment to DAO adoption.

DAOs have substantial performance and security costs due to their desirable qualities (decentralization, immutability, and trustlessness). While some of the possible companies that can emerge as DAOs are undeniably intriguing, they also bring a significant amount of risk that isn't present in traditional organizations.

Decentralization is more of a spectrum, with each level suited to a distinct type of use case. Full autonomy or decentralization may not be practicable or desirable in some instances.

Two things are true when it comes to culture with DAOs:

DAOs have no hierarchy which allows more people to interact than ever before. This is a blessing or a curse depending on how the DAO is set up. For example, it might be more difficult to coordinate and move quickly compared to centralized leadership like a CEO making quick decisions when necessary.

Still, the protocol's governance rules will always be a source of centralization. It might be argued that centralized organizations can operate more efficiently while sacrificing the benefits of open participation.

While DAOs are growing in prominence, it’s still too early to predict what DAOs will become in the future. Despite this, leaders can learn some valuable lessons from this emerging form of organization.

Follow my writing on decentralized finance by subscribing below.

Disclaimer: The content covered in this article is NOT to be considered investment advice. I’m NOT a financial adviser. These are only my own speculative opinions, ideas and theories. Do NOT trade or invest based purely upon the information presented in this article.

I'm the Founder and Creative Director of Jessica Ann Media, where I help you to reach your target audience through clear writing and results-driven content marketing. I've pioneered new content initiatives at top brands like Sirius XM Radio, Adobe, Bitcoin and Getty Images. My book, Humanize Your Brand: How to Create Content that Connects with Your Customers, was ranked as one of the top Business books in Marketing. My podcast, the Art of Humanity, is where I interview artists, leaders, authors and entrepreneurs about creativity and consciousness.