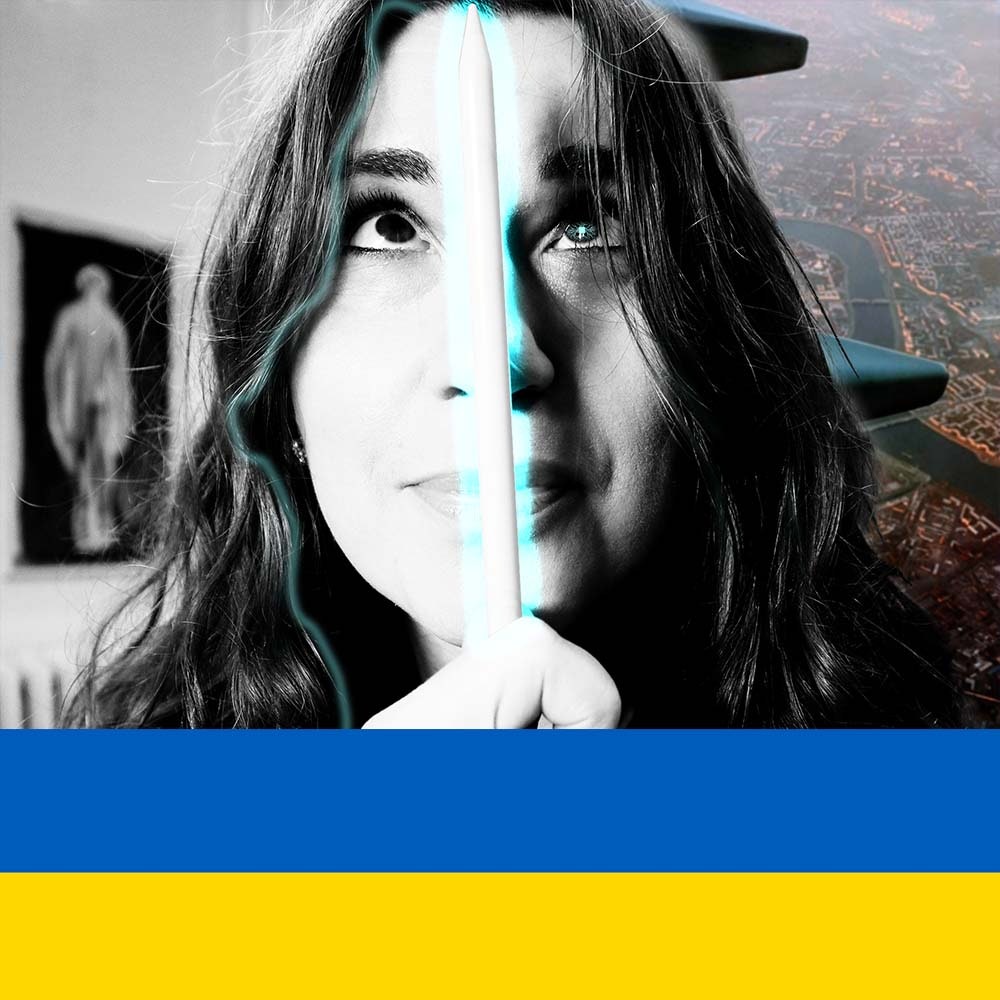 In response to Vladimir Putin’s violent invasion of Ukraine, the world’s attention has mainly been focused on supporting Ukrainian resistance and finding ways to undermine Russia’s economic and political power in order to incapacitate Russian military funding and prevent further escalation of the conflict. While truly admirable in their prompt and decisive united reaction, Western governments and businesses seem to have forgotten and literally turned their backs on one critically important group of people: independent Russian journalists speaking against Putin’s regime and committed to reporting the truth about the war.

In the past few days, all independent Russian media outlets who refused to stop covering Putin’s attack on Ukraine and continued using the words “war” and “invasion”, have been blocked in Russia. This means that pretty much 100% of independent Russian-language media have now either completely stopped working or can only be accessed via VPN or e-mail newsletters. Foreign news services have also stopped reporting from Russia, as the new censorship law hastily passed by the Russian Duma means writing about the war can result in up to 15 years in prison sentences for their correspondents. After Russia has broken her ties with many international organizations, it’s being suggested that capital punishment may be reintroduced all across its vast territory.

Thousands of Russians who are against Putin and the war are fleeing Russia while it is still possible, including hundreds and hundreds of journalists, creative content creators and human rights activists. Many of them weren’t staff members but worked free lance for independent Russian and international media, which have either shut down or possess insufficient funds to sustain all their former collaborators in exile. Since Mastercard, Visa and PayPal have made it impossible to process payments via Russian accounts, a growing number of these talented brave Russians have been left to their own devices without any means to find shelter or food.

To make matters worse, many of them have nowhere to go where they could continue living and working in safety. Russian journalists who risk their freedom and sometimes even their lives in fighting against the war are not welcome in Western European countries, the US or Canada. The lucky ones who manage to escape end up in Armenia or Turkey, where they are allowed to enter without a visa. Some will flee to the West with a tourist visa without any prospects of legal work or support, their credit cards cancelled.

For many years, I used to work as a correspondent for Radio Free Europe/ Radio Liberty’s Russian Service. Since today, Radio Free Liberty’s Moscow office is closed and the head of the Russian Service Andrey Shary told me he is doing his best to save many of their reporters. It would be wonderful if individual journalists were given visas or special status and some kind of housing and financial support in the EU, so that they could continue working, he told me.

There is so much work to be done and so many Russian journalists ready to work, once they are given a chance to survive.

The world desperately needs these people in what is essentially an informational war, Putin’s war on truth and integrity.

It is high time that the EU includes the following measures in their refugee relief efforts:

The following three independent news outlets currently continue reporting from Russia using private donations. Most of them simultaneously serve as support hubs for victims of political prosecution, provide legal advice and technical hacks to get around censorship blockades. It’s fair to say that without these resources, there will remain no verified reporting from within Russia and no internal support for those speaking up against the war in Ukraine and Putin’s regime in general.

The independent media below also accept donations in cryptocurrencies.

Based in Latvia (reporting both in Russian and English)

I fully align myself with the statement:

Kristina Petrasova, Netherlands Institute for Sound and Vision, The Netherlands

While collecting the above signatures, I have received a few additional points contributed by my colleagues that I would like to sum up in this postscript: