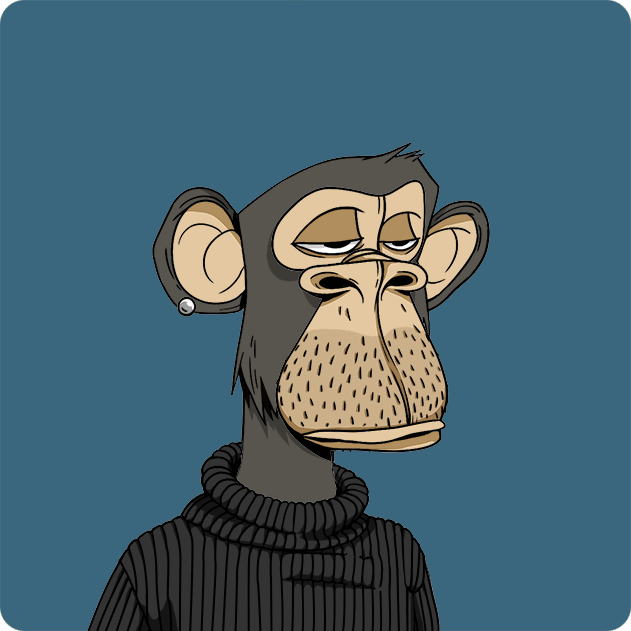 Chain Runner’s has been one of my favorite communities I’ve had the pleasure of becoming a part of. The community is full of builders and genuine people that truly care about the space (not just people that solely care about “number go up” tech).

Teams like the Chain Runners team and Anonymice team are trail blazers in this space. They go above and beyond what’s “normal and necessary” to ensure they create the best products that push the space forward.

I wanted to write this article to showcase the on-chain tech that composes each Chain Runner because I don’t think a lot of people fully appreciate/understand it, but it’s honestly super fucking cool. I hope this can help people understand the sheer big brain thinking that went into this project and encourage those same people to support real builders.

Disclaimer, some of the traits I mention here are just for example purposes to make everything easier to understand, so they might not correlate exactly to what you see on OS or Etherscan.

First and foremost, shout out Anonymice (and every other on-chain project) that are just continuing to build. The trait weighting logic was inspired by you guys and it’s awesome to see your community continue to build as well.

This is the core mint function that constructs your runner. Every runner has a dna that determines what traits that runner has (more on this later). The dna is created by generating a pseudo-random number on-chain by hashing various block values and txn values, and then converting that into a uint256. This essentially takes a whole bunch of pseudo-random bytes and turns it into a large number.

Although this isn’t perfectly random, it’s completely fine in this case since it was just for mint and realistically, it would’ve been impossible to game this since the runners minted out so fast.

This is where all the magic happens, so buckle in and let me learn you a thing or two.

Small disclaimer, recently the Chain Runner switched tokenURIs point to off-chain URLs to let people verify their pfp on Twitter (Twitter blue doesn’t support fully on chain SVGs… $26B company can’t figure out how to decode SVGs… smh). However, before this change, the tokenURI pointed to an on-chain image renderer - this is what we will be going over.

Look… I know what you’re probably thinking… what the fuck do those numbers mean? Well at least, that was my first impression, but don’t worry, it looks complex but it’s actually beautifully simple.

Let’s make this easier to understand by changing up some of the syntax in the above code snippet.

Let’s do the rest:

Every single race has the possibility to have all 13 traits, but that is determined by the actual array of numbers for each trait (the 3rd index in WEIGHTS).

Lets add comments to the array so it’s easier to see what’s going on:

You may have noticed the 0. That just means, for the human race, that specific nose trait is not selectable (for instance, it may be the bot nose which only the bot race can have).

Now that we understand what WEIGHTS represents, and that the long array of numbers is actually just the traits are mapped to probabilities, let’s see how a runners dna actually determines its traits.

This function takes our dna and returns 13 different numbers in an array (NUM_LAYERS == 13 which is how many traits we have). Each number in the array is created by modding the dna with 10000 (which will return the last 4 digits of the dna), and then we bit shift dna to the left by 14. We shift by 14 because it’s the lowest power of 2 that is > 10000. If we shifted by any less bits, the previous number would have a 1 bit correlation with the next number. We keep doing that in a loop until we get 13 numbers, 1 for each trait. These numbers determine which trait we get.

Caveat: our dna also determines our runners race but let’s just say our runner is a human for all examples.

I’ll show you what this function is doing with an example.

Caveat, sometimes the probability you get from your dna is greater than the sum of the traits array, that simply means, your runner will not have that trait at all. This is some runners have different number of traits.

This is essentially the crux of how a runner’s trait is determined.

Boy o boy that was a lot of information. Take a quick breather :) We’re almost done!

This function takes in a runners dna and creates all the probabilities for the traits and sees which traits our runner has (line 252 calls the exact function we described above getLayerIndex()). Let’s break down this function in steps:

Formatting the image and returning the tokenURI

We’re almost there! This is the last section.

This is the tokenURI function that formats all the JSON metadata and constructs the onchain SVGs.

This gets all the trait data for our runner, everything mentioned in this article thus far. This line calls the exact function I explained above. numTokenLayers is the number of layers for the runner (number of traits), tokenLayers are the actual trait names for the runner (background 1, nose 2, face 1, etc) , traitTypes as mentioned before are the actual base64 encoded trait categories (Background, Face, etc), and the rest is for the SVG creation.

Line 213 - 218 Loops through all the layers our runner has and constructs the JSON string. These are already based 64 encoded to save computation again. Here are the decoded versions:

Once we have this JSON, we call tokenSVGBuffer on line 219 which takes our runners layers and actually constructs the SVGs! I won’t go over the creation of SVGs since that isn’t unique to Chain Runners. It’s essentially creating SVGs using HTML SVG classes and there are a ton of resources online.

Now finally, we have our JSON metadata and SVG image constructed, so now all we have to do is format these in a proper data URI that the browser can render which is line 220-228. Of course, it’s all already base64 encoded. Won’t go over data URIs since there’s a bunch of resources online about them and they’re not Chain Runner specific

Voila! That is how your runners are created!

Hope to see ya in the Chain Runner’s discord!