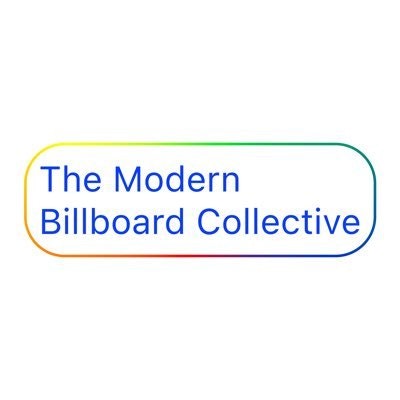 A group of Internet friends came together to reflect on these questions. The result was The Modern Billboard Collective – a collective of startups selling ad space on their websites as NFTs.

Check out the live billboards here:

The initial spark came from the unlikeliest of places…the Million Dollar Homepage.

The Million Dollar Homepage was created in 2005 by Alex Tew (now the founder of Calm 🤯). He sold one million pixels for $1 each to pay for school and each pixel gave its owner the right to add a logo and link out to a website to drive traffic.

It took Alex two weeks to convince friends and family to purchase the first 47 blocks for $4.7k. He took that cash and hired a PR firm. Then things got wild. By New Years Eve 2006, $999k worth of pixels had been sold.

As the site attracted more visitors, the pixels became more valuable. Alex capitalized on the buzz by auctioning off the last 1000 pixels on eBay for $38k, bringing his total haul to just over $1MM.

If you zoom into the image on the top right, you’ll find the words: “own a piece of Internet history”.

But here’s the thing, the early pixel buyers and fans of the project weren’t able to freely trade the pixels and share in the financial upside of the project. To call this an experiment in digital ownership is laughable by today’s standards, where tokenization and crypto-economic protocols are making it possible to make the Internet truly ownable.

An NFT equivalent of the Million Dollar Homepage would presumably introduce a new business model with shared upside for pixel owners, and perpetual royalties for the creator baked into the code itself.

Genius? Not so much. Many have tried and failed.

It’s hard to replicate the viral success of the Million Dollar Homepage.

But zooming out, the key insight from the Million Dollar Homepage is that digital real estate can be very valuable. So why start a website for the sole purpose of selling pixels on the lottery chance that it succeeds when we could apply the same logic to existing digital real estate?

The same logic applies in digital spaces - and it’s more than just domain squatting. Buying ‘real estate’ on a startup’s website could be the equivalent of investing in a property in an up-and-coming neighborhood.

Owning shares in a startup has proven to be a huge source of wealth creation - but most people don’t have the opportunity to invest in startups. Additionally, most startups thus far have had to trade money for freedom, defaulting to raising venture funding. Tokens have proven to be a lucrative alternative for founders to fund their companies while aligning their community to participate in the upside.

The Modern Billboard Collective is a group of startups selling ad space on their websites - represented as NFTs on a billboard - that are freely tradeable. If you believe a website in the collective will succeed and generate more traffic over time, you can buy a little piece of it now and resell it in the future. Chances are, as the participating websites become more valuable, your lot will be worth more.

Ad products typically only work once you have millions of eyeballs. But tokenization introduces a new dynamic. By combining the benefits of a billboard ad with the appreciation potential of an NFT, we are giving lot-holders a unique way to support the companies they believe in, advertise their own projects, and retain significant upside potential.

It’s the benefits of advertising, the upside of an investment, and the feel good vibes of patronage ;)

How exactly does this work?

For startups in the collective (aka websites hosting a billboard):

For the lotholders (aka the people buying the NFT lots):

For startups in the collective:

Will this perform well as an advertising format?

The short answer is – we don’t know! Maybe the square lots won’t get many clicks, but maybe the opposite will happen. Some of our working hypotheses:

Lastly, we want the format to perform well and are committed to exploring and evolving the format to make it more performant (and human) than the status quo. Early supporters will be remembered and rewarded.

Can I buy a gridlot and rent out the ad space to someone else?

Once you buy the lot, it’s yours and you can do whatever you want with it (within the bounds of the hosting sites’ terms & conditions). In the future, we plan to add native tools to allow lot holders to rent out their lot space for a limited time.

I want to host a billboard on my website, how can I join the collective?

Tokenization is perfect for this use case because combined with other financial building blocks on Ethereum, they allow anyone to own and trade their gridlots in a way that is borderless and easy to transfer. In addition, NFTs enable seamless, perpetual royalties - companies monetize by collecting royalties every time the NFTs are resold, an entirely new revenue stream that is only possible because of cryptoeconomic protocols that can encode royalty logic in the media itself.

How can I browse and bid on available lots?