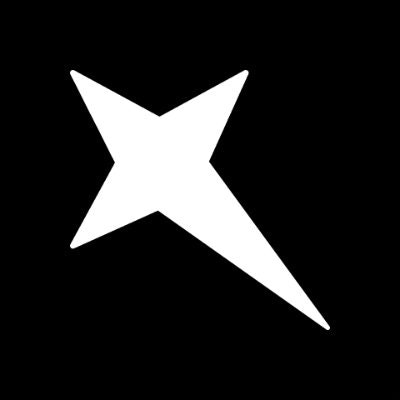 We are excited to announce the launch of Arrakis PALM - Protocol Automated Liquidity Management, the next evolution of liquidity bootstrapping. PALM is a product built on the Arrakis V2 Infrastructure and aims to solve the existing problems that web3 protocols & DAOs have in regards to creating deep liquidity for their token.

In this introductory article we discuss how protocols currently acquire liquidity, the pro’s and con’s of these methods, and lastly present a new approach which solves the current flaws of acquiring liquidity - PALM.

Since DeFi Summer there has not been a lot of innovation in regard to protocols acquiring liquidity for their tokens. The problem of liquidity stems from the issue that protocols need inventory, in order for an Automated Market Maker (AMM) to be able to provide tight spreads. To get this inventory, protocols have had to rely on two distinct methods up until now:

In both cases, a protocol had to offer financial incentives to acquire the inventory needed to create liquidity.

In liquidity mining, protocols rent liquidity from investors that are willing to deposit capital inventory into an AMM in exchange for token rewards.

Even though Liquidity Mining programs offer a fast and easy way to attract liquidity into a market, it has several drawbacks that make it unsustainable.

From a potential payoff perspective, providing liquidity is no different from writing a covered call option (more details here). This means that LPs can be seen as option sellers that have a capped expected upside from their option premiums, which are the trading fees earned from LPing. Having regular retail token holders who are usually looking for their next 10x return play the role of providing liquidity and thus having a capped upside doesn't make sense from a payoff profile. This is underlined by the fact that regular token holders will most of the time not provide liquidity for their invested tokens other than when earning extra liquidity mining rewards on top.

Bonding is the act of a protocol undergoing an OTC sale of protocol tokens at a discount for a base asset such as USDC to then pair with their governance in order to create a liquidity position. The protocol then owns the liquidity themselves as the term Protocol Owned Liquidity (POL) illustrates. Normally a vesting on the sold protocol tokens is also enforced to prevent instant arbitrage.

From a long term perspective for protocols, bonding is more sustainable than liquidity mining and assuming low discounts, potentially less costly. However, as bonding platforms have only limited liquidity available it requires a lot of work from protocols to actually get counterparties to take part in the sale.

Lastly, once the protocol has the POL, it still has to figure out how to create deep liquidity with it. Today's bonding protocols do not offer actively managed and capital efficient liquidity as part of their offerings. Protocols still need to undertake additional steps to decide how this newly generated POL can be utilized in the most effective way to create deep liquidity.

These two existing liquidity bootstrapping methods have been solutions that have helped protocols with the inventory problem thus far. Clear flaws exist, specifically with regard to the high costs coming from renting liquidity via liquidity mining or the discounts from bonding. In liquidity mining, the goals are not aligned between the protocol and the LPer, which ends up hurting both the LPer due to the payoff profile and the protocol due to liquidity leaving the pool.

On the bonding side, social coordination requires the teams to undertake a lot of work and the potential lack of liquidity creates costs due to high discounts that can result in significant downside pressure on the token. Even when tackling all of these flaws, there is still no guarantee that liquidity will exist.

In order to solve these issues we came up with a third way which introduces a novel approach to liquidity bootstrapping - PALM.

PALM is designed to tackle the two most critical issues in the current liquidity bootstrapping space:

Most protocols are rich in native tokens but short in base assets, e.g. USDC or ETH. If protocols don’t want to rely on retail liquidity, the amount of initial base assets they can provide will be rather limited resulting in insufficient sell-side liquidity for their token in the market.

Uniswap V3 makes it possible to provide liquidity in any asset composition. With PALM, a protocol can deploy initial liquidity in a more skewed composition between protocol token and base asset, e.g. 100:0. The underlying Arrakis Vault which implements a liquidity bootstrapping strategy will accumulate and protect the base assets on behalf of the protocol by absorbing external buy pressure, until a target inventory composition of e.g. 50:50 is reached.

This enables Arrakis PALM to not rely on external liquidity sources like what is available in bonding to accumulate the base asset, because it rather taps into the organic trading volume of the underlying Uniswap V3 market to convert a project's native token to the base asset over time.

A very important aspect of PALM is that it is market condition agnostic, meaning that the bootstrapping can be done in either direction of price movement. Even if a longer term trend is in a certain price direction, mean reversions and volatility in the opposite price direction always occur.

Below is an example of a liquidity position setup for bootstrapping sell-side liquidity. To see a full visualization of PALM, see here.

After reaching a robust amount of base assets (e.g. 50:50), the focus of the PALM Vault shifts to actively managing the liquidity to support both buy and sell volume. Any sort of market making strategy can be utilized by the Vault Managers at this stage. An example - the liquidity on both the buy and sell side is distributed with equal capital. As price moves, it constantly re-configures how much native vs base asset it should provide into the market at all times in order to keep an equal asset inventory composition. Arrakis vaults utilizing such a strategy will only ever deposit a small fraction of the entire liquidity into the market at any given moment in time and in a very concentrated fashion just around the current price. The rest sits in the vault protected from IL.

Arrakis PALM is a novel product that uses the Arrakis V2 protocol to enshrine a new era of liquidity bootstrapping for protocols on Uniswap V3. PALM lowers both the financial and social coordination costs to protocols, while offering a capital efficient mechanism that can guarantee deep liquidity. With PALM, protocols do not need to rely on incentivizing outside capital, but rather can fully rely on their own capital.

The release of Arrakis PALM marks an important milestone, for both what we have achieved so far, and the direction we are taking next. We are actively onboarding protocols to collaborate and join the growing ecosystem of Arrakis.

The Arrakis PALM contracts will be deployed in the next couple of days on Ethereum, Polygon, Optimism, and Arbitrum. The audit reports will be released with the deployment.

You can find the full repository here.

The Genesis House participant protocols are now being onboarded to PALM- more news on this soon.

An interface will be available to protocols that are onboarding and a full user interface for easy deployment and analysis will be shipped next year.

On Monday 19th December 2022, we will host a Twitter Spaces AMA where we hope to answer all your questions about Arrakis PALM & Arrakis V2. Feel free to submit questions ahead of time here.

If you are interested in working with us or want to onboard to PALM, feel free to go through our onboarding process here.

For further details on PALM, remember to have a read through our gitbook. Also we are always available for questions on our discord here.

Join the community of Fremen and become a part of Arrakis:
🌐Arrakis.Finance
🐦Twitter
💬Discord
📄Docs