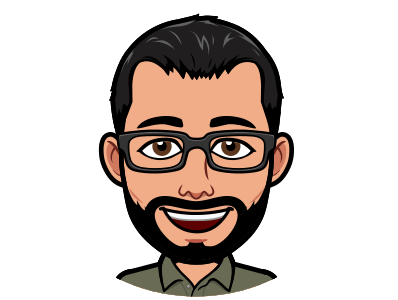 As promised in my last post, “Time to Buy Altcoins?” here’s the first in a series of articles about altcoins.

By now, you’ve probably heard about the “bitcoin dominance” chart.

That chart shows bitcoin’s percentage of the total cryptocurrency market capitalization. It looks like this:

Sounds good but it won’t help you navigate the altcoin market.

Because it includes stablecoins and Ethereum. Collectively, those assets have a total market cap almost as large as bitcoin’s and larger than all other remaining altcoins combined.

If you keep using this chart, you will miss key shifts in momentum. Are you sure you want to base your decisions on a chart that contains only a portion of the information you care about?

Try this one instead.

This chart strips out USDC, USDT, and ETH to better reflect the actual dynamics of altcoins vs. bitcoin.

(I would filter out BUSD, too, if I could figure out how to do this. BUSD skews the data a bit, but not enough to substantively change what it’s saying.)

Usually, I only show this chart with paid subscribers of my newsletter, Crypto is Easy. I made an exception for this article because it’s too important to ignore, just note that the specific version I present to subscribers has some extra features.

See what you couldn’t see before

While the bitcoin dominance chart shows bitcoin pacing the wider market since May 2021, my chart tells a completely different story.

From May 2021 to May 2022, bitcoin crushed altcoins in an accelerating, parabolic, downward black arc—a long, powerful trend marked in black in the image above.

What happened at the end of May?

Altcoins broke the parabola. They shifted the trend. I mentioned this in my weekly rundown for May 29, 2022.

Since then, altcoin dominance has mostly kept pace with bitcoin within a range of four percentage points.

Why have altcoins paced bitcoin since May? Aren’t they supposed to bleed against bitcoin for the next two years? Isn’t that why my friends don’t want to let me buy altcoins?

I don’t know. My best guesses?

Altcoins have already suffered so much. You can see that in my chart. Most are already dead and probably not coming back.

Of the ones that are still alive, they don’t have much more room to fall. Some offer staking rewards and other incentives for holding tokens, contributing to the community, and participating in the network.

I published some of them in my altcoin reports, including a new one in November.

Meanwhile, bitcoin has to deal with selling from miners, bankrupt lenders, recipients of the Mt. Gox settlement, and potentially worse depending on the fallout from FTX’s collapse and problems at Digital Currency Group.

Does it matter? Crypto faces lots of headwinds in the short term. This chart looks only at relationships, not causes or expectations.

To be fair, I used the traditional bitcoin dominance chart for a long time. Too long!

As a result, I missed key shifts in patterns during 2021 and early 2022. Once I switched to my chart, the picture became very clear:

What other relationships will this chart reveal?

I’ll keep you posted in my Crypto is Easy newsletter.