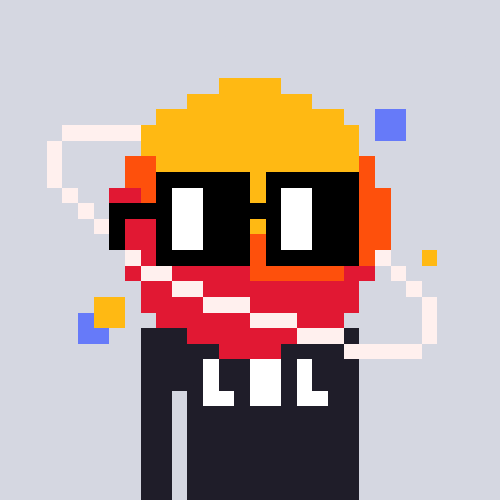 Before you move further I assume you already of some Solidity experience and know how storage slots work in any contract.

If you have following blockchain and smart-contracts stuff you must've come across the word - "immutable". Well, the smart-contracts are immutable. Yes, you cannot tweak any functionality of the contract at that address. You can only interact with it. That's it and it is for the better of it! Otherwise, it wouldn't be so "trustable" if say one day someone in control suddenly dictates the rules in contract in their favor! This is a stark difference from traditional systems where fixes are pushed everyday.

What could be done?

The drum rolls...proxies! Much has been researched which led the proxy pattern is the current de-facto for upgrading smart contracts.

But wait didn't you just say that contracts are immutable and cannot be changed!

Of course! And that immutability part still holds true. But proxies work around it.
Despite the much benefits of immutable nature of blockchains pushing bug-fixes and patches in multiple releases cannot be ignored and are much needed for patching bugs and security loopholes. The proxy pattern solves this. Let's see how.

The fundamental idea here is having a Proxy contract. A bit of contextual terminology here before moving on:

Proxy contract - A contract that acts as a proxy, delegating all calls to the contract it is the proxy for. In this context, it will also be referred as Storage Layer.

Implementation contract - The contract that you want to upgrade or patch. This is the contract that Proxy contract will be acting as a proxy for. In this context, it is also the Logic Layer.

As an example consider a simple Box (implementation) contract, along with a BoxProxy (proxy) contract:

Although Box has defined a uint256 state variable _value, it is the BoxProxy contract that actually stores the value associated with _value (in slot 0, acc. to storage layout rules).

The delegation code is usually put it a fallback function of the Proxy.

Easy right? But there are a few gotchas like potential storage collision between proxy and implementation contract, arising from delegatecall.

One cannot just go around and simply declare address implementation in Proxy contract because that would cause storage collision with the storage of implementation which may have multiple variables in it at overlapping storage slots!

Solution is to choose a pseudo-random slot and write the implementation address into that slot. That slot position should be sufficiently random so that having a variable in implementation contract at same slot is negligible.

According to EIP-1967 one such slot could be calculated as:

Every time implementation address needs to be accessed/modified this slot is read/written.

Again, since the proxy is the storage layer, any initialization logic should run inside the proxy - like setting some initial values to state variables. But, you can't proxy call the constructor of the implementation contract. Because the constructor code is run only once - during deployment and it is not part of runtime bytecode. So, there is no way for proxy to directly access constructor bytecode and execute it in its context.

The solution to this (as per OpenZeppelin contracts) is to move the constructor code to a initializer function in implementation contract. This is just like a normal function but MUST be ensured that it is called only once.

Function clashes between Proxy and Implementation

There must be a mechanism to determine whether to delegate the call to implementation or not. One such way (OpenZeppelin way) is by having an admin or owner address of the Proxy contract. Now, if the admin (i.e. msg.sender == admin) is making the calls to Proxy, it will not delegate the call but instead execute the function in Proxy itself, if it exists or reverts. For any other address it simply delegates the call to implementation. Thus only an admin address can call upgradeTo(address impl) of the Proxy to upgrade to new version of implementation contract.

Considering example of an Ownable ERC20 and and Ownable Proxy contract (owner is admin), this is how calls will go.

All the calls in "other" column were delegated to implementation contract.

The difference lies in where actually the upgrade logic resides - Proxy or the Implementation contract.

In the Transparent Proxy pattern, the upgrade logic resides in the Proxy contract - meaning upgrade is handled by Proxy. A function like upgradeTo(address newImpl) must be called to upgrade to a new implementation contract. However, since this logic resides at Proxy, it is expensive to deploy these kind of proxies.

Transparent proxies also require that admin mechanisms to determine whether to delegate the call to implementation or execute a Proxy contract's function. Taking on the Box example:

It is highly recommended to inherit this interface to implementation contracts. Because failing to include upgrade logic in a new version implementation (non-UUPS compliant) and upgrading to it will lock the upgrade mechanism forever! Therefore it is recommended that you use libraries (like UUPSUpgradeable) that include measures to prevent this from happening.