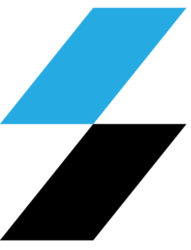 STP has launched its bug bounty program with Immunefi for Verse Network’s bug bounty program. With a max bounty of $9,000 USD, there is an opportunity for ethical hackers to look for bugs and vulnerabilities in the code. This ongoing bug bounty program facilitates continued contribution from the community for the development and security of the network. Security is the utmost priority for STP and the bug bounty is essential to allowing the broader developer community to help with identifying and preventing potential bugs and exploits.

If you have found a bug within the guidelines provided by Immunefi, please submit via STP’s program page on Immunefi.

Details of the bounty are as follows:

All web/app bug reports and Critical/High severity smart contract bug reports must come with a PoC with an end-effect impacting an asset-in-scope in order to be considered for a reward. Explanations and statements are not accepted as PoC and code is required.

In addition, all Critical/High severity bug reports must come with a suggestion for a fix in order to be considered for a reward.

Payouts are handled by the STP ecosystem directly and are denominated in USD. However, payouts are done in STPT.

All smart contracts of STP can be found at https://github.com/STPDevteam. However, only those in the Assets in Scope table are considered as in-scope of the bug bounty program.

An introduction to their Dapp can be found here at ​​https://stp-dao.gitbook.io/.

Only the following impacts are accepted within this bug bounty program. All other impacts are not considered as in-scope, even if they affect something in the assets in scope table.

Out of Scope & Rules

The following vulnerabilities are excluded from the rewards for this bug bounty program:

The following activities are prohibited by this bug bounty program:

Verse Network is a full suite of native tools and infrastructures facilitating efficient decentralized decision-making for users, communities and organizations to streamline the creation and management of DAOs. Through Verse Network, users can access a suite of no-code DAO tools to launch and manage their DAOs on a range of blockchains.