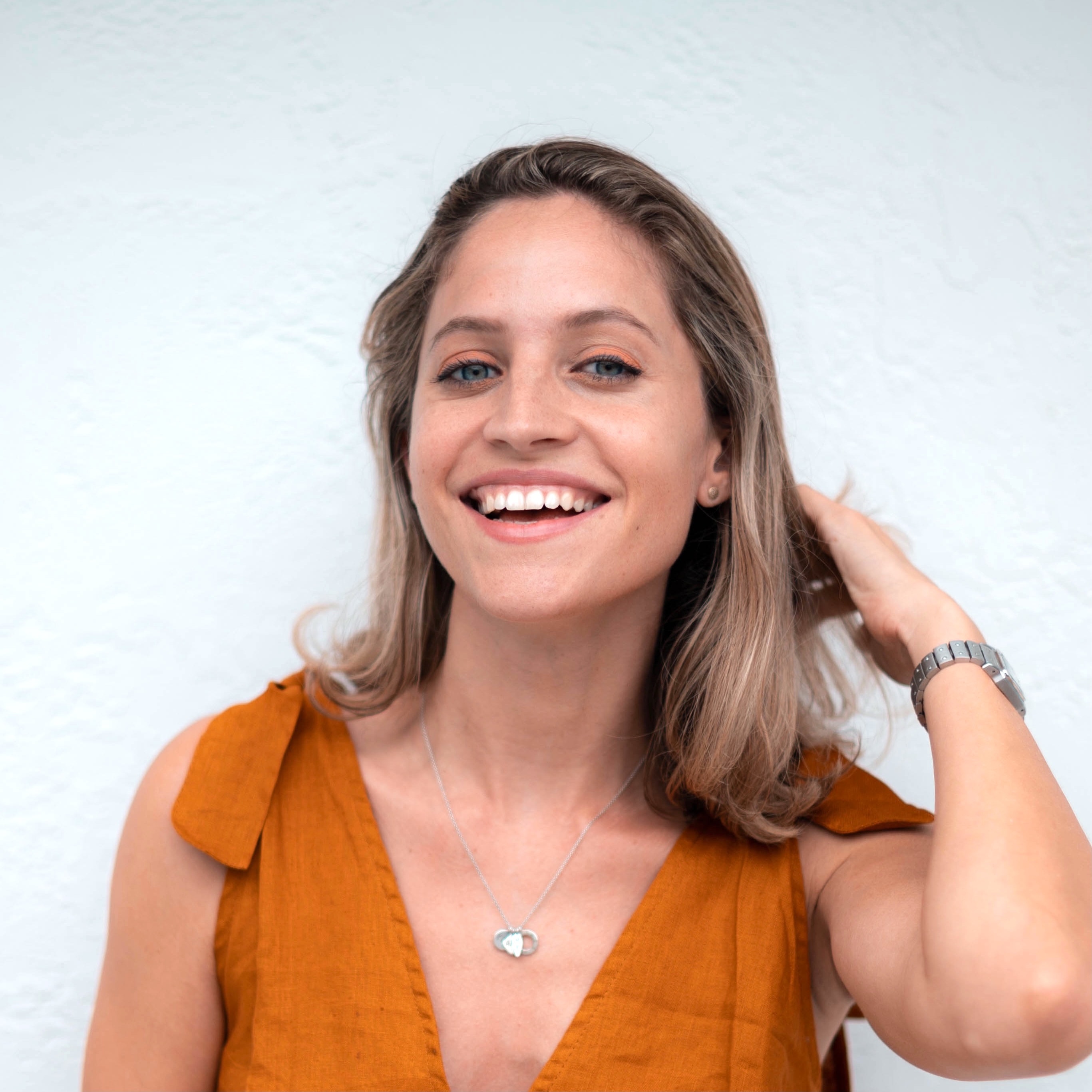 How ownership is changing and tearing down the old guards of wealth-building.

The trend is clear and the FOMO is real: more and more people want skin in the game. At the same time, getting ownership is becoming more accessible to more people, trades and age groups.

The underlying principles around who can own what and how to become an owner are changing — and quickly. We’ve seen examples of this first with Robinhood and crypto, and now with startups, NFTS and even movies and music.

Let’s explore four macro trends that are expanding access to ownership and what they mean for creators, founders, and investors who want to play The Upside Game.

Investing is more accessible than ever.

There used to be a ridiculous number of regulatory hurdles to buying and trading stocks. At the least stringent level, acquiring a brokerage account was required to attain shares of public companies. Many people were gated out of investing in the market and its wealth creation.

Now, Robinhood’s commission-free trading platform and Public (my personal favorite platform, inspiring this section’s header) have invited an explosive number of retail investors into the world of stocks. “Nonprofessional” investors like me now account for 23% of market flow, up from 10% in 2010. Crypto has further accelerated the trend with its 24x7 investing cycle.

Even as the walls around public equity ownership fell, another blocker remained: accreditation laws. Equity ownership in private companies used to be an exclusive club with unrealistic eligibility requirements. As an individual, the SEC prevented you from acquiring ownership in private companies unless you were accredited and had certain characteristics (you were already rich). This meant that the vast majority of Americans were legally prevented from getting ownership in early-stage startups which offer the most upside.

Until literally this year! New crowdfunding regulation enables anyone* *to invest and get equity in startups under the right conditions. Platforms like Republic are taking advantage and making it even easier for more and more people to add “angel investor 😇 ” to their Twitter bios.

This new relationship between private companies and who can back them also invites the possibility for more strategic and user-driven fundraising tactics. Startups like Gumroad and Huddle have opened up funding rounds to their own communities and potential users, aligning interests and ownership in new powerful ways.

It goes beyond startups, too. Just a few days ago Republic launched a way to invest in songs by your favorite artists. By investing, you own rights to the piece of music (represented as an NFT) and get royalties when it makes money.

Investing hasn’t just become easier and more accessible; it’s gotten a lot more fun, gamified and social. The cool thing is — the more social it gets, the more kinds of things you can get ownership in and the better your potential returns.

Every community’s an investor

Even within traditional markets like stock trading, the wave is clearly pushing toward social and community-oriented investing. wsb is an obvious example of the power of a network that invests together. Tendies recently launched to double down and create a purpose-built app for these communities.

Social-powered stock trading is one thing — stocks are already broken up into pieces that can be bought by individuals. But what about bigger, clunkier assets? Pooling money together with friends to buy stuff isn’t a new concept but, with fractional ownership platforms, it’s becoming way easier to combine capital. For example, Pacaso makes it click-button simple to go in on a second home with friends, something that might be unattainable solo.

This is inherently a Web3 trend as well. In the NFT world, where jpegs are going for luxury prices, people are forming collectives to become co-owners of a digital piece of art. And DAOs (Decentralized Autonomous Organization) are communities collectively owned and managed by its members on the blockchain.

What’s been discussed so far mostly involves new democratized ways to get ownership by investing capital — by ourselves or with a group. But, where it gets even more interesting is how the culture of upside is bleeding into how we invest our time and work.

Every creator’s an investor

Just a few years ago, a social media influencer would be paid per-post by brands. Brands realized this isn’t the best way to create a long-term relationship and influencers realized they were missing out on the upside they were, in fact, creating.

Now, many influencers are getting paid in equity for posts rather than a flat fee. This is powering more aligned and successful brand partnerships, such as Ember. The company approached singers Demi Lovato and Nick Jonas to become investors who, in turn, leveraged their content and fans to promote Ember mugs.

In the world of startups, PartyRound is blending these worlds in really cool ways by enabling content creation as a way to invest in a startup’s fundraising round.

However, this concept is not new. There are several examples from the early 2010s that foreshadowed this trend. In 2005, the muralist who painted the walls at Facebook’s headquarters was compensated in stock. At the time of IPO in 2012, those shares were worth 200 million. 🤑

Another example was Sandwich Co, the production house that creates witty launch videos of startups. Instead of taking compensation in only cash, they structured deals with a mix of cash, cash+equity, only equity, or rev share. This was to help fledgling startups who were short on cash to get their word out and led to some wildly successful companies like Slack, Square, and recently Descript and Mighty.

The most interesting piece of investing “creative capital” or “sweat equity” is that the creator leverages their skillset and time to influence the outcome of their investment. If a designer is creating a brand for a company that they own a piece of, they know they’re able to increase the odds of their investment’s success by putting in the extra thought work and producing a killer brand. It’s the ultimate alignment of goals.

Every creator community’s an investor

What happens when you take the pooling concept and apply it to a group of talented creators coming together for a project to get ownership?

Packy McCormick frames this concept in a helpful way when talking about the liquid startup Maple in his piece on the Cooperation Economy:

“That’s a Liquid Super Team in action: a team of people with different strengths…committing to work on it a few hours a week. Everyone retains optionality, and everyone has upside.”

Again, these trends are spreading across industries. In the film industry, the 24 year-old Emmy award-winning actress Zendaya created a unique financial structure for ‘Malcolm & Marie’ where the cast and crew were given part of the upside.

“I’ve never been in a situation or in a spot where I can say that not only did I invest into my own movie, but I also own part of my own movie. So when it does well, I do well and I’m taken care of on that side as well so my contributions are valid.” — Zendaya

The trends of ownership, co-ownership, creator ownership, and cooperation economy are accelerating and merging. New platforms are coming on the scene that connect these dots. ✨

On Huddle, independent creators join into teams to fractionally contribute to startup projects in return for equity, tokens, or cash.

Here’s how it works: Take Claire, a product designer and thought leader who’s interested in using her skills to invest in companies, especially those working on climate change.

With remote and flexible work on the rise, more and more creators like Claire will leverage their time towards projects that solve meaningful problems and provide real upside. Plus, since Huddle offers both cash and equity opportunities, creators can choose their risk tolerance and build an income stack of earnings and creative capital invested.

Why this all matters: Wealth-building and economic mobility

Wealth creation is only a zero-sum game when it can only be played by the few and not the many.

Financial independence is about decoupling your ability to earn from the actual hours you work. Throughout history the wealthiest individuals didn’t become successful because they were able to work more hours than anyone else. They built wealth by owning the mechanisms by which value is created. They owned equity in companies.

Education and access historically have been the hurdles to ownership and financial freedom. Updates to the regulatory framework and access to education unleashed by the internet are changing the game and letting the whole stadium play.

With this democratized foundation in place, a growing number of platforms are layering on workflows and experiences that reduce friction and open up entirely new ownership categories. While it started with ease and access to making investments in public markets, it has now expanded to investing in startups, homes with friends, the rights to songs and much more. And while having capital used to be a requirement, it’s now possible to become an investor by spending only time, passion and talent.

The gates around ownership are hanging off their hinges. The upside game is now available for almost anyone of any age with an internet connection to play. With the future Web3 is moving toward, access to and interest in ownership seems to only be expanding and accelerating. The exciting part is watching what doors open next. 🚪

Why we wrote this

This article was written by the founding team at Huddle: Steph, Mike, Sam and Diana.

On Huddle, creators invest in startups with their time. They can build a portfolio of small bets and leverage their skills to increase their odds of upside, all while retaining optionality and even keeping a full-time job on the side. At the same time, we’re helping incredible founders launch and grow their startups with speed and talented builders on their side.

So, it goes without saying that ownership, particularly for creators and builders, is close to our hearts. We even partnered with Republic to carve out a “community seed round” to make owning a piece of Huddle as accessible as possible. It’s live now for a limited time if you’d like to invest. 🌱

Creators → Apply to the join the community

Founders → Apply to spin up a super team of creators