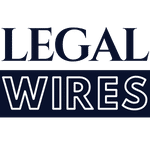 The post-Internet age has seen a clash between the Privacy of Individual against the Orwellian predilections of the State. With an increased concern of unfettered surveillance and invasion into the private lives of individuals, there has been a strong call to insulate one's online private affairs against such encroachment. While many jurisdictions across the world have declared one's privacy as their fundamental rights and have legislations (such as GDPR) in place, the increasing fascination of the Governments across the globe to peep into and control the private life of its citizens seems to be the latest fetish. With the privacy-surveillance issue gathering significant momentum and engulfing the world as a major global issue (just behind Climate change), a problematic trend is seen to evolve across jurisdictions, where states are making legislative efforts to invade the private lives of their citizens. In this light, The Australia Parliament, has unfortunately, sunken to a new low when it rushed the draconian Surveillance Legislation Amendment (Identify and Disrupt) Bill 2020 through both the Houses, and passed the law within less than 24 hours on 25 August, 2021.

Other Acts amended are:

The legislation does away with any requirement of judicial scrutiny or oversight of the Police action into any investigation into a crime involving computer devices. The new law will allow the Police forces unfettered powers to hack into anyone's device, collect or delete personal data on anyone's device, take over one's social media accounts and such other supplementary actions, all without a judge's warrant.

Three new powers have been added within the arsenal of the Australian Federal Police (AFP) and Australian Criminal Intelligence Commission (ACIC) to clamp down on citizens in the name of prevention of cyber crimes and investigation, namely:

All these warrants can be issued by any nominated member of the Administrative Appeals Tribunal (AAT) and does away with the mandatory requirement of a Judge's warrant. On issuance of such warrants by the Administrative Appeals Tribunal, the companies, publishers, intermediaries etc must comply with the Police authorities to collect, modify or delete such user data, be it on the network or on user's personal devices. Section 64B lays down that failure of such entities or persons to comply with the Police can lead up to 10 years of imprisonment or 600 penalty units.

There is no requirement for bare minimum grounds or concrete evidence in place before an officer of the AFP or the ACC can call for such warrants. Section 27KA added to the Surveillance Devices Act, 2004 stipulates that mere suspicion on part of the officer shall fulfill the requirement. Also, it is not necessary that the individual whose device they seek to intrude upon, must be within their circle of suspicion. If the officer suspects that any data on such individual's computer device can potentially be used for commission of a crime by anyone, that alone shall be a valid ground to proceed against such persons and their devices.

Alarmingly, the law also gives the Australian Enforcement agencies power to execute such Warrants against computer resources and users in foreign jurisdictions. The only requirement as per Section 43C and 43E is that the officer seeking such warrant must satisfy the nominated AAT member or the Judge that the appropriate official of the foreign country has consented to such a request.

With respect to the Network Activity Warrant, the definition of 'Criminal Network of Individuals' as defined under under Section 7A is also enormously problematic. The definition is too vast and vague to allow arbitrary inclusion of any group of individuals. For the purpose of issuance of Network Activity warrant, no concrete evidence or reasonable grounds need to be mentioned. A group of individuals can be designated as 'Criminal Network of Individuals' if in the opinion of the enforcement officer, they are 'likely' to engage into 'relevant offence'. What constitute these 'relevant offences' have interestingly, not been defined. As a matter of fact, as per Section 27KK (2)(b) it is 'IMMATERIAL' that 'the details of the relevant offences be ascertained'. The legal sanction with respect to addition, modification, copy, deletion of private data is also allowed in such a warrant. The enforcement agencies are allowed to cover their tracks and conceal their digital footprints.

The warrants have a life of of 90 days from the date of issuance. The enforcement officer can however, apply for its extension for another 90 days before its expiry.

Civil rights groups have contended that these provisions are in gross violation of even the bare minimum conception of individual privacy.

It must be noted that Australia does not have a constitutionally protected rights to freedom of speech or even an enumerated Human Rights Charter within its Constitution framework. Other than Victoria and the Australian Capital Territory there is no state or territory which has even a human rights legislation in place. Even if the Commonwealth is found to be in violation of human rights, the Australian courts, unfortunately, could not provide for a remedy.

Australia has suffered much criticism world-wide for its human rights records, specifically in terms of its treatment of Aboriginal population. The United Nations through its 2011 introduced scheme of Universal Periodic Reviews has constantly reviewed and reprimanded the Australian state over its human rights record. In spite, the Australian government has always conducted itself for the rejection of any national human rights framework or concrete mechanism to guarantee them within its territory. It is one of the few jurisdictions in the first world countries, which does not recognizes its citizen's right to privacy as a constitutional right.

Though it has recognized some degree of right to privacy of individuals with respect to the personal data collected by Government agencies and companies through the Privacy Act of 1988, but that so is very limited in scope. The data offered protection through this Act is limited to 'collected data' (by Government agencies or companies for providing services) and does not extend to the private intimate data of individuals. But even with respect to such 'collected data' , the Australian Privacy Principles (APP) enshrined in the 1988 Act makes room for vast field of exemptions for disclosure of such information. Principle 3, 5 and 6 of the APP hold out that Enforcement agencies such as Police are exempted from the application of this Act. The Act therefore, does not offer protection to the individuals against the Australian state or the Enforcement authorities in criminal matters or investigation into criminal matters.

With such asymmetry between the privacy of individuals against invasive powers mandated in the hand of state enforcement agencies, the Australian human rights record is bound to decline. The Australian citizens have taken to streets, protesting against such brute-forcing of state surveillance into their private lives. What shall unfold in Australia, is for the world to watch closely, for such a trend by one state often inspires others to follow, as well. Traditionally surveillance has always been an industry operating in the mirth and voids of law. But this latest brandishing of Australian Parliament to sanction it as the supervening legal dictate against the human rights of its citizens, must be taken as a sign of concern for free people across the world.