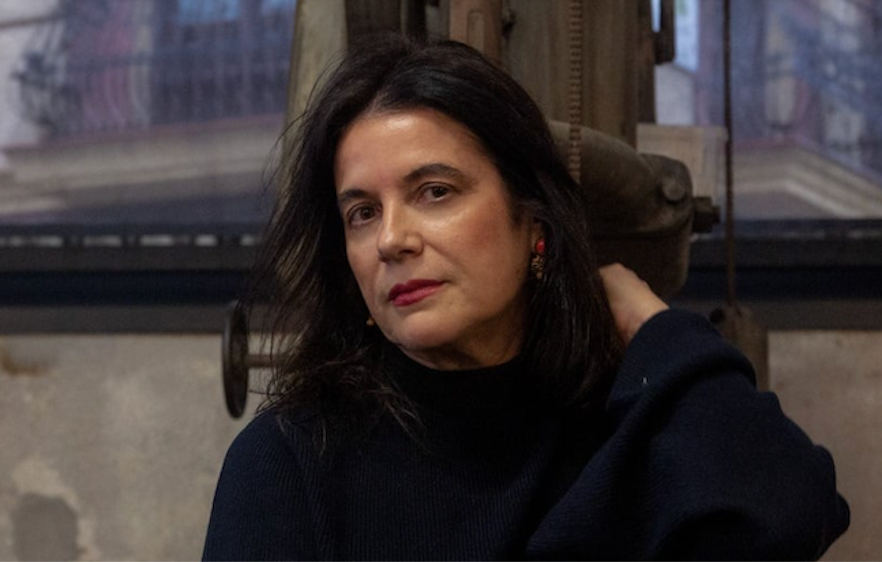 Probably, in the not too distant future, much of the content of the media will be marketed in NFT format. Newspapers, television and radio will build NFT platforms and sell their collaborators' creations on them. Or they will leverage existing ones to create media divisions. Or journalists will create their content galleries there. In a way, it's like going back to newspapers as sales units, even though they are no longer paper copies. The media will create their economies and markets thanks to their community of followers. Newsrooms will be global and cosmopolitan, and media companies will compete with each other for the best professionals. The same as happens today with footballers or singers. These new media platforms will promote and care for the most profitable. This way they will earn more and prevent them from setting up on their own or going to competitor platforms.

The great strength of NFTs for the media and for the professionals who work in them lies in their ability to return the right to copy to their owners. A right that publishers lost with the arrival of the internet and their ability to reproduce any type of content to infinity. NFTs have the ability to represent digital ownership of any asset, whether physical or digital, on a blockchain. This quality allows, for example, content creators to obtain royalties every time someone resells content created by them. Or the quotation of said content in the markets.

Non-fungible tokens (NFTs) became popular in March this year when Christie's auction house sold a work by artist Mike Winkelmann, known as Beeple, for nearly $ 70 million. Since then, the NFTs have been spreading word of mouth. So much so that even the Collins English Dictionary has chosen NFT word of the year.

Until now, many of the world's major media outlets have experimented with launching NFTs. New York Times, Fortune, Rolling Stone, The Economist, Associated Press (AP), Vogue or Time Magazine have launched NFTs. In Spain, for now, it has been the Vocento Group, the sports newspaper Marca and the Blockchain Observatory that have experimented with NFTs. However, the only outlet that has mapped out a business strategy around NFTs and cryptocurrency technology is Time magazine.

This magazine, which will be 100 years old in 2023, markets its covers as NFTs, is experimenting in the metaverse, accepts payments in bitcoin and ethereum and has launched a collection of NFTs, called "Time Pieces", to sell subscriptions to its readers. Blockchain Observatory has bought one of those NFTs, which have been designed by various artists, and has subscribed to the magazine. This means that we can access Time's contents through our Ethereum wallet and that if we get tired of its contents we can sell our NFT. The media, as some art galleries created on blockchain are already doing, can also involve their users in the purchase of series, movies or large reports. To do this, they should divide the ownership of the content into several units of NFTs, forming a large community of investors.

The example of Time and its president

Importantly, Time's strategy has the unwavering support of the publication's president, Keith Grossman. From his Twitter profile, Grossman keeps telling stories related to NFTs and metaverses and supporting the crypto community. As proof of his commitment to blockchain technology, the president of Time shows in the profile of this social network the portrait of him drawn as if he were an NFT, with the legend Time Pieces.

Grossman has also placed his domain name on Ethereum, KeithGrossman.eth. Our newspaper also has an Ethereum Name Service (ENS) domain. ENS domains are like those used to access web pages, but on the blockchain. They are supposed to be one of the fundamental elements of the future Web 3. ENS are purchased as NFTs and to keep them they must be renewed from time to time. Domain prices vary based on the Ethereum gas price at the time of purchase.

A few days ago, ENS started its path to become a DAO (Decentralized Autonomous Organization) and gave ENS tokens to those who had registered domains, as a thank you for the support. These gifts, in crypto slang, are known as airdrop. At press time, ENS is trading above $ 51.

This means that both Grossman and the Blockchain Observatory are part of the ENS project community, which has created an economy and a market around its token. Therefore, the more the ENS token appreciates, the more money will be made by everyone who has invested in the purchase of ENS domains. It is what is known as the token economy.

At its core, the idea behind ENS is the same as that of Time Pieces magazine: growing the community of Time subscribers. And just like ENS, Time can also launch a token in the future. The magazine defines Time Pieces as a new web3 NFT community. A few days ago, Grossman told the Decrypt newspaper that he saw the potential of NFTs when the Nyan Cat meme was sold for almost $ 600,000. That was in the month of February. The meme of the gif of the cat with a toaster stuck to its back, which has accumulated more than 193 million views on YouTube, sold for 300 ethers. At the price that ethereum is trading today, it would be worth twice as much.

Time and the metaverse

It is gratifying and encouraging for a news outlet president to confess that he has spent six months listening to NFTs and crypto influencers on Clubhouse and Twitter. Grossman tells Andrew Hayward, the person who signs the Decrypt information, a quote from Mike Tyson: "Everybody has a plan until they hit you in the mouth." The growing NFT market and use cases, along with the evolution of blockchain technology, were a staggering blow that changed the course of Time's path, Grossman explains. The magazine is also exploring the metaverse in association with Galaxy Digital.

Keith became president of Time in July 2019, following a career of professional successes at Condé Nast and Bloomberg. When he had been on the job for seven months, Grossman told Digiday that the magazine had been through 10 years of neglect and mismanagement. The current owner of Time is Marc Benioff, co-founder of Salesforce, who bought the magazine for $ 190 million. Benioff is an investor in Chainalysis, a company that is dedicated, among other things, to the sale of blockchain data tools.

Decrypt, the outlet that conducted the Keith interview, is building a media DAO. DAOs are collectively run by people with the same interests, are governed by smart contracts, and their members share the income earned from work performed. DAOs are gaining special relevance lately and are transforming many industries. Among them, that of investments. DAOs are being built to purchase digital art NFTs or to acquire a copy of the United States Constitution. As in the case of Constitution DAO. A group of people who meet on Twitter and organize to buy a manuscript of the American Constitution. They manage to raise more than 40 million dollars in just over 72 hours. The same model can be applied to create media.

Decrypt newspaper is owned by Consensys, the company Joe Lubin founded in 2015 as a software company to exploit Ethereum technology. Consensys was the generator of the Civil journalistic project, which was stopped due to lack of community support. Lubin's company is today a $ 3.2 billion unicorn working to lead the tool industry, which is building the web3.

A model validated by digital art

The business model of NFTs applied to the media has already been validated with great success by digital art. For practical purposes, digital art is one more content that circulates daily on the internet. Therefore, it can be easily extended to all business areas that make up the so-called cultural and creative industries. Books, series, movies, songs, everything will be marketed in NFT format. Instagram will be a platform for NFTs and we will be able to market our sunsets. The mass media produce huge amounts of digital content every day: podcasts, articles, videos, photographs, news or cartoons. All of them, capable of being converted into NFTs.

In the same way that the British auction house Sotheby’s has created a market for NFTs on the Ethereum blockchain, the media can trade their digital content as NFTs. in their own markets. Likewise, they can open offices in the metaverses and participate in the immense advertising market that is opening in them.

The avatars of the metaverses also need to inform themselves, watch movies, read opinion columns, entertainment programs, cartoons or delight in incredible fashion collections signed by the most prestigious photographers. Observatorio Blockchain is based in the Decentraland metaverse and has already offered its contents to the embassy that Barbados will open in January in Decentraland.

The case of Spain

In the case of Spain, the media have photographic funds of great value, which can be converted into NFTs. Ap recently auctioned a collection called "Unique Moments", with photos and digitized news tickers about historical moments of the last century. Like the surrender of Japan during World War II. The Spanish equivalent would be the EFE agency. But there are also wonderful vignettes by El Roto or Mingote. Opinion columns that anyone could buy for themselves or as gifts. Photographs that are symbols of an era, such as the one of the child on the shoulders of his father, a symbol of the arrival of democracy in Spain, by the magnificent photographer César Lucas, published in El País.

At the recent NFTs fair in New York, the streets of the Big Apple were turned into giant open-air art galleries. Passersby could access and buy them by clicking, as if they were in their living room. In this great celebration of innovation and creativity, the media told what happened, but they were not protagonists. With the perspective that time gives, what is happening today with blockchain technology and the media is somewhat reminiscent of what happened in the 90s with the internet (Google). Or what happened with web 2.0 startups (Facebook, Twitter). With the great difference that we are now talking about economies and markets.

Platforms such as NBA Top Shot are already selling photographs and videos in NFT format of the masterpieces of the great basketball stars. Mirror, a blockchain platform similar to Substack, already transforms all publications into NFTs. Mirror is also being used to finance crypto projects. Behind this platform is the firm Andreessen Horowitz (a16z), the same one that supports Substack. Almost all the content is in English and the most successful ones are written by people linked to the blolckchain industry.