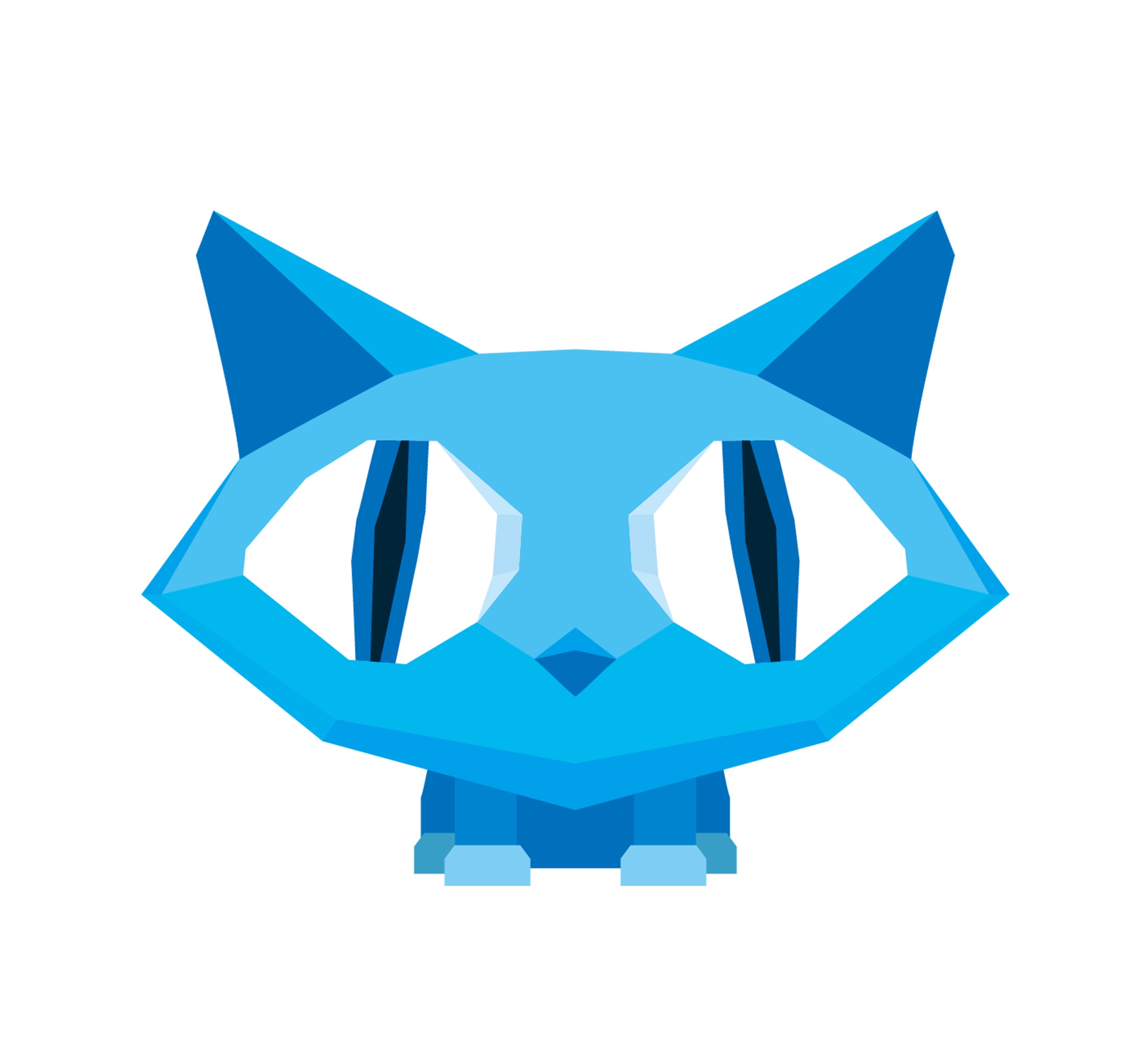 The November 2022 monthly metaverse report is divided into two parts as follows.

This report analyzes the virtual lands of the metaverse platforms, excluding Token and Wearable.

The bear market continues to affect the metaverse, with total virtual land sales up in the metaverse in November, up 89% compared to October, which mainly contributed by Otherside.

The average price of virtual land on all eight metaverse platforms fell to varying degrees, with Otherside showing the most significant decline of 44.7%.

LandWorks saw a significant drop in the number of virtual land leases and the value of sales in November.

Yuga Labs is building an “Otherside Development Kit” with nteroperability.

Overall November sales in the metaverse section (the head eight metaverse projects) were up $9.72 million or 89% from October (October was down 31% from September).

The monthly sales histogram shows that the overall sales of the metaverse section continued to decline in June, July, August, September and October 2022, but sales rose significantly in November, and Otherside (yellow) accounted for the largest share.

The chart below shows the pie chart of “total virtual land sales” of the eight major metaverse platforms in November, with Otherside accounting for the largest share of sales at 89%, leading the way; followed by The Sandbox at 5%; the remaining six platforms accounted for only 6% of total sales.

Link to the chart: https://www.metacat.world/analytics#ParcelSalesAmount(USD)

Link to the chart: https://www.metacat.world/analytics#ComprehensiveData

Cumulative sales of virtual land in the eight metaverse platforms

Decentraland virtual land average price has been more stable in the past, but the average virtual land price dropped by 20% in October (also a 20% drop in October)

Link to the chart: https://www.metacat.world/analytics#AverageParcelPrice

The trend of the number of virtual land sales and the average sales price of the eight metaverse platforms basically show the opposite trend.

Somnium Space saw a sharp drop in the number of virtual land sales in November, with a drop of 85% compared to October.

Voxels’ traffic in November was 466,000 compared to 362,000 in October, up 28.9% YoY. The increase in traffic is related to the spontaneous behavior of Voxels platform players and not directly related to the Voxels project owner.

Note: The absolute value of Decentraland’s traffic is currently higher than that of Voxels, but the traffic sources are all official ports, and because the statistical caliber of different platforms may not be consistent, the results of the horizontal comparison may not be representative, so it is only for reference at present.

The Metaverse Real Estate Index (MREI) is an index that measures the price of virtual real estate in the metaverse. It is calculated by combining the sales volume, sales volume, and sales unit price of the eight top metaverse projects.

As we can see from the chart of the MREI index and ETH fluctuations, the MREI index trend continues to have a negative correlation with ETH prices in November, indicating a weakening correlation between the Metaverse section and the Crypto market.

Michael Figge — the CEO & co-founder of WENEW, will join Yuga’s executive team to lead the position of Chief Content Officer. He will be in charge of pushing the company’s limits of imagination and innovation through novel content strategies and experiences. Mike Winkelmann, alias Beeple, will work as an advisor for Yuga Labs.

2.1 Voxels are bringing a lot of improvements to #ChronosIsland, and would love to populate these corner pools with .vox models based on seasons, time, or climate change.

2.2 JCDecaux Transport and MTR Advertising Decided to Use Cryptovoxels in Their Metaverse Promotion

2.3 Voxels Announced the Release of Lighting V2 on Twitter

On November 07, Voxels announced the release of Lighting V2 on Twitter. The new update will bring lighting updates and address some issues in voxels.

In order to improve transparency and communication with the community, the Decentraland Foundation began hosting regular Ask Me Anything sessions on technical topics from November 16, 2022.

3.3 The Voice Was Officially Entering the Metaverse at Decentraland

the Decentraland Metaverse Music Festival — happened November 10–13, 2022 — is a virtual music festival that launched in October 2021 with Artists like Deadmau5, Paris Hilton, and 3LAU taking the stage. And this year, The Voice was launching an experience at Decentraland that make you the star.

3.5 Roland gifted 3 Roland Lifestyle wearables, including our 808 Puffer Jacket, during the last day at Decentraland** Festival at the Random Ravers**

4.1 Kun Agüero and The Sandbox Partnered to Activate Football Fans in the Metaverse

The first version of Kuniverse released on November 6th and took the form of a huge stadium with football-themed games, dancing, and even a food truck with Argentinian food, among other experiences. Sergio Kun Agüero had an active role in the Kuniverse, welcoming users, playing live, and sharing content through his Twitch channel together with other great streamers and special guests.

4.2 The Sandbox and Brinc Announced the Startups Selected for the First Cohort of Their US$50M Open Metaverse Accelerator Program

Each startup will receive up to US$250,000 in initial funding, as well as access to and support from the best network of Web3 mentors and experts. Top performers will also receive SAND and LAND grants, along with follow-on investment opportunities.

4.3 Forbes Is Embracing The Metaverse Even Further By Hosting A Virtual Event In Partnership With Sandbox

Forbes was embracing Web3 even further with a first-of-its-kind event in Sandbox on November 10, an initiative aimed at offering more opportunities for members and subscribers to better engage in the metaverse in ways they haven’t before.

4.4 The Sandbox Set Up A Booth at HSBC’s Head Office in Hong Kong, Allowing Employees to Try Out the HSBC Metaverse Stadium

To celebrate the highly anticipated return of the Hong Kong Sevens, HSBC is staging a virtual stadium in The Sandbox from 24 October to 14 November to activate its first community initiative there.The public is able to immerse themselves in rugby through six exciting quests that takes place in different locations around the stadium, comprising action-packed challenges, engaging mini games and educational quizzes related to the sport.

The Sandbox has improved the map to make it easier to navigate and explore, according to Sebastien, COO of The Sandbox, in a November 18 tweet. In addition, the map is easier to purchase virtual areas on the secondary market, as well as a bigger zoom level to see logo on the 1x1 LAND.

Modhaus and The Sandbox will create a social hub for fans to participate in events held in the metaverse to expand the universe of the blockchain-backed Korean girl group tripleS. Through this partnership, Modhaus will create tripleS NFTs, including character avatars, wearables, and various digital collectibles.

6.3 On November 7, SuperNormal announced that ZIPS holders can now officially present SuperNormal in Webb3, with the exclusive Candy Hoodie skin in the game

7.1 On November 10, NFT World tweeted that the upgraded WRLD (2.0) contract has been deployed in Eth and Polygon

8.1 Netvrk Announced That The Devlog is Now Live

Make sure to read all the project’s hot updates from the Dev Team. https://netvrk.substack.com/p/devlog-3

November 02, The Open Metaverse Alliance (OMA3) officially offered membership at both the sponsor and creator levels. Originally announced in July with the hope of creating standards between Metaverse platforms, working groups are now being created to explore topics such as legal issues related to web3. When announced, most of the affiliated members were associated with Animoca Brands, a game software and venture capital company based in Hong Kong. OMA3 includes Animoca Brands, The Sandbox (one of its subsidiaries) and several of the company’s portfolio brands — Alien Worlds, Dapper Labs, Splinterlands, Star Atlas and Upland.

On November 03, OpenSea, the top NFT marketplace by trading volume, has launched new theft detection and prevention features. One feature detects and disables scam links shared on the platform, while the other identifies stolen NFTs and blocks their resale.

Animoca Brands, the company advancing digital property rights for gaming and the open metaverse, and its subsidiary TinyTap, the leading platform for user-generated educational games, announced the launch of Publisher non-fungible tokens (NFTs). Each Publisher NFT is linked to a bundle of educational games and other interactive activities created by teachers on TinyTap’s platform (the “Platform”). Six Publisher NFTs was auctioned on OpenSea at 11 p.m. (UTC) on 2 November 2022.

In a recent tweet on November 01, Coinbase announced that they have started processing The Sandbox (SAND) and Solana (SOL). They say both instruments can be traded using either the desktop version or the Coinbase mobile app.

Highstreet IHOs are key events that help populate each region of Highstreet World. In April, we introduced the Solarium in Highstreet City to the world, and many participants were able to claim their studios and suites along with adorable baby Drakes. This time, on the island chains of the Animoca Archipelago, we’re holding our RV Rally to bring you the All-Terrain Trailer (RV).

On November 3, Animoca Brands joined the MotoGP and REVVMotorsport teams to spend time at Phillip Island during the second championship sponsorship weekend of the Australian Motorcycle Grand Prix.

9.8 GAMEEToken, a Subsidiary of Animoca Brand, Has Released the Second Edition of GBotsbyGAMEE

November 3，GAMEEToken, a subsidiary of Animoca Brand, has launched the second edition of GBotsbyGAMEE. Update includes a new staking event, huge prize pools in Arc8App, big changes to tournaments, and now you can make your G-Bots evolve, upgrade and breed.

9.9 Yuga Labs Is Hiring the ‘Best and Brightest’ to Build the Next Internet”

Nicole Muniz, CEO Yuga Labs, spoke on center stage at Lisbon’s annual technology conference WebSummit on Nov 14, addressing the importance of security and safety of digital assets, the potential of IP rights, and the origins of the Bored Ape Yacht Club (BAYC).

Japan’s Digital Ministry is to create a decentralized autonomous organization (DAO) to further its exploration of Web3 technology.

The DAO will help the government develop an understanding of what such organizations can achieve and identify their limitations, according to minutes of a ministry meeting. The ministry also wants to look at issues such as the legal position of governance tokens that are used for voting.

On November 04, Animoca Brands and its subsidiary Blowfish Studios launched the first Phantom Galaxies game and money-making campaign called “Astrafite Rush,” which will be released in a public alpha version in Nov 4.

9.12 Animoca Brands CEO Said “There Is No Metaverse Without Web3”

November 5, CEO of metaverse investment firm and game publisher Animoca Brands, “There is no metaverse without Web3, because you need to have that transaction layer so that you have interoperability between content and you can bring it from place to place.” he said in a panel discussion at Web Summit in Lisbon, Portugal.

9.14 Meta Will Allow Creators to Sell NFTs Directly on Instagram

On November 02, Meta announced at its Creators Week event that the company is now allowing some creators to make and sell NFT directly on Instagram.

9.15 OnChainMonkey is an Official Sponsor of Metaverse Miami 2022

On November 17, Metaverse Miami 2022 announced OnChainMonkey as an official sponsor of the NFT Art Gallery at Eden Roc in Miami Beach.

9.16 On November 23, Oncyber Announced on Twitter that Space Minting Is Officially Here for Everyone

November 30，Hong Kong-based blockchain gaming group Animoca Brands plans to launch a fund of up to $2 billion to invest in metaverse businesses, according to company co-founder and Executive Chairman Yat Siu.