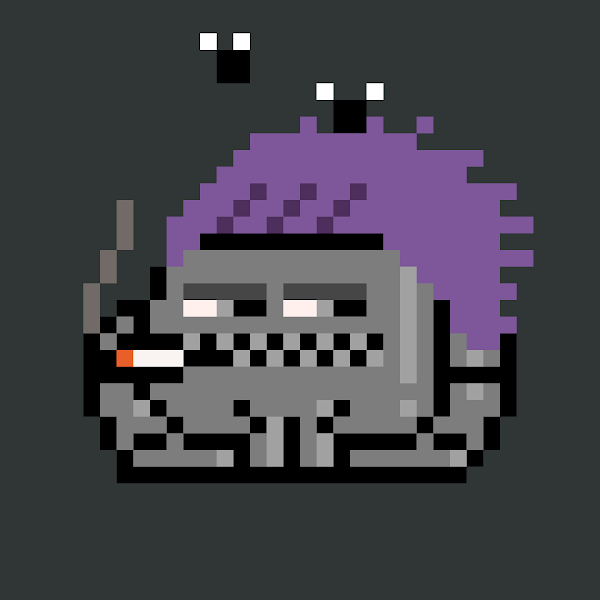 Web 3 is changing how funding, distribution and promotion work in the music industry - for the better.

When artists want to release a new project, they have to raise money from a label upfront, in exchange of a high volume (50-90%) of the future royalties generated by this project.

When artists want to release a new project - either an album, EP or a single track - they mint an NFT to raise money from their fans, in exchange for a relatively lower volume (10-50%) of the future loyalties generated by this project + additional benefits that can be defined by the artist and could include early access to the project, concert tickets, exclusive merch or discord conversations…

Now you might say that this would already have been possible using web 2 crowdfunding tools such as Kickstarter - but you would be missing a key component of web 3: composability, which enables distribution of NFTs.

Remember that now the ownership of an artist’s project is split among its fans and the artist. Each track in the project is minted as an NFT whose smart contract contains the ownership split.

When the track accrues revenues from streaming platforms such as Apple Music or Spotify, the proceeds are automatically split pro-rata between fans and the artist.
Note that I assume that today’s streaming platforms will keep their leadership position simply because their value proposition is unbeatable for users (all you can eat for $9 a month.

Fans get instant liquidity on their NFT share and can resell it later to other fans, or even traditional labels - who will then benefit from future loyalties.

Fans now have a direct incentive to promote the artist’s project as the more stream it gets, the more royalties they will get down the line. Therefore, fans are the new promotion strategy: they will promote the project on social media, include it in their playlists on streaming platforms or tell their friends about it.

I do not believe music NFTs will be used for music consumption but rather as a funding mechanism for fans to invest in an artist’s project and get future royalties + exclusive benefits.
In this model, the artist keeps a higher share of future royalties because individual fans take less financial risk than a label and are also getting social upside.

Those music NFTs will then be uploaded to existing streaming platforms, and royalties will be automatically shared pro-rata to NFT owners. This is the beauty of composability.

Since fans get financial upside in the form of future loyalties, they are directly responsible for the promotion strategy and will do everything possible to share the artist’s project on social media.

Ending with an example

When the album is ready, Carti releases the NFT on streaming platforms. The future loyalties are automatically paid to NFT owners: 70% going to Carti and the remaining 30% to its fans.
This means that as a fan, if you purchased a fraction of the NFT for $500, you get 0.1% (500/500,000) of the album’s future streaming revenue, each month, for perpetuity. For instance you would get $150 in a month if the album generated 30 million streams in this month and 1 million stream yields $5,000.

To maximize the streams, Carti fans are sharing the new album on social media, adding it to all their playlists and telling their friends about it.