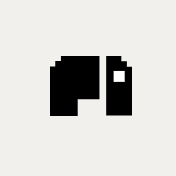 The idea of the Merge has been circulating within the crypto community for a while now. Some of us are quite familiar with the concept, while others are not so much. So in this article, we would love to share our latest understanding & inference based on the recent PoS ETH update and Vitalik's live stream during the ETH Shanghai developer summit on May 20, 2022.

The Merge means the end of proof-of-work (PoW) for Ethereum, and the full transition to proof-of-stake (PoS). The PoW consensus requires a huge amount of hashrate to complete complex "puzzles" to produce blocks. However, under the PoS consensus, nodes can produce blocks according to how many coins they staked to the network. Eventually, the current Ethereum Mainnet will "merge" with the beacon chain PoS system.

One crucial thing to notice is that the PoS ETH is not about creating an entirely new chain, but just switching the existing consensus layer of Ethereum. If the Merge goes smoothly, it should be undetectable. All Dapps built on Ethereum and network users should be able to keep doing what they have always been doing without making extra efforts to adopt the Merge.

What’s after the Merge?

The PoS system is supposed to make the Ethereum network much more environmentally friendly, improve its performance efficiency, discourage blockchain forks, and significantly reduce the amount of Ether production within each block—which eventually helps to stabilize the downtrends of Ether’s market price. Below we will unpack efficiency in more detail.

A network’s efficiency is usually measured by the total transaction per second (TPS). The higher TPS, the faster the network. Merging into the PoS system alone cannot boost Ethereum’s TPS. On the contrary, once the difficulty bomb explodes and the Merge remains uncompleted by the end of 2022, then the block interval may be pulled to 18-20 seconds. Ethereum’s TPS will decrease, and the gas price will increase.

Simultaneously, there are two other ways to improve network performance: on-chain scaling and off-chain scaling.

About Sharding
On-chain scaling is done through sharding, the process of splitting a database horizontally to spread the load to reduce network congestion and increase TPS by creating new subchains, known as "shards." This will change the existing Ethereum protocol to lighten the load for each validator so that they no longer have to process the entirety of all transactions across the network.

The Ethereum community used to be extremely ambitious about creating 1024 shards but now adopt a much easier sharding mechanism called danksharding, named after its creator and Ethereum Researcher: Dankrad Feist. He proposed building execution blocks and shard blocks together to include data from all shards into a single beacon block.

The concept of danksharding may be a little bit hard to understand for non-developers. Simply put, it's more like one oversized block than 1024 sub-shards. The technologies of PBS and crList can reduce the centralized effects brought by this mega block.

Once implemented, this solution would allow all transactions to access block data from L1 and zk-based systems simultaneously. The size of the new block of ETH will become 1MB and boost the network TPS from 15 to 5000. In the future, the block size will increase to 16MB.

Off-chain scaling is implemented separately from and requires no changes to the existing Ethereum protocol. This method is already part of the roadmap to improve ETH’s scalability, not just a transitional plan. There are also different types of off-chain scaling solutions.

Vitalik emphasized the historical importance of rollups at the ETH Shanghai summit. In addition to danksharding, rollups can further boost Ethereum’s network TPS to 80,000, which will be comparable to the TPS of Web 2.0 in general.

Just like the Merge should be smooth and undetectable. The mass adoption of decentralized networks can be undetectable too. Aka, you keep doing what you have always been doing, but there won’t be a centralized server to collect your data or shadow your intelligence under the name of efficiency.