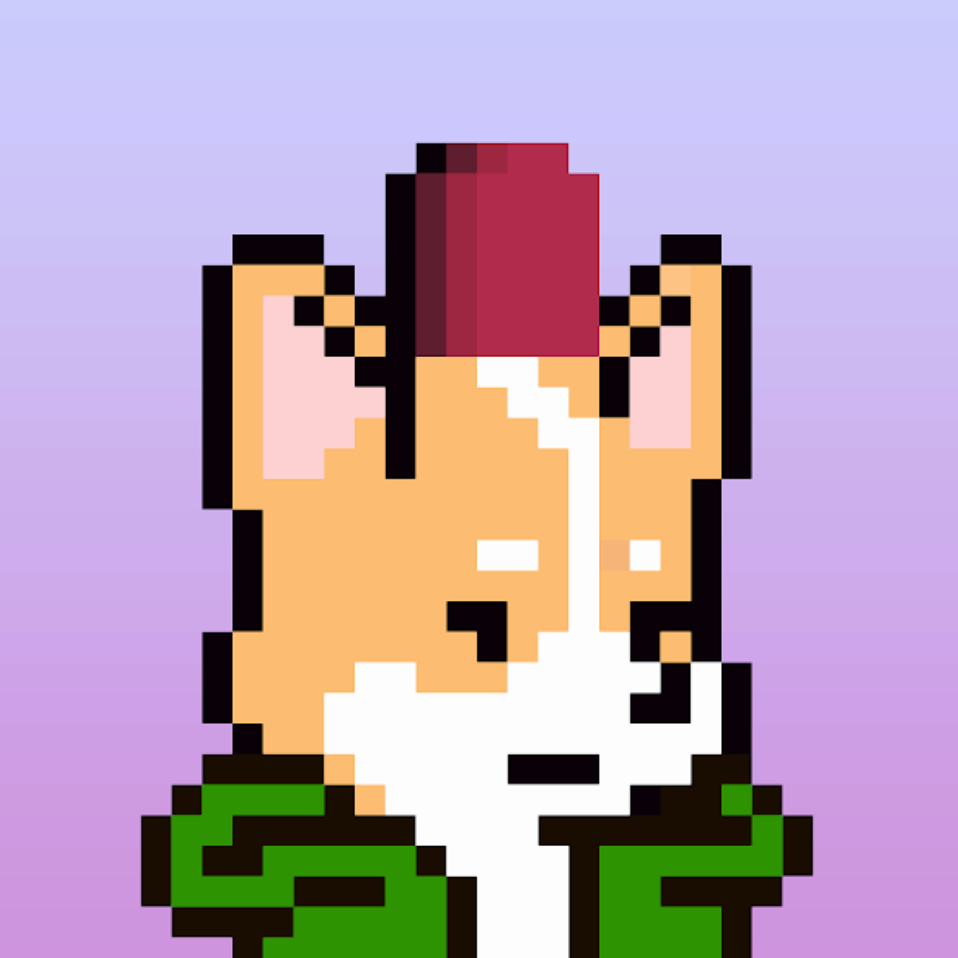 Investing in the next generation of work

Imagine this: you don’t have a nine-to-five job, or even a steady employer. Instead, you have a series of fun projects, and you rise up every day eager to get on with them. You’re compensated in a mixture of cryptocurrency, token, equity, and fiat currency.

Your colleagues may be scattered across the globe, but collaboration is easy. You see each other online, and you meet in person periodically in important hubs, like New York City, Miami, and Lisbon.

This is the life of an internet citizen living in a borderless and limitless world. Maybe you already live this way. If not, you probably will be soon. This is what I call Jobs3, the progression of Future of Work.

The Evolution of Jobs

History teaches us that revolutions tend to come in series.

In the 20th century, the third industrial revolution ushered us into the age of computing and telecommunications. Manufacturing and factory jobs gave way to office jobs. I call this period Jobs 2.0.

Today, we’re in the middle of another, even more dynamic industrial revolution. The fourth industrial revolution is driven by greater connectivity and by a re-imagining of the internet, especially in areas like blockchain, AI, and crypto-networks. The office is transforming into a collaboration hub. We are shifting to a new model of work, which I call Jobs3 - a limitless labor market for the internet citizen.

Not long ago, we were all hearing a lot about the “Future of Work.” Today, Future of Work, coupled with Web3, is evolving naturally into Jobs3. Here’s what that evolution looks like:

I’m going to drill down and talk about the ways Jobs3 is disrupting our older models, in terms of the internet citizens’ compensation, talent, skillset, location and creator opportunities.

The old model of receiving a paycheck in fiat currency once or twice a month is fading away. Instead, the internet citizen will be compensated in the form of a mix of fiat, crypto, tokens, and equity, based on their actual contribution.

A Brief History of the Paycheck

In ancient times, workers were paid in kind – Mesopotamians worked for beer, and Roman soldiers earned salt. Over time, the system evolved so that workers were paid either an hourly wage (for entry-level and manual labor) or a salary (for knowledge workers). The system we know – 9 to 5 work in an office with strict management structures – was introduced for white-collar workers and continued by Web2 companies. Today, though, change is on its way.

In the near future, knowledge workers will be paid completing bounties for projects; we can expect workflows to look more agile than ever before. Compensation may largely be based on contribution, rather than on seniority or experience levels.

Startups like Magna make it easy to manage tokens. Platforms like Utopia Labs help DAOs to handle payroll and expense management; other platforms like SuperDAO enable you to start DAOs quickly and Dework helps you manage all your tasks and bounties.

Ultimately, I believe we are going to see much more infrastructure being built out for DAOs. It’s still very early. We can also expect to see more non-compensation, in the form of health insurance and other benefits, being provided through DAOs or community organizations.

What really sets the Web3 ecosystem apart is its fluid, borderless character. Web3 levels the playing field and takes back the advantage from people who just happened born in the right city or attended the right school.

What’s most important now is skill and talent. Your work can speak for itself. Build up reputation points by displaying your proof of skill; join a discord server to share your ideas with global communities. You can also apply for grants to fund your work through DAOs.

A Brief History of Cities

For most of human history, talent pools have been concentrated in universities and in large cities; after all, that’s how people could meet, work together, and exchange ideas with one another. Cities grew up around industry, commerce, and centers of knowledge, and ambitious people from around the world flocked to them.

Some things will never change. Cities like New York, London, and Tel Aviv will retain their near-magical status as hubs and will remain critical for collaborative work. However, these mega-cities will have to compete with other cities that can offer a price advantage in form of lower cost of living, or tax incentatitives. We have already seen how cities like Boulder and Tulsa are launching initiatives specifically designed to attract to workers.

Startups like Papaya and Oyster are offering companies tools for seamlessly integrating employees around the world. On CryptoJobsList the internet citizen can find borderless Web3 jobs.

Skillsets and Jobs 3: A Shift to Skills

Traditionally, employers have cared a lot about big, prestigious names. Having an Ivy League education on your resume opened doors. So did working at big-name web2 companies like Google or Facebook.

To some degree that’s still true, but there’s also a major shift underway. Today’s employers are more interested in skills – both the hard skills needed to work in today’s technology, and the soft skills that can’t be replicated by AI.

Having Web3 experience on your resume will count for more than experience with an investment firm like Goldman Sachs. The blockchain will also make it easier for employers to verify skills without checking education or work experience.

A Brief History of Knowledge Work

The term “knowledge workers” was coined in the mid-20th century – it’s a logical extension of the older phrase, “white collar” workers. Knowledge workers use ideas, theories, and data to create better services and products. Because their work is intellectual, rather than physical, knowledge workers can do their jobs from virtually anywhere.

Until recently, knowledge work was relatively new and rare. That’s why some employers tended to want the validation of Ivy League diplomas before they hired anyone for a coveted intellectual job.

Today, knowledge workers are in high demand and it’s easy for members of the “doer” generation to prove their worth. Workers with strong “soft” skills, like EQ and critical thinking, are in particular demand, especially as more technical work can be done by AI. More and more people are also seeking out challenging, stimulating Web3 work, now that technology has made it faster and easier to perform the basic work on sustaining humanity.

It’s easy to see a future where our resume is a bit more like a collection of NFTs than a list of schools and employers. Already, startups like POAP allow you to show off your skills through a badge that lives on the blockchain. Enigma helps companies find talent by offering a unique, puzzle-based platform to evaluate candidates based on real-world skills. Layer3 allows you to earn crypto with any skill.

The internet is becoming decentralized, and the big institutions are slowly losing their dominance. That means that individuals with strong creative passions have the time and space to shine. Instead of working through intermediaries, creators of all kinds can share their work directly with their followers.

A Brief History of the Creator Economy

There have always been creatives. In ancient times, and up to the Middle Ages, creatives were often closely tied to religion and were paid by the church. During the Renaissance, artists became more secular and worked for wealthy patrons. By the time of the Industrial Revolution, creatives were employed by big businesses – whether publishing houses, media corporations, or record labels.

The rise of platforms like Substack has meant that journalists, podcaster, and writers can connect directly but more importantly bring their fans with them to new platforms. You could say that Substack is a web2+ platform acting as a bridge between Web2 and Web3.

The shift to a peer-to-peer economy is accelerating thanks to Web3 and its provision for seamless movement of value and assets. Web3 resolves content ownership and makes digital assets portable. In the new creator economy, art, music, and other NFTs can be tokenized so that creators can monetize their work.

The result is a world in which ideas and work product can be exchanged on a global basis, further strengthening the borderless economy. Web3 makes the internet more user-centric and content-friendly and further shifts it from the older model with institutions at the center.

Braintrust removes the middlemen and gives the freelancer ownership of their work. Platforms like Opolis are also liberating freelancers by offering payroll, employment benefits, and membership perks.

Location and Jobs3: The Fluid Work from Anywhere Model

On a political map, the boundaries between countries are as clear as ever. But if you look at the world map through the flow of information and financial activity, borders are largely disappearing.

A Brief History of Place

Until about 12,000 years ago, every human being on the planet was a nomad. The discovery of agriculture, during the Neolithic Revolution drove people to quite literally put down roots and abandon their hunter-gatherer traditions. Roots grew deeper over time: the industrial revolution tied us down to factories and then to offices, where we worked a fixed 9-to-5 schedule in return for a salary. But the urge to wander is an ancient legacy which we all still share.

Internet citizens are returning to an ancient way of life: like our hunter-gatherer ancestors, they’re roving and going wherever they can thrive. They’re flocking to cities like Miami, where they can enjoy a healthy lifestyle, low taxes, and crypto-forward thinking. They’re also choosing work that engages them.

As the world moves online, employees have more power and more options. Companies are struggling to hold onto employees – the 2021 Bureau of Labor Statistics report found that the overall turnover rate is 57.3%. In the past, cities competed to woo businesses, offering them tax breaks to relocate. Today, more cities are skipping the middleman and trying to attract global workers by building amenities like faster broadband and co-working spaces.

The future of the internet is human. I believe that Job3 both draws from and feeds into a new internet of value, designed for the full thriving of human diversity – a place where online citizens can build community and find common ground without submerging their differences.

None of us know for certain what the future of technology will look like. What we can say, though, is that the years ahead are likely to be full of change and possibility in the workforce. The Jobs3 revolution is a positive force for good which should encourage us to build the world we want to live in.

If you are building a Jobs3 startup I’d love to hear from you!