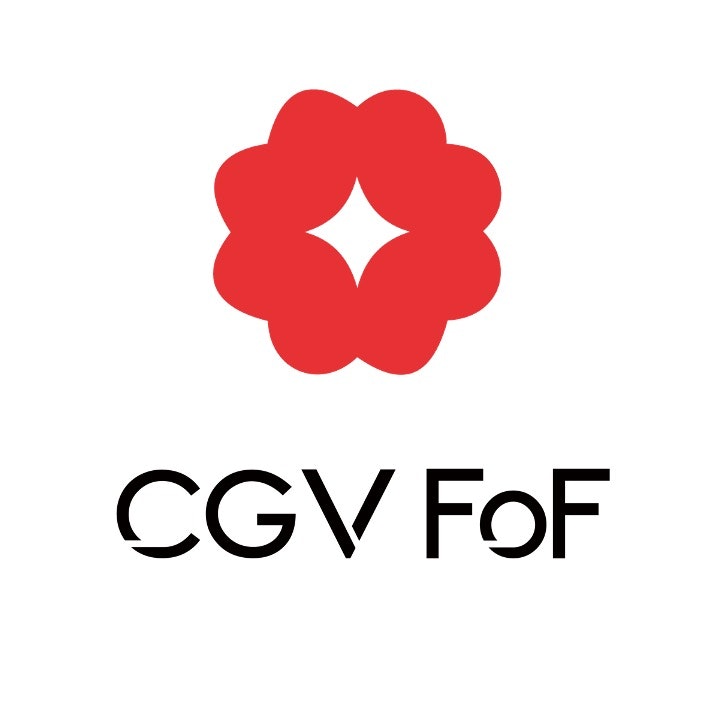 In the past year, BSC, Solana, Avalanche, and other public chains have been challenging Ethereum. However, after several rounds of market test, Ethereum has been evidenced to be a strong player other than Bitcoin. Ethereum is still attractive to developers and longtime practitioners due to its security, decentralization, and ecological development.

In CGV’s view, Ethereum will gradually evolve into the underlying infrastructure of the blockchain and become the undisputed king of the public chain. However, Ethereum has disadvantages such as congestion and increasing costs. The scalability and optimization of Layer 2 and other technologies based on Ethereum will become the main trend of future development.

CGV found through L2BEAT data that as of March 3, the total value locked (TVL) on Ethereum Layer 2 was $6 billion, which exceeded that on most public chains. The Layer 2 ecosystem and users are getting bigger and bigger. Ethereum Layer 2 scaling solutions break through the existing performance limitations and facilitate a larger ecosystem. Next, CGV will introduce you several Layer 2 solutions.

Layer 2 is a scaling solution. It is mainly to improve the scalability related to the “impossible triangle” problem in the blockchain industry, that is, to enhance the operational efficiency of the blockchain while reducing costs. Layer 2 has a separate execution layer (where the code runs, in an environment such as EVM) and runs on top of L1 (L1 is Ethereum in our discussion).

Layer 2 can do most of the computing for Layer 1, such as separating Ethereum transactions from the main chain, reducing the burden on Layer 1, improving business processing efficiency, thus achieving scalability. Layer2 may only reach partial consensus, but it can meet the needs of various business scenarios.

The scaling technology of Layer 2 has roughly gone through: a process from side chain → Lightning Network → Plasma → Rollup. When the Layer 2 enters the Rollup stage, it achieves great improvement. The Rollup solution not only provides users with near-instant transaction speed, but also significantly reduce costs, while maintaining the security and decentralization of the Ethereum mainnet.

Arbitrum is a mainstream Optimistic Rollup launched by the Offchain Labs team. Due to Arbitrum’s compatibility with EVM, the Apps on the L1 network can be seamlessly migrated to the L2 network, which means DeFi and NFT projects can easily migrate their codes to scaling solutions.

Arbitrum leverages the ability to communicate between L1 and L2, allowing arbitrary forms of Ethereum assets to be transferred between Layer 1 and Layer 2 without trust. Although the transactions on Arbitrum are still settled on Ethereum, Arbitrum only submits raw transaction data to Ethereum, and execution and contract storage are performed off-chain. Therefore, compared with Ethereum mainnet, the gas fee required by Arbitrum is very low, and the contracts are fully compatible.

When Arbitrum was launched on the mainnet, 74 projects including Uniswap V3, Aave, Curve, and MakerDAO were deployed. Based on the data of arbitrum browser, CGV found that the online trading volume of Arbitrum showed an upward trend. On March 3, the number of transactions exceeded 120,000.

According to L2BEAT data, as of March 3, the TVL of Layer 2 on Ethereum was $6 billion, which exceeded that on most public chains. Among them, Arbitrum is the scaling solution with the highest TVL, which is $3.26 billion, accounting for 54.3%.

Based on these data, we can find that in the short six months since the launch of Arbitrum, apart from the early migration projects, more and more projects have been added to its ecology. For example, TreasureDAO is such a project that has been widely known within a short time. If you want to know about TreasureDAO, please read CGV Research’s report.

TOP 10 Projects by TVL on Arbitrum

CGV also found that Arbitrum attaches great importance to accessing flow pool that can be converted. Arbitrum cooperates with mainstream exchanges such as Binance, FTX, OKX, Huobi and some payment channels, allowing users to deposit and withdraw funds directly on the L2, which significantly expands the user base.

In the future, L2, with its superior performance and thriving ecosystem, will gain more and more popularity. Arbitrum is improving its infrastructure, and its potential has been gradually realized. For the emerging L2, Arbitrum undoubtedly has the first-mover advantage.

Optimism, formerly known as the Plasma Group, is the development team of the Optimistic Rollup. Optimism leverages all existing tools in the Ethereum ecosystem and modifies them to implement their optimistic protocol and L2 solution, which enables low fees, low latency and high throughput by running computations off-chain. As optimism can obtain security protection directly from the Ethereum mainnet, it not only retains the security of Ethereum mainnet, but also ensures scalability.

On Optimism, transaction data is compressed and sent to the Sequencer Entrypoint contract on L2. Sequencer will be rewarded for executing transactions correctly and be penalized if they act in bad faith by reducing collateral funds, which may result in longer withdrawal times for Optimism. This issue can be fixed by cross-chain bridges such as Synapse and Hop exchange.

Excellent compatibility has created excellent conditions for the establishment of the Optimism ecosystem. As of March 3, the TVL on Optimism reached $469 million US. Projects such as Uniswap, Syntheti, Lyra, Rubicon, Kwenta, 1inch, WePiggy are all built on Optimism. Additionally, the number of wallets, tools, and cross-chain bridges that support Optimism is increasing.

Compared to Arbitrum, there are relatively few DApps built on Optimism, but it ranks fourth among all L2s in terms of the TVL, due to Optimism’s excellent compatibility. With the gradual improvement of Optimism, more projects will be built on Optimism in the future.

Invented in December 2019, zkSync is a scaling solution developed by the Matter Labs, a European team, that uses ZK-Rollup technology to process transactions on the Ethereum blockchain while still maintaining its security. Gas fees are equal to 1% of Ethereum gas and cheaper than using Optimistic Rollup. It can process 2000+ transactions per second (tps) compared to 14tps on Ethereum. Additionally, it has the ability to transfer assets back to L1 at any time.

The zkr solution of zksync 1.0 provides very limited functional application scenarios. Therefore, the main task of zksync is to launch zksync 2.0 and build an ecosystem based on it. Once the protocol becomes more mature, its focus will shift to privacy and decentralization.

In March 2021, Matter Labs completed the Series A financing of $6 million led by Union Square Ventures for zkSync, the most promising L2 scaling solution. Before the launch of zkSync 2.0, zkSync has successively attracted strategic partners such as a16z, Dragonfly, 1kx, OKX, etc., attracting the migration of a large number of dApps, and the participation of CEXs that support fund transfers between exchanges and L2.

On February 22, the zkSync team announced that the zkSync 2.0 public testnet was officially launched, which means that the first ZK Rollup that is compatible with EVM on Ethereum test network began to run. With the continuous improvement of zkSync, the current number of ETH locked in the zkSync L2 network has exceeded 90,000. The total number of transactions transferred from the Ethereum mainnet to the zkSync L2 network has surpassed 350,000. The total value locked has reached $72 million. Among them, the number of independent addresses is about 240,000. It is worth noting that the actual number of zksync L2 activated accounts should be higher than the number of independent addresses, because users can activate accounts directly through the fund transfer between L2s.

CGV found that although zkSync has no specific timetable for the issuance of tokens, its team has revealed earlier that after the zkSync mainnet is launched, 1/3 of zkSync’s tokens will be reserved for the team and investors, and the remaining will be distributed to the community. zkSync token is the fee token of the zkSync network.

Matter Labs focuses on investing resources to build the zkSync ecosystem. It announced the establishment of a $200 million DAO organization earlier this year, which will help expand zkSync ecosystem through public products, infrastructure, security frameworks, R&D grants, and investments in other encryption organizations.

Founded in 2018, StarkWare is an L2 scaling solution based on STARK and ZK-Rollups. It mainly improves the scalability and privacy of blockchain. StarkWare has developed a complete solution that uses STARK technology to form Volition through zk-Rollups and Validium modes to generate and verify the proof of computational integrity. StarkWare’s cryptography proof can achieve zero-knowledge, simplicity, transparency, and post-quantum security.

One of StarkWare’s key contributions was the invention of STARKs (Scalable Transparent Arguments of Knowledge), a form of validity proof with a completely trustless setup that enables offloading all on-chain computation off-chain to a single off-chain STARK prover.

The main products developed by StarkWare are: StarkNet, StarkEx, Cairo. StarkNet is a permissionless, decentralized L2-ZK-Rollup based on the Stark zero-knowledge proof developed by the Starkware team on Ethereum. StarkEx is an L2 scalability engine developed by Starkware that enables the execution of such functions in a zero-knowledge environment through Cairo, assembly-language-like program. Cairo is a Turing-complete language, and StarkNet is based on Cairo and supports general-purpose computing on Ethereum.

With StarkWare as the Layer2 solution supporting the dYdX and Immutable, we can experience the great scalability provided by the StarkWare solution.

From the very beginning, StarkWare has attracted investment from the world-class capital such as Paradigm, Ethereum Foundation, IOSG, Multichain Capital. Vitalik, founder of Ethereum, who is optimistic about ZK rollup scaling solution, is also an early investor of starkware.

Currently, the TVL of StarkWare has exceeded $1.2 billion, and important protocols such as dYdX, Sorare, DeversiFi, Immutable, and Celer Network have been deployed on StarkWare. According to L2BEAT data, among all L2 projects locked, dYdX alone accounts for nearly 17% of the TVL, with its TVL reaching nearly $900 million.

After comparison, CGV found that StarkWare is superior to zkSync in terms of performance and current operating conditions, and the StarkWare team has excellent PR and team organization skills, long-term strategic planning of the project, and strikes a balance between technology and commercialization.

In CGV’s view, 2022 will be the year when Layer 2 explodes. The operation of Layer 2 on Ethereum is a economically and technically sustainable scaling solution, and Rollup is undoubtedly the most popular option among Ethereum scaling solutions.

The development of Layer 2 has just begun. In CGV’s view, with the continuous advancement of Ethereum Layer 2 solutions, Ethereum will gradually evolve into the underlying infrastructure of blockchain, and some previous L1 side chains or public chains will be transformed into Ethereum Layer 2 subsequently, which will further stabilize the status of Ethereum.

CGV deems that in terms of opportunity, we should focus not only on Rollup’s native tokens, but also on emerging projects that find a user base on these Rollups.

Note:This article is a CGV FoF research paper and is for reference only. It does not constitute any investment proposal.

About CGV FOF: CGV FoF is an Asia-based Fund of Funds (FoF) that focuses on investments in Crypto Fund and Crypto Studio. CGV FoF is composed of family funds from Japan, Korea, and China’s mainland and Taiwan, with headquarters in Japan and branches in Singapore and Canada.