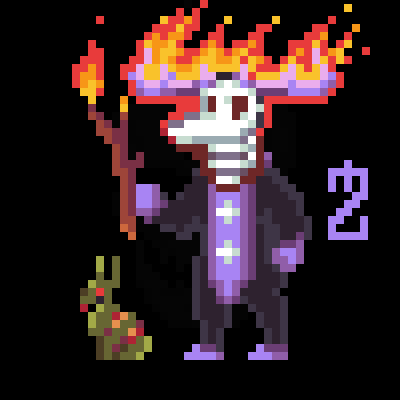 Many of you asked:

Typically, I give an ambiguous response, not because I want to be snarky, but because beauty is in the eye of the beholder. Today, however, we will discuss the statistics of the metadata for the Season 1 Artie NFT collection. We are putting this information out for two reasons: 1) so our community is better equipped to understand our NFTs, and 2) to show you the beauty that lies in your NFT, just buried a few layers down in the warm JSON code.

As we peel away the layers of our NFTs, let’s use a real Artie NFT to demonstrate everything we are talking about. Let’s pull up Bosspaw from the Sock Exchange Thrift Store, who is Token ID # 1374. In the spirit of transparency, this is an NFT that my dad minted!

You can find the raw metadata for any Artie NFT at:

Please replace the XXXX with your token ID. You will soon be greeted with a fat wave of JSON like this:

If that’s gibberish to you, copy the code, and paste it into a JSON parser:

I’ll occasionally refer to the metadata, especially when we get to the genetics layer.

The attributes metadata already appears on Opensea, and most other marketplaces. However, there is more metadata outside of the attributes section. In the JSON parser the attributes are everything that is in the “attributes” section:

On Opensea the attributes appear in the “Properties” section:

Neither of these displays are ideal for displaying our metadata. This character has 20 traits, and some of our characters have even more. That is why our roadmap includes “Lore Viewer & Artie Profiles.” We’re currently designing a site that can display the complexity and deep detail of your Artie NFTs.

At Artie, we do not endorse any ranking platforms. Most of these platforms only rank NFTs by the attributes listed above, which is the metadata shown in the Opensea Properties region. This is a flawed metric to compare NFTs; it has no awareness of the other layers of the NFTs. We will discuss those layers in the remainder of this post, but first we will define the metric most ranking platforms use to calculate rarity. The process for calculating rankings on an NFT collection typically boils down to the following:

This technique is just one way to measure the rarity of NFTs, assuming your rarity metric is: the NFT with the least occurrent set of attributes is the rarest NFT. However, there is no best metric to evaluate NFTs. Everything can’t be quantified. Vibes and personal taste are important. Our NFTs have other features that aren’t measured in attribute occurrence based calculations.  Another caveat is rarity doesn’t directly correlate with value.

There is a disconnect between attribute occurrence based rarity metrics and reality. This gap is a huge canyon if you look at the statistics of the birthday traits. There are 366 possible birthdays. The birthdays occur between 5 and 23 times across the collection so far. Currently, October 10th appears only 5 times in the collection.

Does that mean that it is a rare property and has value? Maybe?

A counterpoint to occurrence based rarity, specifically for birthdays, is significant days: like 4/20, also known as April 20th, which occurs 16 times in the collection. It’s three times more common than the rarest of birthdays, but it’s a date that has significance to large swaths of our community. So, I would argue that significant dates are more important than statistically rare dates. However, rarity platforms do not account for this.

Take a look at the genetics for the Bosspaw from earlier:

Each NFT has 6 genes, one for each of the narrative traits. This particular character has four core Artieverse genes, and two Chocotoy genes. Colloquially, I like to call this a 4/6 or a 66.666% core gene affinity. Currently the only gene types are core and chocotoy. Season two will also have two genes: the core Artieverse gene, and a new secret gene which represents the essence of the season’s theme.

What does this mean?

Is it better to have 100% genetic affinity?

It depends. Maybe you’re a big fan of Chocotoy’s SuperCute vibes, and want a character whose narrative traits all come from the Chocotoy Neighborhood. In that case, it makes total sense to want a character with 100% Chocotoy genetic affinity.

Our genes were inspired by the affinity system from Forgotten Runes Wizards Cult. We like the wizards.

Let’s pull up an interesting Artie character. Their name is Flex:

What is special about this character? I think they’re cool because their name is simple and clean; it’s just one word, Flex. In our collection there are currently 1349 characters with Flex in their name, around 30% of the collection. However, this is the only Flex with the name Flex. That is super cool to me.

Additionally, there are characters with exceptionally long names in our collection. Only two of our characters have the phrase who is a in their full name. These are Flex the Zero-Gravity Pilates Instructor who is a Monster from Dex's Donuts and Flex the Gourmet Toaster Chef who is a Jerk from Shady's Sunglasses Emporium. It’s just a coincidence that all the characters we are bringing up in this section are Flexes. However it goes to show you, even if you have a character that occurs often throughout the collection, there is always something unique waiting for you in the metadata.

I am bringing this to your attention so you can start to keep tabs on our naming conventions. We were super intentional in designing our naming system, and we want you to be aware of the features we put into our collection.

BTW, there will be new naming syntaxes in season two….

Some characters have unique lore. Check out the first sentence in the lore on Flex the Stepdad for Hire from Decentral Station, who is token ID #666:

I want to wrap up this post with a musing on NFT aesthetics. Let’s circle back to Bosspaw from the Sock Exchange Thrift Store.

Look at their hat. Look at their suit. See anything special? There is pizza money in their hat, and they’re wearing the Moneybags suit. This is an aesthetically pleasing combo. If we do a bit of querying we can see that this is the only Bosspaw that has a golden hat with pizza money, and a Moneybags suit. So far there are only four Bosspaws with money in their hat and a money suit.

I’m bringing up this one connection to inspire the community to look for more of these aesthetically pleasing connections. There are more hidden in our collection. We want you to find them. These connections aren’t explicitly encoded in the metadata. This makes it impossible for a rarity tracker platform to automatically understand the rarity in our collection because. At least until, we teach the AI about contemporary aesthetics.

We have many layers of complexity, and most of them can’t be understood by just counting metadata traits. This is not the end of this discussion. We hope this post inspires you to go down the rabbit hole…