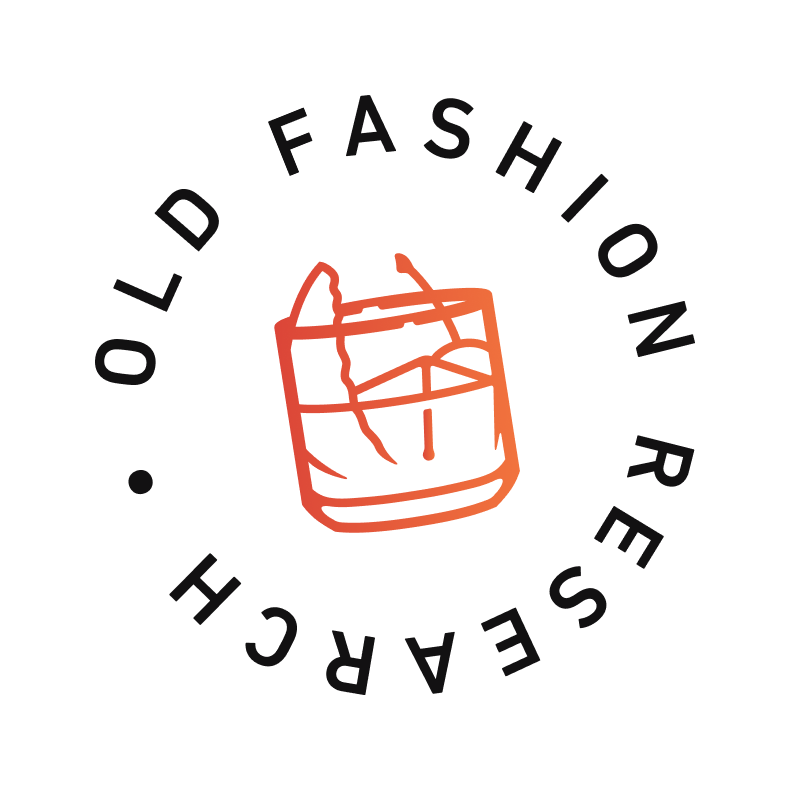 The paradigm shift from CEX to DEX as FTX goes bankrupt? No, it just flew into Binance from other exchanges.

The past few weeks were filled with shock, disbelief, and betrayal. FTX crashed and went bankrupt. The mismanagement, the lack of transparency, and the ugliness of it all became extremely sarcastic in an industry where ‘transparency’ is the main narrative. Are we down bad?

Though in the short term this is a net negative for the industry, some investors have a different take. Let's dig in! ⛏️🐧⛏️

Confidence in CEX has reached an all-time low following the FTX fallout. Massive funds pulled off from CEX like Crypto.com and Gate.com due to insolvency concerns. Those funds either moved to safer exchanges like Binance or moved to their personal own-chain wallets to protect their funds from being misappropriated. The different take from some investors is that the DeFi narrative is always about trustless, permissionless, and transparent. Based on this narrative, people are betting on a paradigm shift from CEX to DEX. Some DeFi tokens were not harmed by the recent market plunge but even remain intact after it. For example, both $DYDX and $GMX gained around 25% after the incident.

In addition, DEX trading volume spikes again further confirming the trend, especially on the 8th, 9th 10th of November, DEXs reached their trading volume at $12b.

But let’s dig into what was really going on on the 8th~10th. If we looked back, we could see that just the time that $FTT was still defending at 22. Then, it crashed due to the massive selling pressure. And it plunged like water fell from $22 to $16, then from $16 to $3 within 2 days. In fact, there was a price correlation between $BTC and $FTT, when $BTC dropped around 25% from $20k to $16k in 2 days at the same time. From the chart, we could see a nearly 100% movement correlation.

Furthermore, $BTC is still the dominator in the market cap, so its movement will act as a trend indicator for other altcoins. Lots of market makers also use $BTC and $ETH price movement to adjust their alternative coin position in both CEX and DEX. Hence, this 25% drop in $BTC price also impacted altcoins price especially when the market condition was volatile. There was panic selling, liquidation (Perpetual contract, margin, lending protocols like Compound, Aave), etc happened both on-chain and CEX. Last but not least, there was a great price difference for all coins between CEX and DEX as the market turned volatile so arbitrage bots also took advantage to do lots of MEV transactions and profit between CEX and DEX, hence driving the DEX trading volume higher.

To further prove the theory, we can look back to the crash on 5/19/2021, when DEX volume surged as the market became volatile, but as the market stabilized, the DEX volume instantly dropped to the previous level, at around $2~$3 billion per day. A similar pattern appeared in the $BTC trading volume, with a nearly 100% correlation.

Lastly, we want to know whether this is only the DEX volume surging because of the paradigm shift and not about the correlation and volatility, so we need to check the trading volume trend to confirm this.

According to the historical data from CoinMarketCap,  $BTC transaction volume displayed a new high at a daily average of $100 billion between Nov 8th and 10th (DEX’s volume was around $12b). After that, the trading volume stabilized at around $30b, which is similar to the DEX volume movement from $12b to $2~$3 b. We can conclude the reason for the DEX volume surge is market volatility, price correlation, arbitrage, liquidation, and above all, panic selling. Unfortunately, though I am a DEX believer myself, the DEX fundamentals haven’t changed.

Now that DEX isn’t the winner, then who is it? What happened? Let’s dig deeper!🐧

Never waste a crisis, how did Binance leverage the crisis in its favor?

Like Churchill said, never let a good crisis go to waste. This year we had $luna~$ust crash, followed by 3AC’s demise, and both left a devastating hit to the industry. The most obvious change is that lots of retail investors lost confidence in the industry, hence the fall in trading volume and liquidity. Lesser trading volume means lesser revenue for exchanges, especially for tier 2, and tier 3 exchanges. However, Binance, as the leading exchange, reacted differently.

After the Luna and 3AC crashed, Binance soon announced Zero-fee trading for Bitcoin spot trading pairs.  From the announcement, we can find out that Binance subsequently applied zero-trading fees on $ETH and several trading pairs. The zero-trading fee program seems like a treat to traders,  in fact, this is a tactic to acquire users from other exchanges and give other exchanges another deep hit in bear market conditions. Imagine, why would retail traders want to trade in other exchanges if they can enjoy the best liquidity with zero fee at Binance? If other exchanges follow this zero-fee move, they will surely have less revenue, if they don’t follow it, then they’ll likely lose users from Binance. Then Binance further gains traction in the market. Crypto exchanges, though often teased as casinos, have operational costs including server, marketing, payrolls, etc, and even casinos would bear a loss if they couldn’t gain large enough earnings from transaction fees.

Another market Binance plans to acquire is their $BUSD stablecoin. The tactic is pretty similar, offering discounts when trading in BUSD perpetual contracts. Offer BUSD staking pool when they are doing Binance Launchpad like the recent $HFT one. Most importantly,  Binance delisted all other stablecoin trading pairs, except for BUSD and USDT, and automatically converted other stablecoins to BUSD into trading. This means that all other stablecoins besides $USDT and $BUSD are less useful and the $BUSD market share will be magnified.

Finally, CZ’s open market selling $FTT, and calling out other exchanges might be unsafe brought a fatal blow to FTX. For the rest of the FTX bankruptcy story, I believe everyone is well-versed. However, why would CZ do it at this time? If we take a look at the Voyager balance sheet, the answer seemed pretty clear. From the news reported in September,

FTX is the highest bidder for the bankruptcy of Voyager, since Voyager holds massive amounts of $SRM and $FTT, if FTX doesn’t acquire Voyager,  Voyager will have to liquidate the asset they own for bankruptcy by themselves or by other buyers. Even though $FTT and $SRM tokens were only worth around 9 figures at that time, as in the bear market liquidity dries up, once those tokens were dumped it would wipe out at least 10 figures of value in the paper. So FTX had to acquire Voyager to protect $SRM and $FTT price. The reason for them to protect $SRM and $FTT is obvious they use $FTT and $SRM as collateral to borrow money out of thin air. If $SRM and $FTT prices drop, they will have to pay lots of loans, as it might raise the borrower's concern, and probably FTX will go bankrupt sooner than we think.

Binance is also a potential buyer to Voyager, and they might just find out SBF’s tricks from Voyager’s balance sheet. Through openly selling $FTT and pointing out the FTX hole, warning users to be careful about other exchanges, the other user would pull their funds out to either their own wallet or very possibly put it into the biggest exchange, Binance. **
**
Let’s see the result of these moves. Binance’s market share has already gone up from around 60% in June to 85% as of now, and also a drastic surge from October's 80% to November’s 85% while DEX volume remained at the same level.  The measure has resulted in a steady increase in the BUSD market cap as well as transaction volumes in the stablecoin market, jumping from 10% in May this year, to 16% today, becoming the only stablecoin that still grows its market share in the bear market.

Also, according to data from Glassnode, all major exchanges experience massive BTC outflow in the recent month. However, Binance is the exception that still grows its $BTC reserved during this period.

While the crisis surrounds the bear market, Binance is seizing the opportunity to acquire the market, and they nailed it, completing the paradigm shift from everything else flowing into Binance.

Binance pointed out that the emperor was without clothes, and acquiring the market share in a bear market isn’t necessarily a bad thing. For one thing, painful as it is, Binance stopped scams involving more people getting hurt before it worsens, and it deleverages the whole market before it explodes worse. On the other hand, it aggregates liquidity in one user-friendly marketplace and that will keep the price from distortion due to market inefficiency, especially in a bear market where funds exit and liquidity crises arise. For a profit-driven centralized corporation, these measures have proven successful.

The purpose of this analysis is to point out that even during a market downturn, there is always an opportunity to seize, and the lessons we can learn from it. From a VC perspective, the opportunity appears in that the valuation will be corrected from FOMO mode and be rationalized. And there will be less noise, and more time to seek out talented teams, as the real builders will stay and keep grinding. The biggest lesson from this cycle is that every Ponzi will be proven wrong and will not survive (dies in a sudden way) when the tides fade away.

Even though the paradigm shift from CEX to DEX has not yet happened, I am expecting the whole Defi continues to thrive and overturn CEX someday, and looking forward to seeing projects building in the following segments:

The above content is my observation and deduction based on the information found, hope you would enjoy it. Feel free to reach out to me or @ofrfund for discussion, all ideas are welcome 🐧🐧🐧!