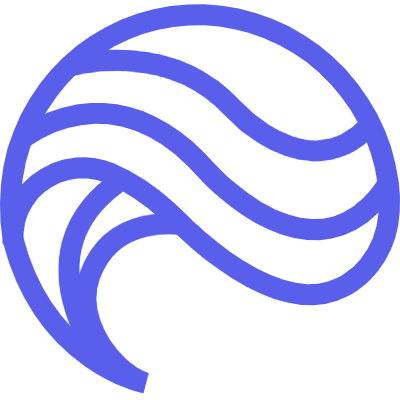 “You say you want a re[ve]lution”

A DAO is only as strong as its community, and its community derives its strength from its governance. While staking and transacting with a protocol ensures its financial posterity, few governance tools have been developed to support its on-chain life beyond infancy. We’ve written lots about the challenges in DAO governance – namely, voter apathy – and we’re excited to present some numbers that substantiate that writing below.

Ordinary governance tokens are mostly misnamed nowadays; to participate in DAO governance, most protocols require you to “vote-escrow” your tokens. Doing this requires a user to lock their asset for a specific period of time, where longer locks engender more governance power and possible rewards. In other words, only long-term supporters of the protocol are allowed to govern it, preventing the farm-and-dump strategies of eras past. This model is so robust that countless DAOs today utilize some permutation of vote-escrow tokenomics to mediate their democracy.

Frax was the second ever DAO to utilize this vote-escrow model (after its progenitor Curve Finance). With 99,432,000 veFXS in circulation, veFXS mediates all on-chain governance for the protocol, voting via Snapshot or directly on-chain through its app. The following time series depicts the FXS-to-veFXS staking ratio since the program’s inception.

Notably, the proportion of locked veFXS is down nearly 10% from its peak, leaving almost half of Frax governance completely without a voice. Further, of this locked FXS, Frax Facts statistics show that participation in the most recent epochs has hovered between 50-80%. While this is not complete radio silence, it echoes some of the realities in the vote-escrow model. Voting every week on gauges costs money (upwards of ~$50), and it doesn’t make economic sense for most people to participate. Imagine if ordinary democracy cost money.

To repeat: 50% of FXS tokens cannot currently vote (aren’t locked), and of those that can, only 50-80% regularly participate.

The Pitfalls of Voter Apathy

Decentralized Finance is predicated on decentralization, and if people don’t actively participate in governance, then this goal will never be accomplished. In the Frax ecosystem, only 42% and 58% of total and circulating FXS, respectively, is locked. This leaves a $250m lacuna of unlocked FXS that could otherwise be allocated toward Snapshot and gauge votes.

But this requires positive action, and the opportunity cost to govern remains astronomical. Governance demands that you forfeit liquidity and suffer material costs to participate in votes that may never benefit you.

PitchFXS aims to solve the above barriers to governance, altering incentive structures to ensure a healthy DAO ecosystem.

We aim to do this primarily with vote delegation. While we discussed pitchFXS’ tokenomics in detail in our pitchFXS launch post, the core technology pairs with the softer social and game theoretic facets of DeFi to mitigate vote apathy almost entirely. Users can specify their voting preferences with pitchFXS for free, solving the cost barrier in gauge voting. And if a user would prefer not to engage in the cumbersome process of casting DAO and gauge votes manually, pitchFXS can optionally delegate Pitch to cast your votes on your behalf. This means that staking will be in all users’ best interests, for the opportunity cost of illiquidity and time spent determining vote allocation will be reduced to virtually zero. More information about pitchFXS can be found here.

We’re a group of open-source contributors and actively encourage members of the community to get involved. Keep in touch with us on Twitter where we post regular updates. Got feedback or want to help? Drop us a line in our Discord to voice your thoughts!