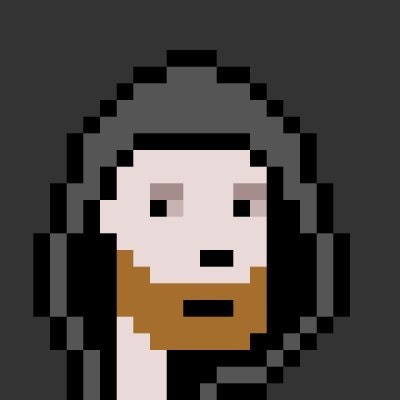 A little over 10 years ago I was introduced to a game called Minecraft. Skeptical at first, I entered the world and started punching trees and trying to survive. Though incredibly simple, it connected with me in a primal way, beyond conscious explanation.

Years later, I stumbled upon “Feed the Beast”, a group of modifications adding to the base Minecraft experience. It added electricity, machines, magic, biomes, farming, and more.

Modded Minecraft became my “deserted island” type of game. No internet connection necessary to play, and something that would be fun with infinite hours spent.

As of today, my peak “metaverse” experiences have been in modded Minecraft, World of Warcraft, NexusTK, and ArcheAge.

In these worlds, I have experienced “ordinary life but fun” gameplay like construction, farming, fishing, and so on.

It is these experiences where I take my inspiration and it is something I would like to share with you all.

In the early 2000s, before many game databases sprung up, like Wowhead, Icy Veins, etc, there was no “optimal” way to play World of Warcraft.

The emergence of data-miners and simulation apps meant there was often only one right way to play, if you wanted to participate in the highest level of play.

There are no unknowns in most online games today. Most is often data-mined the second game data hits a test realm.

I aim to return to a feeling of the unknown, a sense of wonder, with the combination of infinite procedural generation and player content creation.

Land in the metaverse should be free and limitless. Hear me out.

An iPhone from 7 years ago can run Minecraft. You can walk infinitely in a direction, and it will continue to generate new and interesting land forever*. Thus, land is not limited by processing power or storage (unless the engineers behind it are not creative enough).

Let’s take the “metaverse” to its logical conclusion. It’s 2030, and we’re all spending time in the metaverse. You didn’t buy that Earthcube metaverse land back 9 years ago, so you’re stuck renting a room in a small apartment to display the only NFT you can afford, a virtual figurine from your kid’s McDonalds Happy Meal.

You are friends with someone who has a slightly bigger apartment though, and they allow you to come over once in a while to try jumping without hitting the ceiling.

Once every year, Earthcube has a new collaboration where they release new land plots themed after a TV show. This year, it’s CSI: Miami, and you can make your metaverse forever home a crime-scene from the show. With rampant inflation and influx of 3 billion people, the cost is $43 million for a small plot, so it’s out of reach for you and anyone you know.

This is bullshit, but not far from where we’re heading. People speculating on large plots of land now are implicitly hoping that this happens.

If there were a metaverse environment, with similar features, but infinite land, wouldn’t you rather spend time there? At your personal theme park, golf course, mansion on the beach, space station, etc.

Basic land in SHRINΞ is free and infinitely procedurally generated.

If a metaverse environment is made by a corporation that controls the issuance of new land NFTs, it’s not actually decentralized. By buying into their ecosystems you are in essence speculating that they “win” and become the de facto metaverse, and the median person will have a lesser experience than those who have more money invested.

By releasing SHRINΞ as open-source, the community can take it in whatever direction they desire, run their own private servers, and so on. Effectively decentralized.

Building rather than promises

SHRINΞ was available from the day it was announced. There is no public roadmap with promises of future work.

There are no useless land NFTs you can speculate on that have a promised future use that may or may not come to fruition.

Given the infinite nature of terrain generation in SHRINΞ…

With Minecraft, many things hold me back. You have to download a complicated launcher, then a specific, exact version of a pack, then start a game that takes literally 10 minutes to initialize. Crashes abound and each time, 10 minutes of loading.

Getting friends to jump through these hoops is a chore. Servers are expensive, resource hungry, and hard to maintain.

Inside the game, problems as well. If someone is exploring new lands in a far off side of the world, your experience gets degraded. If someone places a corrupted block, part of the world may instead disappear entirely. Hope you backed up your world recently.

Modifying the game was always something I wanted to do, but the Java ecosystem requires (for most) a hefty IDE, toolchain and compilation times.

This project does away with that. Quick load times, no download or install, easy to modify using modern JavaScript.

In 2022, the technologies available to developers inside browsers are incredible.

The ability to run complex game simulations in an untrusted environment is something that will take the 2020s by storm. There is no longer a requirement of trust placed on the developer, no download/install required, and instant load.

Socket.IO allows you to bootstrap light game networking in just a few lines of code.

As a developer, I can use modern JavaScript on both the server-side and on the client-side, which reduces context switching.

My favorite thing, though, is that I can make a change in code, refresh the page, and see it instantly. No waiting on compile times means my productivity is multiplied incredibly in comparison to even 30 second compile times.

This project comes with no promises, other than SHRINΞ is your metaverse. One where you, a community member, can participate for free, own an infinite chunk of it, or even run your own.