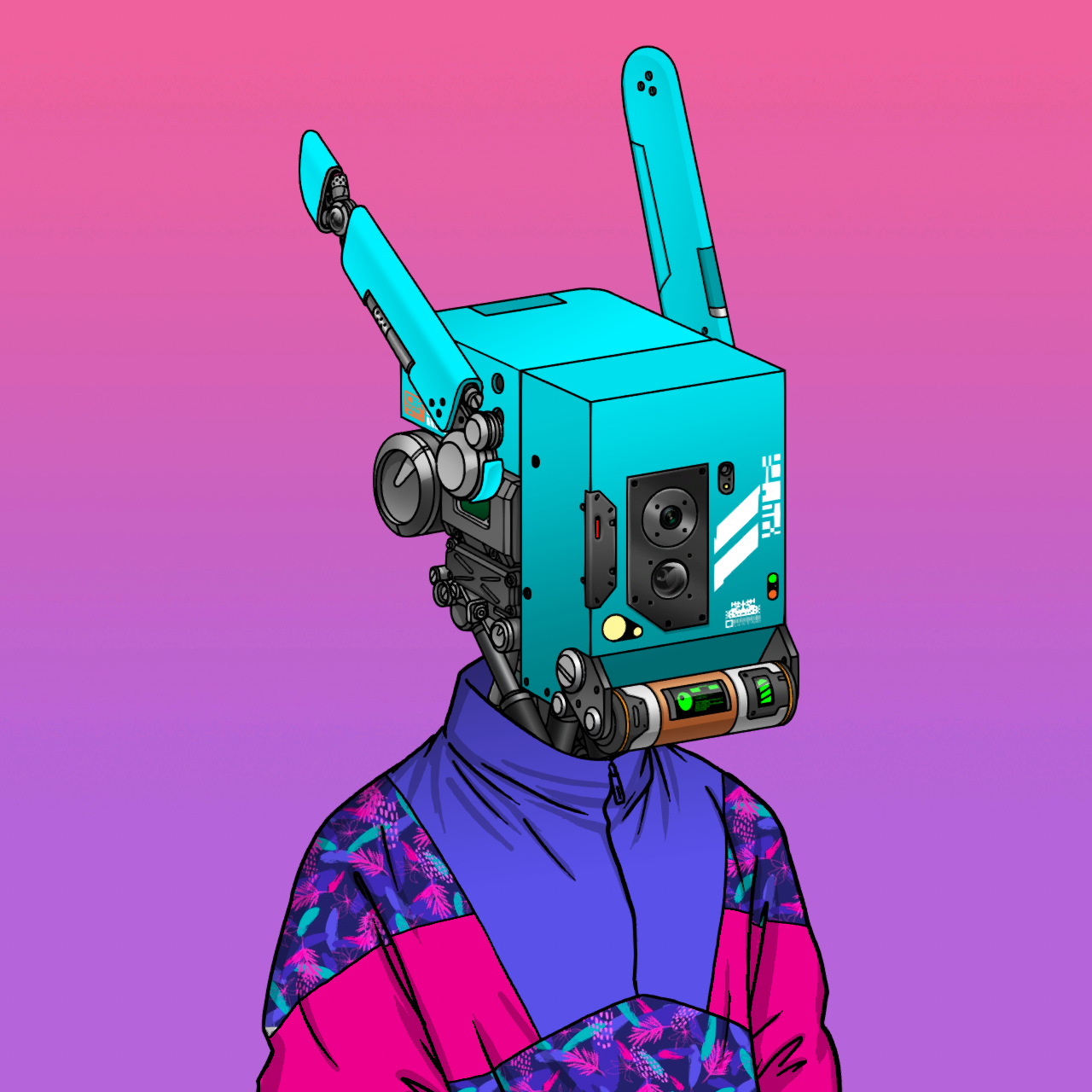 As we close out what has been a breakout year for NFTs and NFT gaming, I wanted to give a little bit of a summary of the lay of the land, let you know what’s emerging across the ecosystem, and provide a framework to help you navigate it. As an explosion of activity happens, trying to categorise all the different experiments coming out of left field into coherent themes is an impossible task - but i’m going to try it anyway. Let’s go.

*Note: I’ve provided a few examples for each category. For better or worse, they’re just the first few projects that were top of mind as I was writing and I’m not explicitly endorsing or even recommending them. Apologies to those I missed!

“Play to Earn” Pioneers
In no particular order, but i’ll start here since Play To Earn is officially the most mis-used term in NFT gaming. Almost every new “Game ICO” is splashing it liberally across their promo emails. The ideal is somewhat utopian; what if we could be rewarded for our investment of time into games? But the actual execution is much more difficult. True P2E asks a simple question… How can we move from maximising value extraction from daily players to a creation of shared value as the network grows. In reality this requires some very hard trade-offs that most projects aren’t equipped or willing to make - including giving a lot of control of the economy and the rate of player growth back to the community - and in a space where mistakes can’t be reversed, and a successful project can rapidly grow to have a GDP the size of a small country before blowing up, we’re still experimenting with what’s even possible and how this is going to work in the long run. And maybe it won’t.
Key learning: Most things aren’t actually Play To Earn, and even fewer of them are sustainable for more than a few months.

“Play to Burn” Failures
What happens when a studio jumps on a trend like “Play to Earn” with no idea what they’re doing? They create a quick but clunky interface, develop a utility token and issuance curve and start creating artificial digital scarcity and crazy inflation every time somebody presses a button. Well, when it goes wrong, it goes very wrong - and we’ve seen crazy moves both on the way up, and on the way down. There’s a subtle difference between ponzi games and ponzi schemes, but when you’re part of a badly designed economic bubble in freefall, then it can be hard to tell as people race for the exits. In the NFT gaming world you can also get rugged by your friends.
Key learning: Play to earn economy management isn’t as simple as you think, and we’ve already seen our first big credit defaults.

IGOs - Initial Game Offerings
We’re seeing a huge amount of ICO like activity as we close out the year at the absolute top of the hype cycle. They’ve got a homepage, a telegram, a discord, and importantly, a roadmap and a token. But not much else. If they can get a big enough community, they might even turn it into a game - but 99% of them are going to fail, because they’re focused on tokenemics before economics and game mechanics, their advisors are all fake, and they have little incentive to deliver to their 500k discord members who were only in it for speculation anyway.
Key learning: History doesn’t repeat, but it rhymes. We’re still in the 2017 phase of NFT games, and there’s definitely a lot of traps out there. Stay frosty.

PFPs with “Utility”
So everybody jumped on the NFT profile picture bandwagon earlier this year. I’m all-in for digital identity in the Metaverse and some of these projects are brilliant (amongst a sea of mediocrity). But suddenly just having some good art wasn’t enough - you need a roadmap and utility! Half of them are taking the sensible and exciting approach, how can we build slowly and integrate projects around our communities? Others are taking the suicidal approach - let’s build our own “Play to earn” game and pump the floor! I’ve got my eye on a few, and some will be excellent, but a lot won’t - and there’s going to be a lot more “rugged by Apple” before we’re done here.
Key Learning: 10k pfp Metaverse presence will come in all shapes and sizes and it’s going to start messy and probably finish messy too.

“Play to Own” and Trade
While not every NFT game needs to have a dynamic, decentralised economy of “Play to Earn”, and most shouldn’t, there’s a group of us who still like to earn, own and trade our items. And why not! We’ve got the permissionless infrastructure already, so let’s use it to bring robust open economies to the gaming experience. These games are about getting the balance of community and dev rewards just right and creating a healthy marketplace.
Key learning: Open up the item ownership and fun things can happen - around user centric market places.

GameFi Boredom
Economy focused, DeFi spin-offs wrapped in a “GameFi” shell. So hey, we’ve made this game - but it feels like a job, because you’ve now got a new job; please check in hourly to restake your yield and… Oh god what are we doing. We’re still early and need a lot more experiments, but many of these teams have focused on the economic aspect of the experiment and forgotten about making it a game. Interestingly, starting here and making the core economic mechanics sustainable before extending the experience might just be the way to go.
Key learning: If anybody ever uses the term “GameFi”, you’re likely about to be hit with a tokenised spreadsheet.

Indie Hustlers
It’s surprising what you can do with a small team. And in fact, this is the area of this space i’m most excited about. I couldn’t care less if Ubisoft tack on some NFT skins behind a restrictive license, but smaller teams have a lot more freedom to innovate and expand our definition of what NFT gaming can be, outside the glare of a skeptical and sometimes hostile trad-gaming community. Stay close to small projects with strong communities of early adopters who are willing to chew some glass together, and you’ll likely be rewarded with a great experience.
Key learning: A successful NFT game only needs 10k passionate fans to get started, find your fans and your family.

On-Chain Innovators
These teams are some of my favourites in the NFT gaming community. They care about little else than pushing blockchains, technology and tokenomics to their limits and then sitting back and finding out what happens. Back when Ethereum was almost free to use this was fine, but as demand and congestion pushed them all off-chain or to other protocols, they’ve often had to get even more experimental. From Zero Knowledge Proofs for competitive multiplayer, new item standards and now in-game bridging mechanics and Layer 2 portal magic, there’s a lot going on.
Key learning: Gaming and technology innovation go hand in hand. Don’t sleep.

Ambitious AAAs
Making a successful game is easy right? But we want it to be top quality and open world and cinematic and have five different game modes - so let’s 100x our raise and hire a thousand people. What could possibly go wrong? The industry needs these games, and I cannot wait to play them. But let’s be realistic, title risk is real and it’s going to be years before we can, if ever. There’s a lot of relatively inexperience people raising lots of money and doing insanely ambitious things in an industry known for being brutally difficult to crack, and then adding unproven dynamic economies on top to boot.
Key learning: YOLO.

Mobile mash-ups
For a long time you couldn’t play any NFT game on your mobile, let alone a good one. The inherent friction between app store restricted payment channels, free-to-play models, on-chain costs and user onboarding caused the earliest projects to burn out. Now we’re finally start to see some studios put two and two together, even if it’s just adding tokenomics and character ownership into already proven titles. Watch this space for 2022 as the UX rapidly improves and everybody realises how good an idea this is.
Key learning: Having the 20k Axie Infinity testflight installed on your iPhone is as big a flex as holding a Cryptopunk.

Ecosystem Aggregators
What’s more risky than developing a game? What about a portfolio of games on a single protocol, utilising shared tokens and developer resources? It makes sense to diversify across title risk, but we’re still not clear on how this model will actually fully materialise. However it’s where a lot of the money is going. If Guilds are the new VCs, then this is a match made in heaven for player groups to buy into a single “gaming platform”. Which ones gain critical mass and actually deliver on their roadmaps is yet to be seen.
Key learning: Land sales, more land sales, and even more land sales. Pre-sales are infinite revenue? This is sustainable, right? No? Ok, let’s launch another game property.

MetaVerse Meccas
These teams were building Mataverses before they were hype, and now that they are at absolute peak hype, everybody wants to go there. But there’s only a few and they’re hardly ready for the attention they’re getting. Crossovers with digital art spaces, digital pfp and avatar projects, and the emergence of open standards for 3D models and interoperability will keep pushing this space forward, but right now you’ll probably be more shocked by what isn’t built, than by what is - with a 1995 like internet experience awaiting you on each login.
Key learning: The open metaverse is still possible, but the road to get there is going to be long and winding.

The Departed (RIP)
These games shouldn’t be forgotten. They paved the way for the rest of us and their failed experiments taught us what’s even possible. Pour one out for these teams… but especially for those still holding on to items and hope. No, NFTS aren’t composable across games and if the devs leave, you’re not doing much of anything with them at all.
Key learning: I’m never ever going to be able to sell my CryptoSpaceCommanders loot am I…

Second Wind Projects
These projects exist as much in spirit as they do in reality. But contradicting my statements about dead games above, as long as a single motivated developer is willing to revive the ethos of a project and breathe new life into an antique NFT drop from 2017 that is covered in a fine layer of OpenSea dust - it’s not quite dead yet. In fact, the older that project is, the more credibility it can command.
Key learning: What is dead can never die - especially on the blockchain.

Games we might actually get to play
These projects got into NFT gaming early, and they’ve had a head start. They’ve been building through the crypto winter and the summer and you know what? They might actually be able to release something fairly polished for us to play with very soon. Good news! Key learning: Good things take time, but for some good things, that time has come.

Wrapping Up
Play to earn, win to earn, play to own, DeFi 2.0, GameFi, NFT gaming, Web3 Gaming - whatever you want to call it… It’s been an amazing time, watching as many years of hard work and development flourish into a thriving ecosystem, and an even more amazing community. If you’re new, welcome! And if you’ve been here a while, then you know better than most that we’re just getting started! I’ll get a post up shortly on what to look forward to next, but until then, onwards to 2022…!

Join us at: http://reddit.com/r/EthGamers for more discussion, and follow me here for more updates: http://twitter.com/AESTHTK