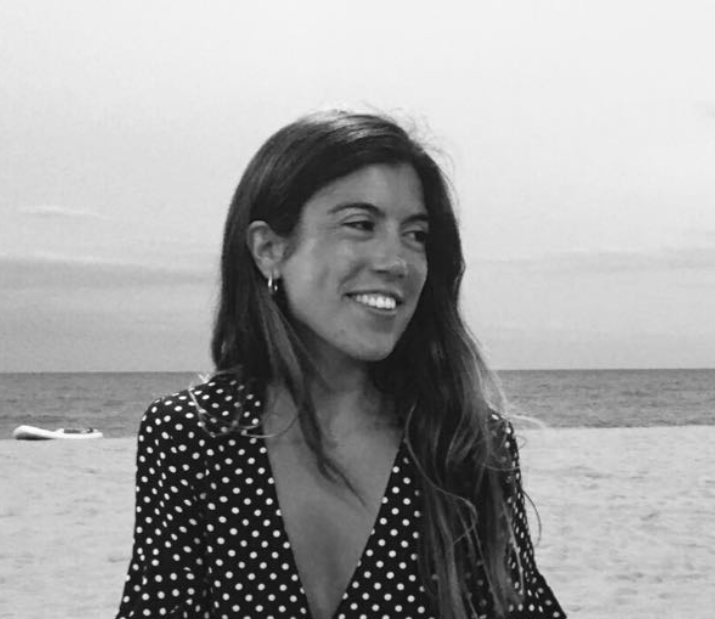 Anna Piñol
annapinol.eth
Why I Chose NFX, Not Once But Twice
0xdc2c
January 27th, 2022

I’m thrilled to announce that I’ve joined the investment team at NFX, where I’ll be looking for new Seed investments in Latam/ US, and working closely with fellow founders in the NFX community.

I could not be more excited to work alongside Pete, James, Gigi, Morgan, Omri and the rest of the NFX team. This is the second time I have chosen to partner with NFX.  I’ve had the pleasure to team up with them since 2019, when they led the Seed round of our company, Jupiter.

As a founder now turned investor, this post is about the type of business partner I commit to be. Also, I walk through my rationale for choosing NFX – again.

(i) On partnering with founders

I have been a founder for the last 3+ years. I know how it feels to hear “No” over and over again during fundraising, and to dissect rejection reasons you deeply disagree with. At times, it’s frustrating to feel the future of your company depends on the opinion of people who haven’t thought about every nuance of your business for even a third of what you have. It’s also hard when you feel they know so little about you.

The best investors I met during my time at Jupiter showed immense respect and understanding of our founder journey, and they weren’t afraid to speak their minds, even if it hurt (thx Dalton, Gustaf, Pete, James, Evan & others). Conversely, the worst investors I met would rather pretend they were interested when they were not, or agree with everything we said, just to keep their doors open. A company can far more easily die from a hundred false yesses than from a few well-reasoned no’s.

That’s why as an investor, I’m very serious about approaching these conversations with empathy and honest, useful feedback. IMHO, honesty is the highest possible act of respect that one can offer to a founder (acknowledging ofc that it’s just an opinion, just one more  datapoint for them to learn from). With this in mind, I commit to try to make each of our convos useful, regardless of the investment decision or outcome.

Additionally, while I’m fully aware of my human limitations, I commit to devote time to develop a unique perspective, keep an eye out for the unconventional, and not be led by fomo, hype, or my own biases. This it’s not only the right thing to do, but also what makes a great investor and partner to you.

Being a founder is hard. There will surely be “No’s”, self-doubt, and sleepless nights… But also incredibly fun moments, learning, and satisfaction. To join some of you on that journey will be a huge honor for me.

(ii) On why I chose NFX, again

Simply, I can’t think of a better place to uphold the above values than NFX, which has always put founders first, through good times and bad.

My cofounders and I first met the NFX team at a Stanford Pitch Competition organized by @MBA fund. A few months later, we chose NFX in a competitive seed round after graduating from @stanfordgsb & @ycombinator. The decision turned out to be quite simple at the time:

Fast forward 3 years, and after having been a NFX Guild founder – through all the ups & downs and Covid pivots– I find myself choosing NFX again. This time as an investor.

Some of the key reasons still remain, but I understand them better now. I summarize them below:

NFX is not your typical VC firm. It’s a firm for builders, by builders. Beyond investing, NFX develops software and content with the goal of helping early stage founders make it to the next stage faster. One example is Guilder, an exclusive social network and content repository for NFX founders, with access to a community of 400+ founders, events, and hours of exclusive content on network effects, growth, Web3, etc. Other (publicly available and free) tools are Signal or The Brief.

As I was opening my mind to the idea of becoming an investor I had to ask myself: in a world in which capital is increasingly commoditized, who offers the most value to early stage founders, beyond just money? Or put differently, who offers founders the best “product”?

Everyone claims to “help founders” – but NFX takes it particularly seriously, with its software products and a full in-house team to unlock insights about your unique  goals for hiring, growth, design, etc. NFX is also solely focused on Pre-Seed and Seed, which removes some of the weird incentives affecting bigger firms investing across stages, where they will inevitably prioritize their larger, later-stage investments.

Through my own experiences and those of my founder friends, I became convinced that NFX offers the best “product” for early stage founders.

As we were building our Company, there were countless times in which we faced problems that we were sure someone should have figured out before us. In those times, we reached out to the community for answers. Often, a conversation with another founder was all it took to solve an issue  - saving us hours of problem solving! I can’t emphasize enough the importance of talking to other founders.

Having access to a community of founders like NFX’s is also important because often the problems you share with your investors aren’t the same you share with other founders. Being a founder can be lonely, and it’s important to find people to share your journey with. NFX understands all that and makes an effort to keep the community alive and thriving.

Finally, over the last years I had the opportunity to know the NFX team better and appreciate their way of doing business. They put entrepreneurs first, because they were entrepreneurs first. They move fast and help you move fast, because speed matters. I fell in love with this culture, and I couldn’t be more proud to join NFX today.

I’ll soon share a post about what I’m focusing on at NFX. In the meantime, if you’re a founder, please reach out at anna@nfx.com. I can’t wait to hear about what you’re building!