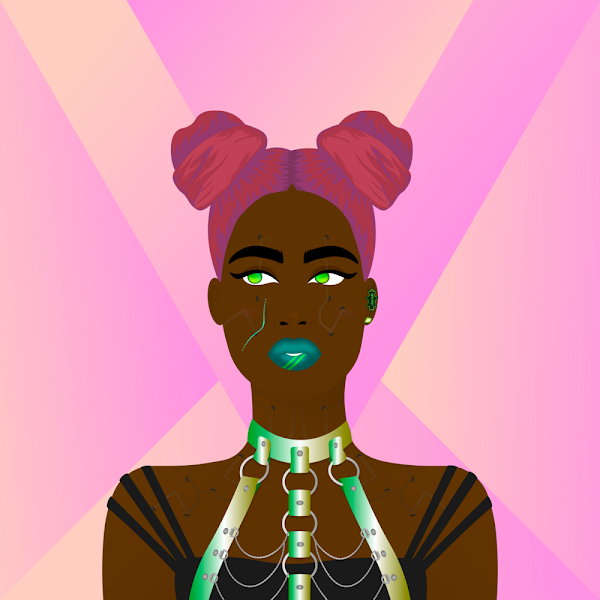 It’s been building for some time - this pull into web3. The land of words like blockchain and DAOs and NFTs and ethereum. Things that felt, on the surface, concerned with all the things that didn’t interest me - speculation, financial gains and games, bro-y in-clubs.

Over the past year though, I’ve realized I’ve been letting the froth inform the function. So I decided to dig deeper. Into the first principles of the whole thing, down to the blockchain and that very first bitcoin paper written by Satoshi Nakamoto.

At first it felt like a run of the mill curiosity. A new challenge, a new way of looking at the world to dig into and understand. I love the brain-bending aspect of trying to squint at words and frameworks that mean nothing and trying to push meaning into their frames. The more I learned the more I wanted to know.

But then, somewhere along the way, it changed. Curiosity turned into creativity. I started connecting dots and talking to people about the implications and I found that my instincts and hunches were on the right path.

And that hunch is this: web3 completely rewrites how we can marry humanity and technology.

We’re still in the infancy of our technological age. One underpinned by bits and bytes. It’s sheer hubris to believe that we’ve figured out commerce and community and governance and everything else in a way that equally honours our millennia of humanity with our couple decades of programming.

It has to be possible that there are better and more fundamentally aligned ways to build community and connections and services without being unduly distorted by an outsized financial profit motive.

Let me be clear - I am an ardent capitalist - believing in the efficiency and power of markets. But for seven years now, I’ve made it my life’s work to solve for some of our most desperately needed solutions for parents and working mothers - childcare and the invisible load of family management.

I’ve chosen to build solutions in a space that is constantly challenged for “scale” and “big exits”. Spaces that can either solve the problem well or make money but not really both.

That’s just another way of saying - we can’t figure out how to make a lot of money off of really critical, nuanced, human challenges. Childcare, family logistics, education … they each are massive challenges and should therefore be massive markets. But the question of “who pays” constantly pushes solutions to pursue the available buckets of money - employers, advertising, affiliates - rather than the best solutions for the end consumer.

It’s simply a function of how web2 evolved with what was possible given the computing capacity and the sophistication of users and devices.

Someone - me - builds a platform like Poppy to connect vetted caregivers to parents that need childcare. To scale, we need to build the playbook of acquisition and engagement and retention. All in a careful dance.

We built it “fully loaded” from an experience POV - pushing to design the full solution that both parents and caregivers needed to have not only a functioning experience but a delightful one. One that made people look forward to giving and getting care - one of the most fundamental actions of humanity.

But there are costs up and down the whole transaction - the finding and the vetting of the caregivers. The building of the tech that connects. The scheduling. The customer service. The trust. The accountability.

All along I’ve believed that the solution lies within the community and that it just needs tech to facilitate it. But what Poppy had to be and grew to be, was a standard 2-sided marketplace that started to feel like another gig service.

When things start to feel more transactional, new costs are introduced - the cost to maintain “community” and “ownership”. You need to start hiring people with titles like “community manager” and setting aside budget for events and perks and rewards.

No matter that they can be successful in moving the needle - it starts to feel artificial.

Regardless of feelings (though I think it’s a leading indicator of things to come), it starts to change the economics of the service “at scale”. We found that so much of the informal childcare market is subsidized by the “goodness” of caregivers' largess, not a care for their wallets. They willingly take less pay than their talents are worth because they know parents are challenged to pay more and working with kids “is their passion”. We see the same for in education and the teachers we reward and in healthcare, with nurses. Really any sector where we need humans to care. The costs are too great and the dollars too few.

It’s bullshit. That it has come to this and that we allow it to persist.

I worked for nearly 4 years like a mad scientist trying to find a way that made business and human sense. At scale. And I couldn’t because the math just doesn’t work - we don’t pay the truly great people enough (and then expect them to pay taxes on their meagre wages) and parents can’t pay a lot more than we were already asking them to.

Over time, the thing I set out to build - a tech-facilitated-village-safety-net that was available and affordable when parents needed it, had to evolve to a 2 sided service marketplace with peak pricing and incentives that parents had to start reserving for the “times they really needed it”.

Eventually though, it became clear that even that wasn’t going to be enough to scale. That we’d need to raise prices even further, or lower the bar to increase supply and lower acquisition costs.

And that was a shift too far.

It was clear that the vision of the future I had in my head couldn’t be built thus.

So I shut it down. And moved on to the invisible load of running and raising a family. And here I found the same challenge - the question of “who will pay for this” leading before “what’s the best solution for this?”.

So others in the space pursue ads or employers or vendor payments to build viable, fundable companies.

Don’t get me wrong - I believe in leading with a clear idea of the business model from the outset. But each of these paths to scale dollars fundamentally compromises what we’re trying to solve.

Ads cluttering the screen bring distraction and noise instead of calm and clarity. Affiliate links undermine the trust in solutions we suggest, always a little doubt of if the referral was bought. Same with vendor marketplaces - aggregating choice when choice isn’t the issue but navigating the choices collaboratively is.

It’s why I’m also often asked: why aren’t your companies non-profits? In spaces where profits are hard to come by, why not remove the constraint?

Because then we’re missing the whole point.

I am a dedicated capitalist that believes in value creation and value capture. That if there is value created, there ought to be a commensurate mechanism to capture that value. That childcare is a talent and value filled profession - certainly as much as being an investment banker or a software engineer is and that there should be “money in it”. Same with the work of the home - it is work, plain and simple. And anything that eases that work or disappears is worth something. Just because we don’t have the right mechanism to see and reward the work is not a failure of the work but of the mechanism.

We haven’t had the right mechanism because the ones of web2 are fundamentally oriented to maximize profit through a narrow lens of value creation and capture.

This is where it gets interesting, at least to me. Web3 promises something fundamentally different.  Building “on chain” - using smart contracts and the blockchain to mediate the flows of actions and capital.

By stepping away from the notion of the central platforms as kings (and they have been kings in this era), we open ourselves up to refocus on the interactions we desire and allow the value capture to occur automatically/programmatically.

I’ll preface all this to say, it’s still so early in web3 that what I’m seeing could all be a theoretical pipe dream.

But my job is not to trade in certainties.

My job is to invent the future using whatever technologies might be available.

And right now, the reason I find myself getting obsessive over the first principles of cryptocurrencies and tokens and the blockchain is that I see an entirely new order.

One that values and sees and honors the contributions of the people that show up and do the work. Where there quite literally are receipts that get people paid. A system that works for the many who exist on the fringes of what our economies reward today. A system that can reinstate values like compassion and wellness and spirituality and a broader/more robust definition of productivity and “success”. A multidimensional incentive system to reflect the multi-dimensionality of humanity.

It’s been widely acknowledged that web3 will benefit those overlooked in our existing world order. But it isn’t who I used to think it was. Sure there are the gamers and the crypto speculators and even the scammers. (While there are humans there will always be the scammers).

Women. Women will benefit from a new order that rewards community and contribution. Creativity and care. When we give women the power to design systems that reward showing up, doing the work and yes getting paid, I think that’s worth digging into more.

So yes. It’s a whole new world. One that still has more questions than answers. But I’m looking past the froth of the NFTs and the money and the fads.

Into the heart of the matter. And it’s thrilling.