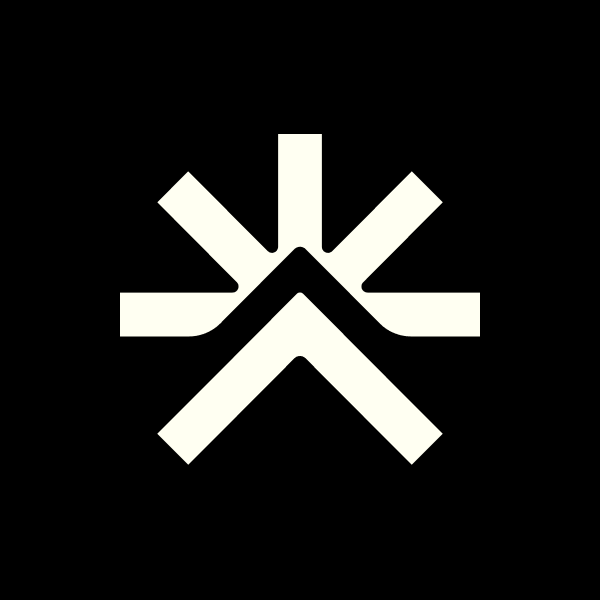 Ever had a boss that told you what to do? Well, chances are they had a boss who did the same. And above them? Yet another boss, handing down instructions like Yahweh to Moses on Mount Sinai.

The chain of command starts high, and trickles down to the employees below, like a Pyramid.

In a hierarchy, it’s bosses all the way up.

In defence of hierarchies

Don’t kick me out of web3 for saying this, but…

Yes, sometimes the top of the Pyramid accrues too much power, authority and decision-making ability. But, there’s a reason they’re the most dominant organisational framework.

Hierarchies are one of the best ways to ‘efficiently pursue and accomplish specific, well-defined ends, such as producing goods and services…in which the problem definition, solution, and implementation are clear’ (David Ehrlichman, Impact Networks).

If there’s a well-defined and repeatable way to achieve something, adopting a Pyramid management structure might be a good way to go, even if that thing is complicated.

What do we mean by complicated?

Take organising a wedding, for example.

It’s a logistical nightmare to find a date, venue, outfits, catering, flowers, and conjure up a seating plan that doesn’t cause a punch-up between Uncle Tony and your third cousin, but it can be done by following a process.

You can map out and understand all the moving parts, and work through them systematically. That’s complicated.

Should DAOs be Pyramids?

What does decentralised real estate have to do with gaming or building networks?

Well, each one is focused on solving complex problems.

Unlike complicated problems, complex problems are tricky to define, and lack a clear solution that can be found by following a predefined process.

Reducing poverty, creating a more equitable economy, and improving healthcare are examples of complex problems. They have no singular, readily-identifiable solution. They can’t be solved by one organisation or individual deciding on the best path and instructing others to execute their ideas.

Chances are, taking a hierarchical approach to any one of these would fail, because often, this approach centralises power, information, ownership and decision-making.

So, If DAOs are to solve the complex issues we hope they will, we’re going to need a different organisational structure - one that encourages collaboration and experimentation between groups of people with diverse experience, viewpoints and skill sets.

If a hierarchy is a rigid Pyramid, fixed and unchanging, a heterarchy is an undulating Ocean, where ephemeral decision-making structures rise organically from the organisation like waves, falling from crest to trough when they are no longer needed.

Pyramids are designed. Oceans are emergent.

Pyramids have a single apex. Oceans have countless waves.
Instead of a single, unchanging chain of command, flowing from top to bottom, a heterarchy is an ever-changing structure of multiple hierarchies, each of which has authority and decision-making power in a specific area, depending on need.

You may ask, ‘If a hierarchy isn’t the answer for DAOs, aren’t multiple hierarchies even worse?’

Counter-intuitively, having multiple hierarchies results in completely different behaviours…behaviours more fitting to solving the complex problems that DAOs are addressing.

Instead of power gravitating to a single branch of the organisation, authority is distributed between a flexible network of actors, reducing the likelihood of domination by any one person or group.

James A. Ogilvy used the game of Rock, Paper, Scissors to explain these power dynamics. Rock smashes Scissors but gets smothered by Paper, which in turn, is cut to ribbons by Scissors. This circular logic prevents any one party from becoming too powerful.

In this new game of DAOs, Ocean beats Pyramid.

How do heterachies work in DAOs?

Rather than a group of individuals at the top of the organisation with ultimate control over the direction of the DAO, groups may form organically in response to specific issues or areas of interest.

In the Oceans of heterarchy, the leaders act as facilitators, defining the mission and values clearly so that the community can understand them and reflect them through their actions.

Instead of centralised decision-making, DAOs are pushing decision-making power to groups on the edges. They have the most context and expertise, and often, the decisions made impact them the most. With more to gain or lose, they’re more invested in finding the right solution.

So, who makes the decisions? That depends on what the decision is. If it affects the whole DAO, then seeking consent across the whole community may be a good approach. But if it’s a decision about Product or Marketing, those decisions should be made by the respective teams, not by a single, static authority who may lack the context or expertise to make the right call.

When DAOs favour Oceans, they can explore and experiment together without needing to seek instructions or approval from the almighty peak of the Pyramid. This results in more variety and exploration than in a hierarchy - who knows how many promising initiatives have been shut down because the figures at the top didn’t believe in or understand them?

When DAOs choose heterarchy, ideas emerge from bottom-up conversations between trusting community members, not top-down instructions handed down from manager to employee.

So where are all the Oceans?

Heterarchies may sound great, but not many DAOs act like this in practice.

It’s not through a lack of desire, but because the tools we use encourage hierarchies over heterarchies. It doesn’t matter how badly you want to swim in the Ocean if someone plonks a Pyramid on your head.

So, let’s enter the realm of the ultimate top-down Pyramid preventing DAOs from reaching their potential, Discord.

The top-down nature of Discord:

Building a ‘web3 Discord’ will only perpetuate these problems. DAOs don’t need another Pyramid, they need a platform that encourages Ocean-like behaviour - one where it’s easy for community members to come together to contribute and decisions can be made quickly by those who have the most context and expertise.

We believe Avenue is that platform.

Avenue is the work layer of web3, where anyone can collaborate to move their DAO forward.

DAOs can use Avenue to harness the power of their community and go from relying on a core team of 10 to a network of 10,000 passionate contributors.

If you feel like Discord isn’t the right tool for your community, then we want to hear from you. Apply here to join our beta programme and get the first look at what we believe will become the de facto collaborative platform in the web3 space.

Written by Nelson Jordan, co-founder of Avenue, with many thanks to David Ehrlichman, author of Impact Networks, for inspiration and feedback.