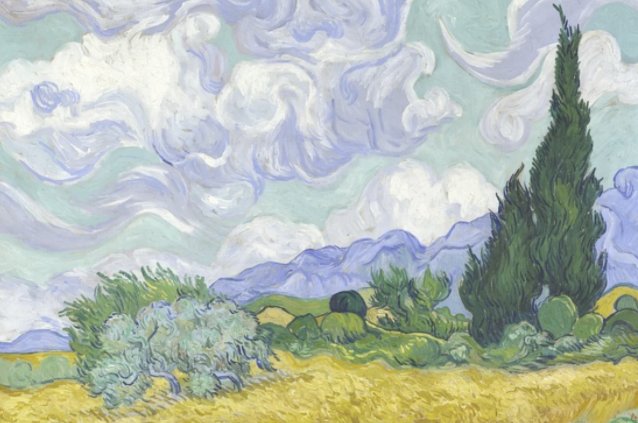 The Goblintown project is very similar to Mfers in that it has no dc and no roadmap. The outbreak of Mfers reflected the new era of squatting in front of the computer daily state resonated with the circle, so it was owned with a self-deprecating gesture and spontaneously powered for the community. The explosion of Mfers came from the crypto community resonating with the state of crouching in front of a computer most of the time, so they owned it in a self-deprecating gesture and spontaneously powered the community.

Compared with other projects, Goblin started with free MINT, which looks like a very ugly chart, but unexpectedly exploded overseas, and the volume continues to occupy the top of Open Sea, what are the advantages of this project? What are the risks? What are the points of concern?

The project is very well produced, with a distinctive hand-painted style. Those who like it love it, those who don't think it's "ugly to the core" - but even those who think it's ugly still find it impressive.

As for the artistic standard, overseas internet celebrity@ty_duperron wrote a tweet detailing the high artistic standard of the project, the content is convincingly justified, and he is also the chief technical officer of the virtual image company @TaFIand the NFT and 3D content software @daz3dwith millions of users.

He mentions @goblintownwtfperfect execution of artistic standards, including tonal consistency, exquisite yet exaggerated doohickeys, unique contours，etc. Some of the 1:1 images (see comparison chart later) are quite reflective of merit when making adaptations. He believes that this consistency of originality gives the work artistic weight and depth.

He says people can recognize the difference between original art and copycats in seconds, and points out that this is the reason why BAYC, DOODLES and Azuki artistically hold up, while other projects like ZIPCY don't.

The author also lists 2 "figure dogs" from the above original work as a comparison.

He also cited other official elements, while arguing that the project was very well executed in terms of overall artistic style.

He then emphasizes that it's actually hard to be ugly or grotesque, especially for Europeans and Americans, who are used to Disney's "training," so the author considers @goblintownwtf style to be "an impressive feat.

In fact, the researchers found that the project did manage to impress everyone who observed the project with the goblins - whether they thought they were "super cool" or "too ugly"

Goblin website presents its unique style, through a cool animation and "Goblin language" dialogue between two goblins to present the atmosphere of the whole village, very unique, very cool.

At the bottom of the website there is a photo frame next to the label FAMILY, after clicking on it, the team page will pop up, but we can't get a glimpse of which team members consist of which, generally speaking, anonymous projects will seem less friendly, but when people are tired of celebrities and big names failing, projects with a unique style become a little more pleasing.

Different from the mainstream NFT project, this project does not have a roadmap or even a DC, the project seems to want to make a meme-type NFT without a community without a route or a utility, and this brings more suspense and attention to the project.

Officially a ritualistic voice SPACE, everyone was speaking "goblin" in a weird voice, sounding like a party of lunatics - one of the audience members spoke to ask about the roadmap or something and was rudely interrupted, while in the community people were even cheering for the interruption so as not to ruin the atmosphere.

The Goblintown project is using "Goblin" in all its channels, even in the Twitter space, including the latest poll, which people need to decipher.

The project's various practices reveal a higher level of marketing and better results, and in the days following the release, it was the best performing NFT project on the ETH chain.

The project made free mint public on the night of May 20th, but it wasn't until May 21st that free mint sold out within an hour of being mentioned by @mdudas, the founder of linksdao, and OS trading volume shot up to over 30 ETH.

Subsequently, many people began to speculate about the background of Goblin's team, and some even thought that Goblin was a secret project of Yugalabs based on some clues. Under the real and fake Mo Braid, various retweets made the project's popularity start to rise. The floor came to 0.1ETH on the same day.

At 4:00 on May 22, the official tweet denied that yugalabs were related, and then suspiciously admitted that @steveaoki was the founder of Goblintown.

@steveaoki is a DJ with 8.25 million fans, musician, and is the highest grossing electronic dance music artist on tour in North America, and also released the A0K1VERSE Passport project, which currently has a floor of 0.149 and a total trading volume of 148, with a pre-floor peak of 0.8E and currently trading extremely shrinking.

And there are 12 1:1s in the entire NFT collection, of which #5948 and @steveaoki do have some resemblance.

This made the floor price of Goblin soar to 0.18, and the trading volume was rapidly amplified, FOMO sentiment and consensus were accumulating, and all kinds of vivid emojis began to spread rapidly (foreign NFT circles have a wide use of emojis, motion pictures, etc.).

However, based on our research, we can confirm that the project is more of a "clever" marketing effort, as we don't find any goblin-related content on @steveaoki Twitter feed.

And, six hours later, the official tweeted the same format, claiming to be not @steveaokibut @Beeple (a legendary NFT artist whose single NFT sold for $60.25 million at Christie's)

This may be a good marketing approach, but the values it embodies are worth thinking about.

In addition to this, the official also set up a number of "mystery eggs" NFT unopened figure, currently in the OS people gave an offer of 7. The official Twitter constantly updated relevant tweets, stay suspense set, foreshadowing the egg will have some special story can be told.

So far, the official Twitter feed has been extremely active, with nearly 600+ tweets published from the time the first tweet was sent on May 18th to the time I wrote this article on May 23rd, an average of nearly 100 tweets a day.

First look at the overall transaction history, the highest price range to about 0.8-1, 0.5 is an intensive changing hands range.

According to NFTGO data, the current project blue chip index is 25.74%, and it continues to grow in the few days it has been online, with BAYC and Monkey Land having the most holders, followed by Moonbird, as shown below.

Overall, this is a project with a distinctive artistic style and brilliant marketing tactics. Unlike traditional projects that buy fake Twitter fans, engage in big lottery retweets, and DC engage in bots, the project owner did not use these tricks but gained a high market fever, which is a rare and excellent case in the context of the bear market.

In particular, the recent NFT explosion in the solana chain has led NFT players on the ETH chain to expect an ETH chain project to boost morale, and perhaps an opening that funds are eagerly seeking.

In terms of the project's overall marketing, the suspense, the story, the original art and language, etc. are worthy of continuous follow-up.