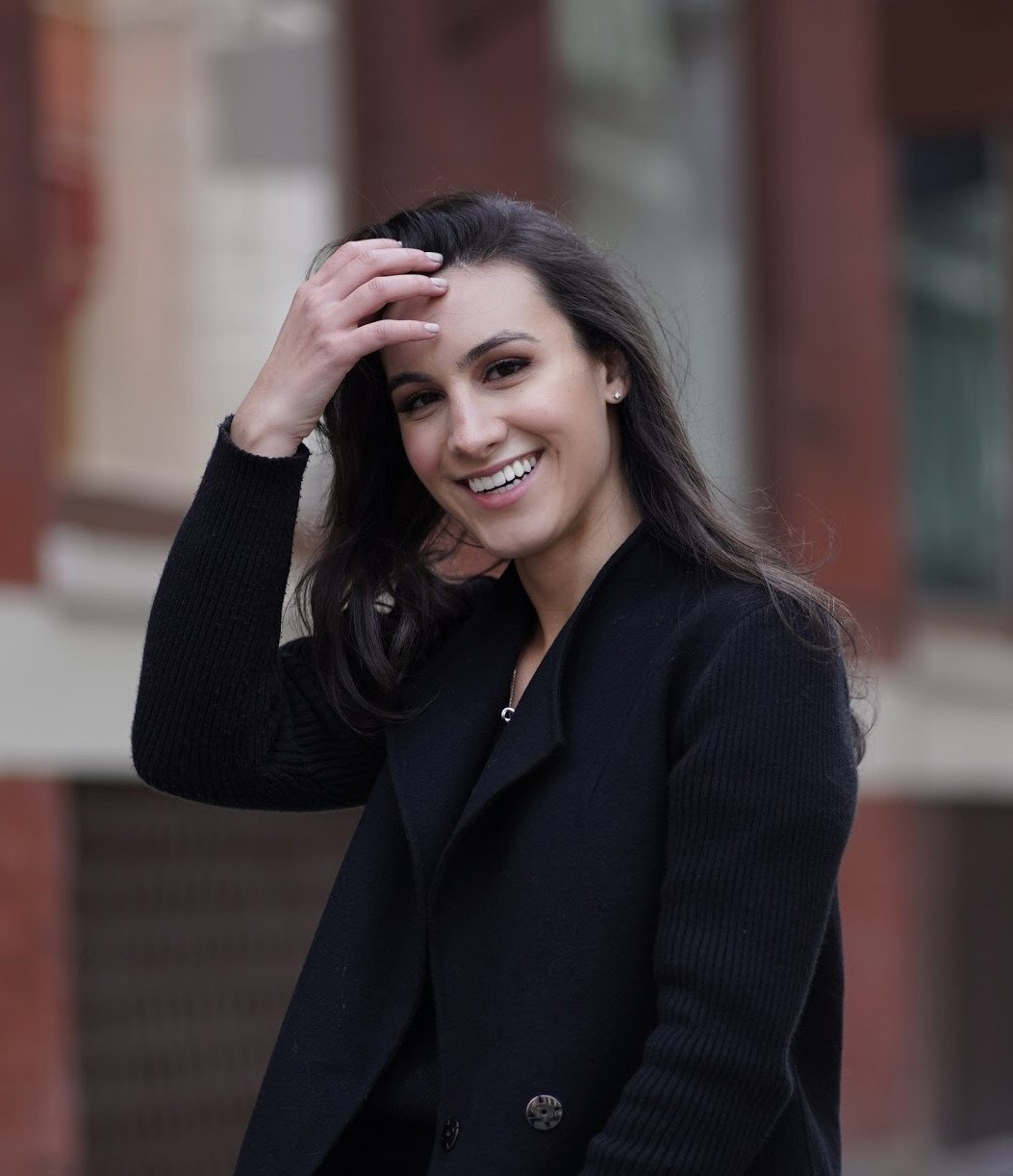 Over the past few months, it’s been nearly impossible to walk away from any tech conversation without the mention of blockchain, crypto, and the overarching future of Web 3.0. Like many of you, I have been trying to piece together what the future of Web 3.0 looks like and why it should demand our attention. With every passing day, it seems that the Web 3.0 landscape is shifting in a new direction. As such, I wanted to lay out the basics of Web 3.0 for those who are early in their discovery and analysis of the subject.

As you step through the concepts and fundamentals of assets in Web 3.0, you’ll continuously find yourself learning about the elements of security, including the hopes for blockchain to facilitate secure and autonomous transactions. Despite security being crucial to the adoption of blockchain, decentralized insurance continues to be a niche market within the Web 3.0 ecosystem. As the market continues to expand, transaction volumes increase and adoption continues to skyrocket, the dynamic protection of all assets and tokens on the blockchain will need to mature in order to appeal to more institutional players. In Part 2, the Distributed Ventures Team and I will be exploring how Web 3.0 is accelerating innovation in Insurance and, more specifically, our thesis that DeFi Insurance is going to be the next large pillar of Web 3.0.

To set the stage, there are over $5.1B people across the globe participating in Web 2.0 (i.e. the world wide web as we currently know it), with over 3.5B google searches and 2.5 quintillion bytes of data being created on a daily basis. While it’s impossible for us to contextualize how much data is being consumed, shared, and created within the web, it’s clear that the current web architecture is inefficient from a data collection, storage, transfer, and security vantage point. In a Web 2.0 world, we, as individuals, are not the gatekeepers to our own data. On the contrary, we’re constantly attempting to verify who we are in order to access our bank accounts, social media accounts, emails, and other data sources that are inherently ours. In essence, Web 2.0 is exceedingly centralized, with a handful of companies owning the majority of our data. The first true paradigm shift in the architecture of the internet, what is currently being coined as the Semantic Web or Web 3.0, aims to solve the disjointed web architecture. Web 3.0 is removing third parties and allowing individuals to be the owners of their data and social footprint via decentralization, artificial intelligence, and edge computing.

The first iteration of the web (known as Web 1.0 and coined by Tim Berners-Lee in 1989) was a read-only, static system. In other words, the web only provided content to the consumer. Web 2.0 (coined by Darcy DiNucci in 1999), on the other hand, was associated with the rise of social media platforms and is referred to as the Read-write, dynamic version of the web as we know it today At its core, Web 2.0 marked a change in how users were leveraging the internet, where individuals were now contributing content and were interconnected across the globe. Some of the core issues plaguing Web 2.0 include insufficient authentication controls (causing passwords and sensitive information to be easily hacked), lack of privacy, and risk of fraud, amongst other core issues.

Enter Web 3.0. The Semantic Web (e.g. Web 3.0) was built as a direct response to the systemic issues found in Web 2.0. Unlike the shift from Web 1.0 to Web 2.0, Web 3.0 is altering the back-end of the web into a database, whereas the front-end user experience has been the key focus of innovation across the web since inception.  With Web 3.0, users will be able to trade information, goods, and services, without the clunky, disjointed nature of an intermediary and centralized gatekeepers. Most importantly, Web 3.0 creates a trusted system in which each individual does not need to explicitly confirm their identity (via usernames and passwords) as the system runs on each individual having intrinsic, tamper-proof ownership of their identity and data. This revolution allows for the advent of truly data-centric marketplaces and can alter the way in which business models are created moving forward.

“Web 3.0 enables a future where distributed users and machines are able to interact with data, value and other counterparties via a substrate of peer-to-peer networks without the need for third parties. The result: a composable human-centric & privacy preserving computing fabric for the next wave of the web.”

Connecting the Dots: How are Blockchain and Web 3.0 Interconnected?

Prior to cryptocurrency, Web 3.0 was viewed through the lens of AI and machine reasoning becoming ubiquitous and information being interconnected into a global database, without a tactile solution to achieve this vision. In Tim Berners-Lee’s proposal for the Semantic Web in 1998, he even mentions a “system which can express and reason about relationships across the whole range of public-key based security and trust systems.” While the vision for Web 3 was around since the inception of the WWW, the true bridge from Web 2.0 to Web 3.0 is Blockchain. With blockchain, we can create a truly decentralized, peer-to-peer database of information to replace the current centralized, tamper-prone version. In layman’s terms, blockchain allows us to collectively manage our data instead of the siloed, disjointed data storage approach we have today.

How Blockchain Works and Uses Cases in Web 3.0

At its core, blockchain is “a giant spreadsheet for registering all assets (and data)" (Anders Brownworth, MIT) that is immutable, distributed, and secure. To set the stage, the core steps of a blockchain transaction includes the following:

If you’re interested in a very succinct explanation and visualization of blockchain transactions in action, learn more here.

Although it’s clear that blockchain will continue to be the underlying technology of web 3.0, how exactly is it being applied today? A few of the key ways blockchain is being applied in Web 3.0 today includes Digital Assets (e.g. Cryptocurrencies) and Tokens, by way of smart contracts.

How Do Digital Assets Work?

The concept of cryptocurrency as a substitute for fiat currency (i.e. legal tender backed by a government or central bank) began with David Chaum in the 1980s. However, it wasn’t until 2009 that the first decentralized cryptocurrency, Bitcoin (BTC), was created by pseudonym developer “Satoshi Nakamoto”. Since then, other popular cryptocurrencies have entered the arena, including Ethereum (ETC), Tether (USDT), Ripple (XRT), and Solana (SOL).

What is Cryptocurrency and Why Is it Used?

Cryptocurrency, also known as digital currency, digital assets, and virtual currency, is a way to store and exchange value electronically.

There are almost 13,000 different cryptocurrencies in the world at the time of writing this. In an effort to be succinct, we’ll highlight three core cryptocurrencies that we think you should know: 1. Bitcoin, the crypto with the highest market cap, represents double the market cap of its closest rival, Ethereum, 2. Ethereum, the crypto that introduced executable code, and 3. Solana, one of the fastest processing cryptos to date.

Bitcoin Fundamentals and Use Cases

Ethereum Fundamentals and Use Cases

Solana Fundamentals and Use Cases

“Here’s how Proof of History works: The Solana data structure chains messages together. This provides a cryptographic proof of the relative order and time of each message in the historical record. This allows the network to ignore local clocks and gradually accommodate all potential network delays as the data structure is eventually delivered and re-assembled. This is why Solana is able to push the limits of confirmation times so that the network provides as effective of an experience as a centralized system without sacrificing security or decentralization.”

In essence, Solana uses a combination of Proof-of-Stake and Proof-of-History, making it a unique hybrid consensus algorithm that enables Solana to be much quicker than its PoS counterparties while allowing the blockchain to remain secure and decentralized.

dApps Fundamentals: DApps, or Decentralized Apps, are applications built on blockchain that merges smart contracts and a frontend interface. dApps provide functionalities that are akin to typical consumer apps yet are decentralized and peer-to-peer in nature, removing the need for a middle man (“Why pay for a company to provide a ride-sharing service when you could use an app that connects you to the riders and doesn’t take a cut?” ). All dApps must run on a protocol and have a consensus mechanism associated with them (e.g. PoS, PoW). Some benefits of dApp development  include:

Some examples of dApps include Polygon (MATIC), UniSwap, and ChainLink.

DeFi Fundamentals: DeFi (i.e. “Decentralized Finance”) is an umbrella term for any financial application that is disrupting financial intermediaries. DeFi applications are built on blockchain, with the majority being built on the Ethereum network (DeFi Accounts for ~90% of all Ethereum Transactions). Currently, the most popular DeFi applications include the following:

DAO Fundamentals: A DAO (i.e. “Decentralized Autonomous Organization”) is a blockchain-powered network that allows individuals to make governance decisions in a transparent, democratized, and streamlined way. By having a stake in a DAO, individuals can use their voting power to decide on the organization's future, including how to manage processes, roadmaps, assets, and future projects. Applications of the DAO can range from something as simple as pooling capital amongst friends to purchase an investment property to something as complex as managing the funds and future projects within a city. The most popular DAO’s today include Uniswap and Maker, both of which we have described above (You can find a full list of all the DAO Tokens arranged by Market Capitalization here).

NFT’s/ Collectibles Fundamentals: An NFT (i.e. “Non-Fungible Token”) is an authenticated token stored on a blockchain that is unique, as opposed to fungible assets, such as Bitcoin, commodities, and options. In many ways, NFTs are akin to “certificates of authenticity for digital artifacts”. Some of the core use cases of NFT’s include Collectibles (e.g. Sports Trading Cards), Digital Art, Membership (e.g. Exclusive rights to “membership only” events and merchandise), and Gaming (e.g. In-game elements or items that can be exchanged), amongst others.

What is a Token?

Tokens are units of value built on top of existing blockchain networks (e.g. Ethereum, Bitcoin). Unlike coins (which are considered currency ), tokens are programmable assets that allow for the execution of smart contracts. For example, the Ethereum blockchains native token is ether (ETH) while DAI is a crypto token built on Ethereum’s blockchain that allows for permissionless trading, borrowing, and lending. The core types of tokens and their use cases, as highlighted by MakerDAO, include:

Smarts contracts are similar to any binding contract created in the non-digital world, yet the main difference is that they are a self-executing digital code that results in a transfer of value once certain conditions are met (i.e. a smart contract can issue ETH as soon as a user solves a puzzle). By creating a binding smart contract, users are able to create secure transactions with anonymous parties without the fear of fraud or bad actors not delivering on the promised services, as well as not having to deal with an intermediary to arrange and profit from the transaction.

Given the ongoing challenges surrounding security and asset protection, we think the next big frontier will come in the form of Dynamic Protection, which commands its own research. Stay tuned for our follow-up blog piece.

A very special thank you goes out to Michael Peri for helping me piece together this primer. Stay tuned for his take on Dynamic Protection in Web 3.0 in Part 2!

If you’re interested in reading some of the most useful Web 3.0 resources that we’ve come across, check out our Web 3.0 Resource Repository. This is a living, breathing repository, so feel free to send along any additional resources that you’ve found useful in the space.

Lastly, if you’re a founder working on a Web 3.0 project, we’d love to hear from you. Reach out to me at carolina@distributedvc.com.