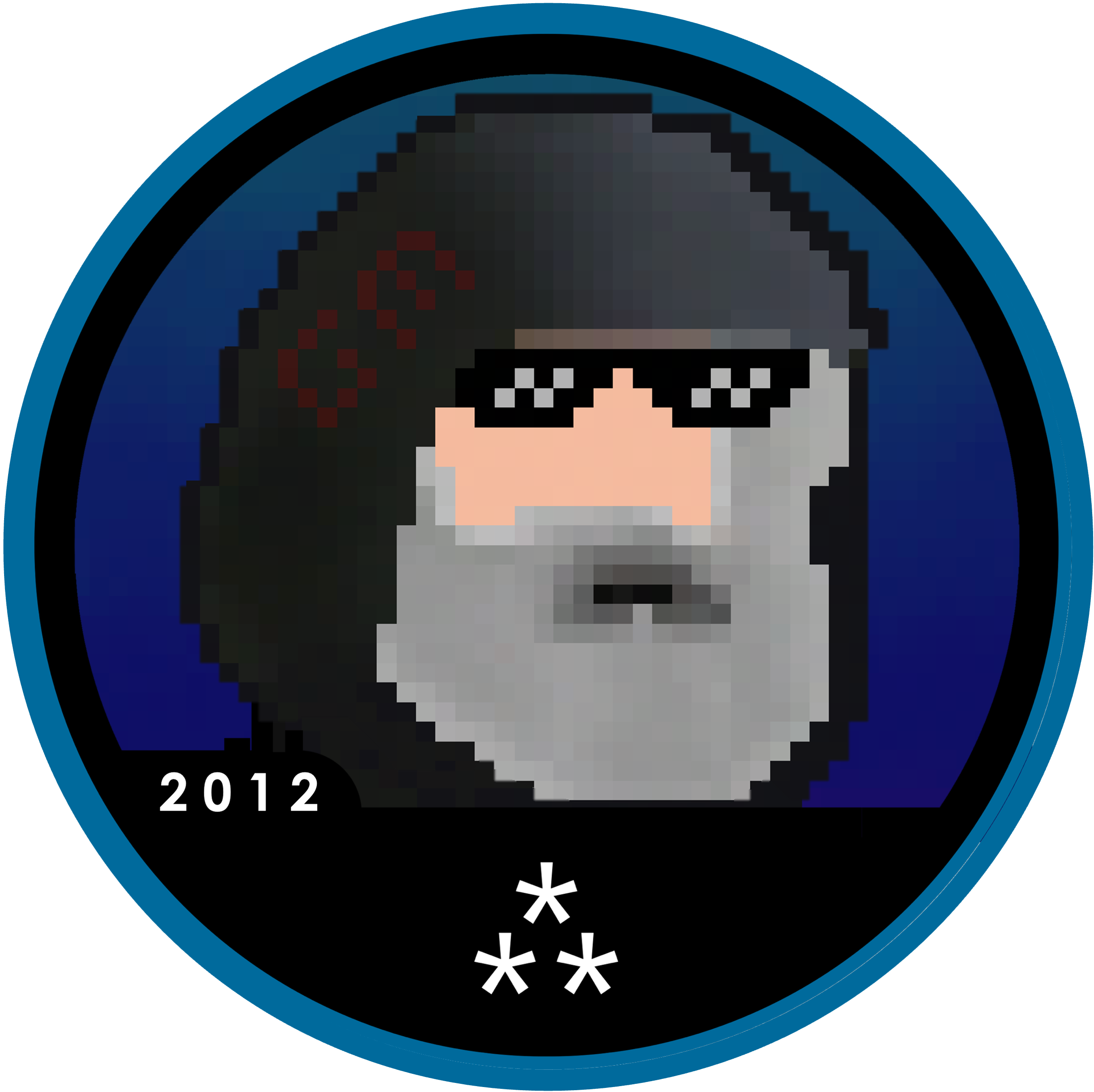 Debate on Namecoin NFTs focuses on the “token” aspect of non-fungible tokens.

Namecoin assets are non-fungible and they are ownable, transferable tokens. There is not much debate on this definition specifically. Vitalik Buterin, the founder of Ethereum, referred to Namecoin NFTs on the first page of the Ethereum whitepaper (he used the term “non-fungible assets” but bear in mind that the term “NFT” was only adopted in 2017).

The fact that Namecoin NFTs are the first NFTs is mostly accepted. The bigger debate is about their expiration. Yes, Namecoin domains expire after ~9 months if the owner does not renew them.

Some argue that if you have to renew your NFT, this feels like renting and does not represent real ownership which is what web3 is about.

This analogy would be false, as Namecoin NFTs provide the owner with complete ownership. Unlike renting, the decision to continue the ownership solely relies on the owners themselves. The renewal is akin to paying an extremely low infrastructure tax to the miners for the maintenance of the network (not unlike the tax you pay for the house you own, which would be taken away from you if you don’t pay it). As of this writing, 50 years of renewals cost ~$1.

What happens to Namecoin domains when the domain name ownership expires and gets re-registered after a while?

Namecoin is designed around domain names, but when a domain name gets registered the first time, it is represented by a particular identifier (UTXO design) to allow its trading. The chain of these identifiers (UTXOs) can be considered a special coin, which we will call a “colored coin” in this article. Rhea Myers extensively wrote about Namecoin’s UTXO design here.

When a Namecoin domain expires, the colored coin becomes unspendable. In practice, it can be called “burnt”, because when the domain name is re-registered later, a new UTXO chain starts. This would mean that when a domain name expires, the chain of events where that domain was represented breaks. During the re-registration, the Namecoin protocol does not make a distinction between a never-used domain name and a previously expired domain name. This fact may support the argument that the expiration is philosophically burning the original token.

On the other hand, as mentioned before, Namecoin is designed around names. Names are unique identifiers themselves and they function that way immutably in a cryptographically secured blockchain. The history of the unique name, previous updates and transactions remain on-chain, as is the case with blockchains.

This domain-first design can be seen not only in block explorers but also in functions to utilize the domain names. There’s a built-in RPC method since the beginning of Namecoin called name_show which returns the information about the domain name even during the expired period. This function does not return anything for never-registered domains.

In fact, an expired domain can still be functional. When expired, Namecoin Core will still have the name and return its local state with name_show (just indicating the expired status). If the resolver setup accepts it, the domain will still work. Similarly, expired “id/” names in Namecoin still work as logins, which indicates the usefulness of the name_show function.

As mentioned in the original article, “token” is an abstract term. In Namecoin’s context, it is better to offer all interpretations of the terms “token” and “asset”.

Interpretation 1: “The token is the colored coin, and that is the asset. Names may be unique but they are cryptographically represented by tokens and only that representation matters. Since a re-registered name is assigned to an entirely new colored coin, the provenance from the earlier UTXO chain is broken, therefore this is a new asset and cannot claim historical value.”

Interpretation 2: “The token is the name, and that is the asset. Namecoin is designed around names where names are the main unique identifiers. This is supported by the technical design when you do a typical name transfer or assign a value field to the name. These are all visible on-chain. Further, when the name expires, the data of the name remains on the blockchain. If the blockchain is designed around names and their whole history is on-chain, when the name is re-registered you are simply reactivating the old token, therefore provenance is not broken.”

Interpretation 3: “The token is the colored coin because it is a cryptographic representation of the name. But the main collectible asset is the name itself and these names have their own provenance because Namecoin is designed around names as unique identifiers. A name’s history and UTXO assignments are all visible on-chain. This is further proven by the existence of name_show and name_history RPC methods. Therefore when the name is re-registered, the new colored coin (UTXO chain) can be assumed as a new NFT, but it represents the old decentralized collectible asset which was intact and ownable since its birth.”

This third interpretation separates the record into multiple parts:

According to interpretation #3, if “NFT” is a cryptographic receipt of ownership, then re-registered Namecoin NFTs are “new” receipts of ownership for the “old” blockchain assets. If you recently re-registered a Namecoin name; you minted a new token to own an old asset. Not a tribute, not a replica; but the actual, old, collectible asset.

Part of the debate specifically arises from the term “non-fungible token” itself, which should not limit us if we are aware of the point of NFTs.

So far, the focus has been technical, but there is more at play when we consider the ethical, philosophical, and legal angles. These angles are more subjective but they are worth talking about.

The 2021 NFT bull run convinced a lot of web3 participants that web3 is a paradigm shift and that the ownership philosophy will never be the same. Proponents of this view are strictly pro-CC0, accept the blockchain as the ultimate source of truth, and care much less about the arguments outside the blockchain (even legal arguments).

Critics of this view argue that blockchains can bring a lot of value to creators and collectors but physical, ethical, and universal truths cannot be ignored.

The conflict between Larva Labs vs v1Punks reflects these two distinct opinions. Larva Labs as the original creator of the CryptoPunks had long argued that the buggy v1 contract did not represent their genuine artworks (artist declaration & intention). In contrast, v1Punks owners argued that blockchain timestamp reflected that v1s are the original punks.

Ignoring blockchain technicals; if an artwork is created on Namecoin by a creator, then expires, and then gets re-registered by the same artist, philosophically speaking the provenance remains.

This is fairly agreed on; but what if an artwork is created on Namecoin by a creator, then expires, and then gets re-registered by someone else? Here the camps are again split with different interpretations.

It gets more complicated when the artwork is not on-chain like Punycodes or Damselfly but instead linked to a file in an external server where the original creator has control. Because in this case, we are already taking off-chain information into account. What is the asset? Is it the off-chain file, is it the domain name to which the link is attached, or is it the colored coin that corresponds to the domain name?

The philosophical and legal side of the debate turned into a lawsuit for Kevin McCoy’s Quantum where there are even more interpretations than the ones outlined above. The wording used in the initial minted NFT and the sale of the Quantum re-minted on Ethereum make this specific debate even more complex. Due to this complexity and lack of legal knowledge on my part, I will not go into further detail on Quantum in this article.

Perhaps there is a way to achieve ethical provenance. Recently Punycodes community (a fairly large one thanks to the fair distribution during rediscovery) was able to find the original creator of 966 Punycodes. The creator was a known artist, halluciphile, who had also created (or contributed to) 15 Rare Pepes, 12 Mafia Wars, 7 Bitcorns, and 19 Kaliedoscopes in the past. Punycodes community rallied around the artist and gave him a warm welcome. Punycodes DAO immediately made halluciphile a DAO member (membership cost ~1E at the time), gifted multiple Punycodes from DAO wallet, and committed to assigning a substantial part of the royalties when Punycodes own vault contract would go live on Ethereum (this is dependent on the development work of a 3rd party service called Emblem Vault). Meanwhile, halluciphile expressed happiness that his work found a new life with a large community.

Similar manifesto announcements are being planned by other Namecoin communities too. Perhaps by combining the works of the original creators and marketing efforts of the larger communities, Namecoin NFTs can find peace from an ethical and philosophical perspective too.

Debates of semi-fungibility, collectibility, or ownership expiration are less meaningful and more semantic, considering how arbitrarily we landed on the term “NFTs”. As mentioned in the original article, almost all historical NFTs have some level of semantic debates, but the spirit of the entire NFT movement is “decentralized collectibility”. As long as a collectible asset satisfies the criteria of “being ownable in a decentralized way”, they qualify and contribute to the NFT movement.

One can only hope that with mass adoption, we can move on from the confusing “NFT” term to a less confusing “Decentralized Digital Collectibles” or “Blockchain Collectibles”.

Special thanks to Rhea Myers, XCPinata, Daniel Kraft, Casey Rodarmor, Doggfather, and many others who provided feedback and contributions while I was working on this article.

If you’d like to learn more about these early collectibles, I highly suggest 0xSchatz’s oldnft.com website. I have no financial or administrative relation to the website, I only provided feedback & data to 0xSchatz when asked.