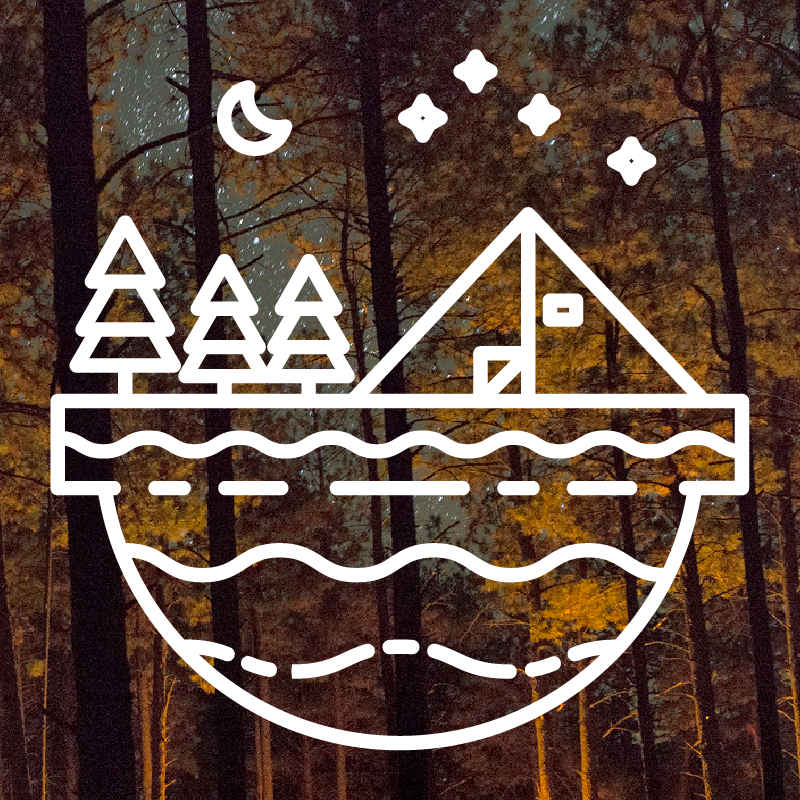 A short story written from the perspective of a $CAMPer arriving to a $CAMPus in 2030, in a future that’s starting to work for all of us. The first in a series of speculative tales from around the $CAMPfire written by our $CAMPers.

It is in our blood and bones to sit in the dark. We stare at the fire, listening to the drums. The drums resonate with the earth. Our feet feel them. Is this the drumbeat from now? Or the drumbeats from our ancestors 10,000 years ago? Standing in the dark, within the stars, seeing only the glint of other human eyes across the fire, this could be any time. We become timeless at the campfire. Future, present, past, they lose their grip on us. Time becomes a wave. Continuous. Unbroken. Here, at the campfire, we can create anything. We can remember our futures. We can forgive our pasts. Is there anything so timelessly human, so humbling and embracing of our universal sense of belonging, than being welcomed in from the dark and cold to warm our hands and souls at the fire?

When Ollie Williams arrived at the one of the first $CAMPuses in Yuhaviat territory, they weren’t surprised to find things prepared for their arrival. An autonomous ground shuttle awaited them at the curb next to the velopad, picking up Ollie up from the library parking lot in the closest town to the $CAMP, and they were quickly on their way to back to the $CAMPus - one they had never had the chance to visit before..

Ollie asked the shuttle to drop them off so that they could walk into the main $CAMPus on foot. Somehow, it felt more natural - a smoother transition from the bustle of the city.

As Ollie walked along the winding trail, they felt increasingly more at peace. They passed pretty fields, rolling hills, meadows, and shady groves. Around them, they saw all kinds of people enjoying themselves. From kids getting their faces painted, to teenagers and adults throwing frisbees, to older couples walking hand-in-hand, to friends chatting by a fountain.

Ollie was, as always, amazed. Such a variety of people and communities rarely congregated together like this anymore. As they approached the bigger communal structures, they saw more people working – chefs, artists, artisans, yoga teachers, horse trainers, meditation guides, and many others. They immediately admired the varied expertise represented around them. It reminded them of why they became a flobo in the first place. There were already many long term campers as well as a full crew of Stewards making sure everything ran smoothly for the campus. Ollie appreciated the efficiency, familiarity and reliability that they knew they could rely on when they visited $CAMP.

Many, many $CAMPuses were now peppered all over the globe. $CAMPuses were being incubated in 120 countries – with most of them starting initially in North America in the early 2020s.

The $CAMPuses are only 10 years old, though. Some are transitioned cooperatives like Old Orchard Beach, others were set up from scratch by purchasing a private land owner's house on the lake, and others still are on land one family member inherited.

The $CAMPuses are here to improve society. Fostering connections, sharing skills, listening, soothing, enlightening, educating, emancipating – those are some of the ways it has already improved humanity.

The $CAMPuses are also facing major challenges. They are still relatively rare (only a handful exist), some are not open to the public (yet), some are thriving, some are struggling, and some are losing momentum. It depends on good people, and $CAMP needed a lot more.

That's why when Ollie read reports about the $CAMPfire gathering last February, they had an uncontrollable desire to be a part of it. During the gathering, Ollie listened to on-the-ground reports on how $CAMPuses were going, and decided they were ready to volunteer as a full steward and caretaker.

The gathering was packed. 300 people were there, representing many more across the planet. Many were early $CAMPers that helped found the movement 10 years ago, while others were young freelancers and educators who fell in love with the concepts. And Ollie was pleasantly surprised at the mix of ages, genders, ethnicities, politics, backgrounds, and abilities.

Their voices were heard throughout the four-day event. They spoke in open spaces, lead workshops, and hosted rituals. Each day featured a different theme:

Ollie felt like their family had circled around - like a spark of energy had ignited in them, and they suddenly realized they could share this feeling with everyone that hadn’t attended the gathering, by tending to the spirit of the $CAMPfire with whomever or whatever land they may find themselves temporarily calling home.

“The desire to build a global $CAMP network came from the inspiration of people coming together to learn, play, create and share, together, in nature.

On March 15th, 2023, local organizer Phong Trinh organized a conference on the flagship $CAMPus where $CAMPers could meet to educate themselves and their community about grassroots land stewardship. The idea was to do this in a relaxed environment, surrounded by nature – that could be later shared with the world. This was the start of A GLOBAL $CAMPFIRE that happens every year in spring at crypto commons around the world.”